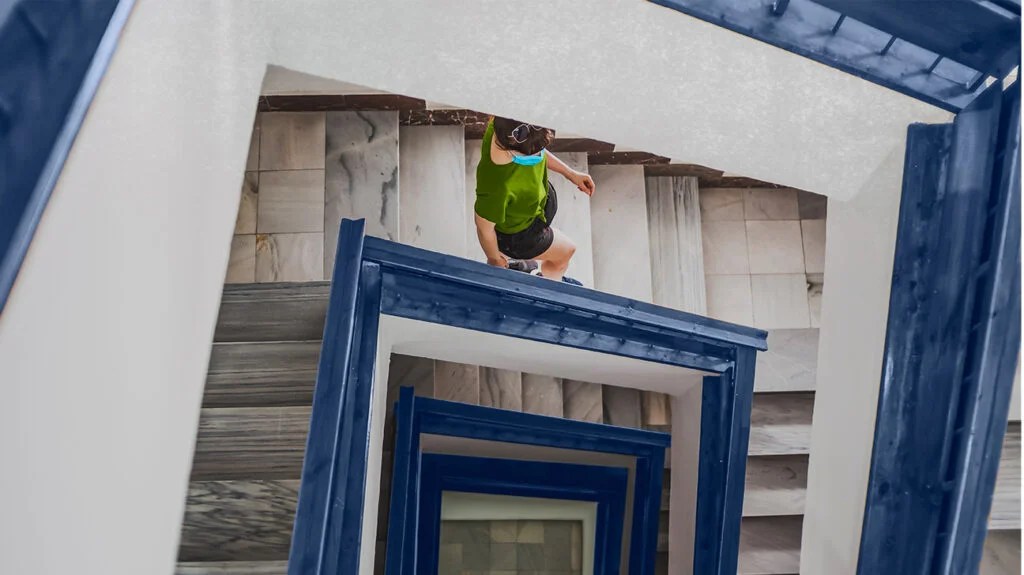 People with COVID-19 often experience various symptoms depending on the severity of their illness. Symptoms appear 2–14 days after exposure to the SARS-CoV-2 virus and last 1–4 weeks on average.

It has been difficult to estimate the prevalence of long-term symptoms following SARS-CoV-2 infection, partly because diagnostic criteria remain unclear.

However, last year, the Office for National Statistics published data suggesting that long-term symptoms occur in 7–18% of people who experienced symptomatic COVID-19.

These long-term effects after COVID-19 are known as long COVID or post-acute sequelae of COVID-19 (PASC).

PASC can range from mild to debilitating, with new symptoms arising or evolving long after the initial infection.

Dr. Brett M. Elicker, M.D., a clinical professor in the Department of Radiology and Biomedical Imaging at the University of California, San Francisco, discusses radiology findings in an editorial that accompanies the recent research.

Dr. Elicker explains that the long-term effects of viral pneumonia depend on the direct injury that the virus causes and the body’s immune reaction to the virus. Damage to the lungs occurs in two patterns:

He was responding to a study that used CT scans to image the lungs of people with persistent symptoms following confirmed SARS-CoV-2 infection. The scans showed air trapping, which indicates small airway disease.

Air trapping refers to pockets of air that become trapped in the lung after breathing out. In other words, they prevent the individual from exhaling completely. Air trapping is common in conditions such as asthma and chronic obstructive pulmonary diseases.

Researchers from the University of Iowa recently conducted a study to understand the long-term effects of COVID-19 on lung function. They published their findings in the journal Radiology.

The study enrolled 100 adults with a confirmed SARS-CoV-2 infection who remained symptomatic for more than 30 days following the diagnosis, with a control group of 106 healthy participants.

The most common persistent PASC symptoms were:

Alongside a chest CT scan, the researchers performed several pulmonary function tests to measure how well the lungs worked. These tests included:

Participants received a chest CT scan within a median of 75 days from diagnosis.

The average percentage of the total lung that air trapping affected was significantly higher in the ambulatory (25.4%), hospitalized (34.6%), and ICU (27.3%) than the healthy controls (7.2%).

He stated that the strengths of the trial were its design and inclusion of only nonvaccinated participants, which reduced confounding effects.

However, it was a small single-center trial that involved only the initial SARS-CoV-2 variant, limiting the generalizability of results to subsequent variants.

Dr. Comellas stated, “The results provide evidence, quantitatively and qualitatively, of airway damage many months after the initial SARS CoV-2 infection, including patients who were initially treated in the ambulatory setting.”

“Despite expected pulmonary functions tests in the ambulatory patients,” Dr. Comellas continued, “30% of their lungs had evidence of small airway disease.” As he explained, for some of the participants, this was more than 6 months after the initial infection.

“This paper suggests that airway obstruction and post-organizational pneumonia [or] DAD fibrosis contribute to persistent symptoms after [SARS-CoV-2] infection with the contribution of airways disease higher in the outpatients, and the contribution of OP [or] DAD greater in the patients admitted to ICU.”

“Longer-term studies assessing the clinical and imaging manifestations 1–2 years after the initial infection are needed to fully ascertain the permanent manifestations of post-COVID fibrosis.”