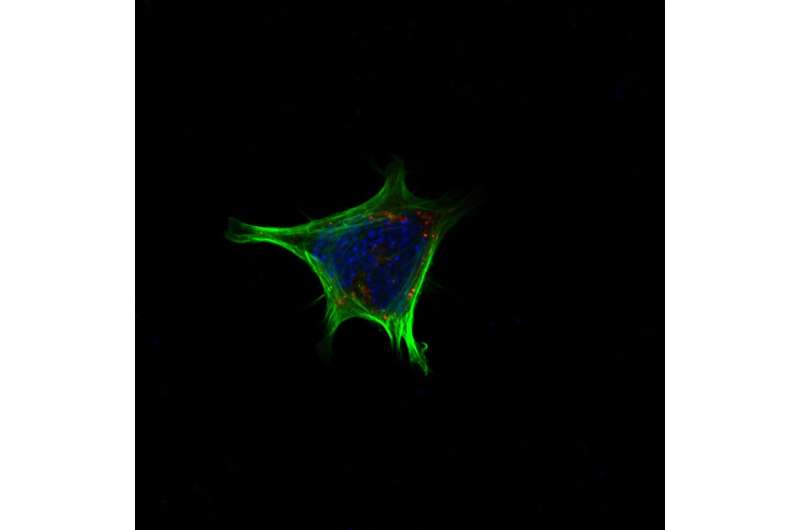 EPFL scientists have discovered a new role for bile acids: they curb appetite by entering the brain. Their findings, which were recently published in Nature Metabolism, provide new insights into the signals and mechanisms by which satiety is controlled and may have implications for treating obesity.

Our brain is usually well protected from uncontrolled influx of molecules from the periphery thanks to the blood-brain barrier, a physical seal of cells lining the blood vessel walls. The hypothalamus, however, is a notable exception to this rule. Characterized by “leaky” blood vessels, this region, located at the base of the brain, is exposed to a variety of circulating bioactive molecules. This anatomical feature also determines its function as a rheostat involved in the coordination of energy sensing and feeding behavior.

Several hormones and nutrients are known to influence the feeding neurocircuit in the hypothalamus. Classic examples are leptin and insulin, both involved in informing the brain of available energy. In the last years, the list of appetite- or satiety-triggering signals has been steadily growing with the identification of several gut hormones. Those are involved in fine-tuning feeding behavior by regulating the perception of hunger or satiety, ultimately leading to the initiation or termination of a meal. The gut-brain axis is thus a critical gatekeeper in regulating feeding behavior.

Bile acids are among the most abundant metabolites in the gut and act as versatile signaling molecules that relay nutrient availability to a physiological response by activating the bile acid responsive membrane receptor, Takeda G-coupled receptor 5 (TGR5). Although the ancient Greeks already postulated that bile may affect our state of mind, we know very little about the signaling role of these metabolites in the brain.

In a new study from the Schoonjans’ lab at EPFL, together with the EPFL Brain Mind Institute and Bertarelli Platform for Gene Therapy, and several collaborators from France, Italy and the US, the authors showed that bile acids reach the mouse brain shortly after a meal to suppress food intake. Bile acids escape the digestive tract, transiently accumulate in the blood circulation, and spike in the hypothalamus for a very short period of time after feeding. The authors demonstrated that the anorexic response of bile acids is mediated by TGR5, located at the cell surface of a distinct group of hypothalamic cells, called AgRP/NPY neurons. When focusing on this neuronal subpopulation, they found that bile acids mediate two processes staggered in time. “While bile acids acutely block the release of appetite-stimulating AgRP and NPY peptides during the first minutes following binding of their cognate receptor, they further reinforce the repression by blunting the expression of these neurotransmitters,” says Alessia Perino, first-author of the paper.