The S1 C-terminal domain of the spike protein of SARS-CoV-2 contains the receptor-binding domain (RBD), which is responsible for interaction with the angiotensin-converting enzyme 2 (ACE2) receptor commonly found on the surface of cells in the lungs and brain, allowing the virus to enter. The function of the N-terminal domain (NTD) of the S1 subunit is less well understood. However, it is known that mutations to the NTD have been associated with increased viral escape from antibodies. 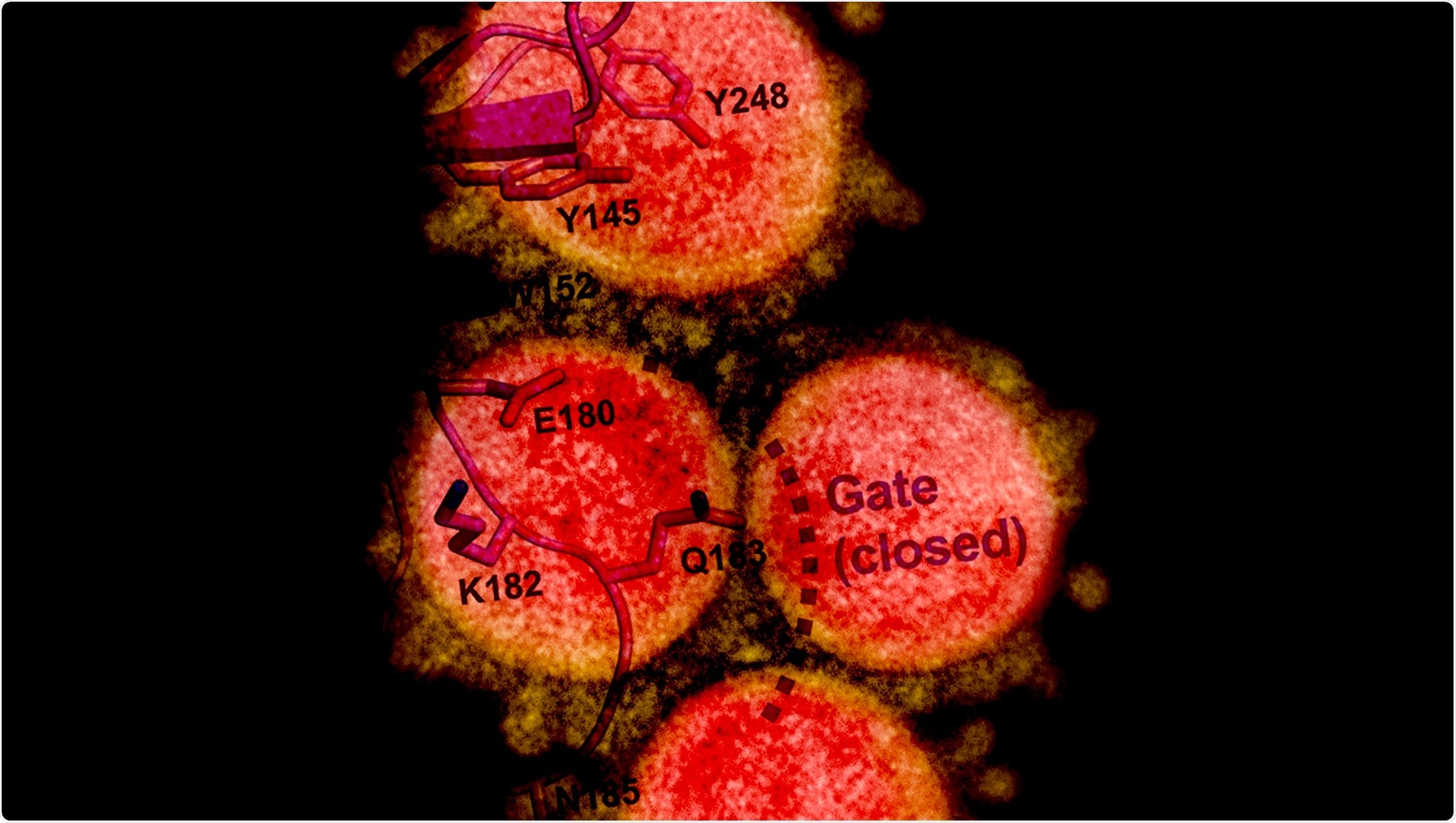 The research group produced a variety of recombinant spike protein antigens by expression in human cell lines exposed to SARS-CoV-2, SARS-CoV-1, one of two other seasonal coronaviruses, or the S1 subunit, RBD, or NTD of SARS-CoV-2 alone. It was noted that once recovered, some of these proteins bore a distinctive green hue with adsorption peaks of 390 and 670 nm, consistent with the presence of biliverdin. This pigment is responsible for the coloration of bruises. SARS-CoV-1, SARS-CoV-2, the S1 subunit, and the NTD contained this pigment, but not the RBD or alternate coronaviruses.

Heme is involved in many cellular processes by interaction with proteins, frequently acting as an oxygen or electron donor during metabolic processes. However, the concentration of heme in the cell is carefully modulated by catabolism to avoid damaging effects, and the first product of endogenous heme detoxification is biliverdin by the action of oxygenase enzymes, then being reduced to bilirubin, the final product. Biliverdin and bilirubin were found to bind with the S1 subunit of SARS-CoV-2 with a dissociation constant of around 10 and 700 nM, respectively, while heme itself had a significantly weaker dissociation constant of around 7 μM.

In order to investigate these interactions more closely, the group employed cryogenic electron microscopy (cryo-EM) and X-ray crystallography, revealing that biliverdin sits deeply within a cleft in the side of the NTD, the pocket is surrounded by hydrophobic residues that impose multiple favorable electrostatic interactions on the molecule, while a number of additional hydrogen bonding and π-π stacking interactions are available to enhance affinity. In particular, the group noted that residues Asn121 and Arg190 of the S1 subunit appear to be highly conserved across coronaviruses, while position 207 is variable. Substitution at these positions was found to have a profound negative effect on the ability of the NTD to bind with biliverdin.

The role of the NTD

The ability of the SARS-CoV-2 spike to enter cells and replicate was unaffected by the presence of biliverdin. However, the authors found that when patient-derived sera were added in combination with a low concentration of the molecule, its presence reduced binding of IgGs to the wild-type protein by as much as 50%. Imposing an N121Q mutation to the spike eliminated the affinity of the protein towards biliverdin, and antibodies bound to the protein at a similar rate as without the presence of biliverdin. To further investigate the antibodies specifically affected by the incorporation of biliverdin into the NTD thirty-eight IgGs that are known to neutralize the SARS-CoV-2 spike protein, in addition to fifteen specifically against the S1 subunit, were assembled by the group and tested against the wild type and N121Q mutant NTD, finding that 17% of the IgGs lost binding affinity towards the wild type form in the presence of biliverdin. Through cryo-EM studies, it was found that biliverdin acts as a “wedge”, which restricts the opening of the NTD and thereby lessens access to the epitope. At this time, details regarding how the affinity of each individual neutralizing antibody is affected by the incorporation of this metabolite have yet to be elucidated.

It is possible that such a mechanism could have evolved in SARS-CoV-2 and its ancestors as a method of conditional unmasking, where it may be useful to a virus to reveal its full identity by an environmental trigger, such as pH. The authors note that both healthy individuals and those already infected with SARS-CoV-2, in particular, bear physiological concentrations of biliverdin sufficient to undergo this incorporation, while the lower affinity bilirubin accumulates to even greater levels. Neutralizing antibodies still possess significantly greater affinity towards the NTD than either of these molecules. However, their much higher concentration combined with fast association-dissociation kinetics appears to allow them to suppress antibody binding.