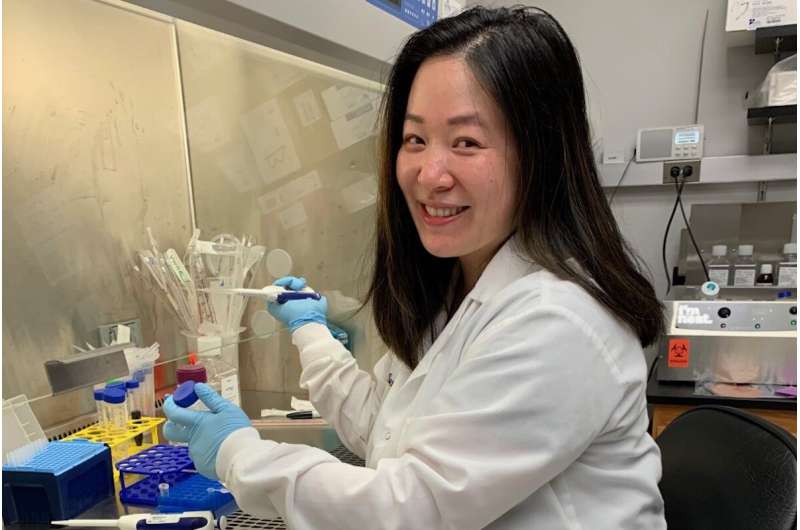 Emory University researchers have discovered a mechanism for skin cell death that could eventually result in new treatments for ailments such as “flesh-eating” infections, alopecia, hives and potentially even the deadliest type of skin cancer, melanoma.

LaRock says the study reveals that a protein his team discovered called gasdermin A induces pyroptosis—a type of cell death—in skin, the body’s largest organ. It is this protein, he says, that serves as an early warning system against bacterial attack by summoning more immune cells to the site.

“In essence, what we see is that skin cells would rather destroy themselves than be taken over by dangerous bacteria,” says LaRock.

The body depends on cell death to stay healthy—although the process can also get accidentally turned on to cause damage. However, until now, not much has been understood about how the process occurs. The new finding advances scientific understanding of cell death because it clarifies what triggers it in the skin.

LaRock points out that bacteria like Group A Strep (GAS), believed to be the main cause of skin infections like necrotizing fasciitis or “flesh-eating” disease, kill and debilitate hundreds of thousands of people each year as clinicians often rely on debridement and amputation because antibiotics alone fail.

“This research shows how skin cells detect GAS and how it can evade antibiotics by hiding intracellularly, and we hope to target these processes so that we can both save lives and reduce the need for surgery,” says LaRock.

LaRock says gasdermin A, the new immunity protein they found during the study, may play an important role in not just protecting against GAS but other pathogens as well. “We are looking at how we can use our finding to target cell death to help us better treat infections, and also conditions such as alopecia, dermatitis, psoriasis and keloid, as those are all diseases which involve skin cell death,” he adds.

The study primarily used cells from volunteers to culture human skin in vitro for infection. A mouse model was also used to examine how the skin interacts with immune cells.

A key question that LaRock and his team are investigating is how the body can tell the difference between a microbe that’s a threat and one that’s benign. Scientists currently know a lot about how that process works in later stages of a disease but less is known at the onset.

“Pathogens like Staphylococcus aureus and GAS complicate our understanding because they blur the line by sometimes being part of the microbiota, sometimes causing mild disease, and sometimes causing severe, deadly disease,” LaRock notes. “It’s important for our body to tell the difference between a dangerous pathogen and a harmless one so we can scale the magnitude of our antimicrobial responses appropriately.”