A new study by Israeli researchers tested the hypothesis that certain SARS-CoV-2 variants of concern can overcome protection conferred by Pfizer-BioNTech (BNT162b2) mRNA vaccine and found evidence of increased breakthrough rates in vaccinated individuals. The research paper is currently available on the medRxiv* preprint server. 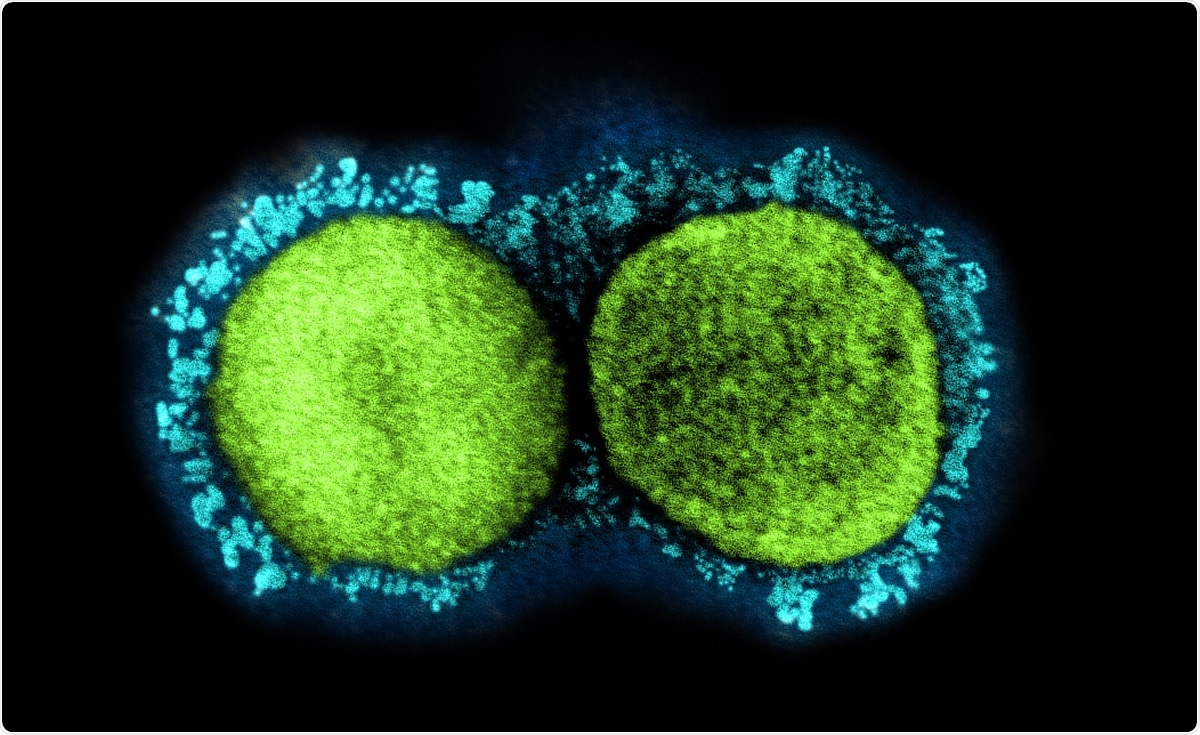 The detrimental coronavirus disease 2019 (COVID-19) pandemic, caused by the severe acute respiratory syndrome coronavirus 2 (SARS-CoV-2), has spread worldwide for over a year. Consequently, mass vaccination that is currently underway on a global scale is our first ray of hope that we will soon mitigate this threat.

Moreover, laboratory studies have found a reduction in neutralization properties against the UK (B.1.1.7) and South African (B.1.351) variants. However, the pertinence of these assays in real-life circumstances is still unclear.

On the other hand, T-cell responses not captured by neutralization studies were shown to be relatively stable after vaccination against these variants. Hence, it remains unknown whether variants of concern can cause vaccine breakthroughs in real-world scenarios, where the vaccine gives rise to robust antibody and T-cell responses.

This is why a research group from Israel, led by Dr. Talia Kustin from Tel Aviv University, conducted a case-control study that appraised whether individuals that received Pfizer-BioNTech mRNA vaccine and had a documented SARS-CoV-2 infection were more likely to become infected with the UK and South African variants in comparison with unvaccinated individuals.

A combination of real-world and case-control approach

In this study, the researchers have identified symptomatic or asymptomatic individuals with documented SARS-CoV-2 infection among members of the Clalit Health Services, i.e., the largest health care organization in Israel. Each ‘vaccinee’ was matched with an unvaccinated control with similar demographic traits in order to reduce bias associated with differential exposure.

This was followed by RNA collection from the polymerase chain reaction (PCR) samples and performed complete viral genome sequencing. Subsequently, the paired set of vaccinated and non-vaccinated carriers has been analyzed using a stringent technique of lineage assignment for every viral sequence.

The power of such an approach emanates from the mixture of real-world evaluation and stringent case-control matching strategy, which allowed ruling out a confounding effect as a cause for a high proportion of any given variant. 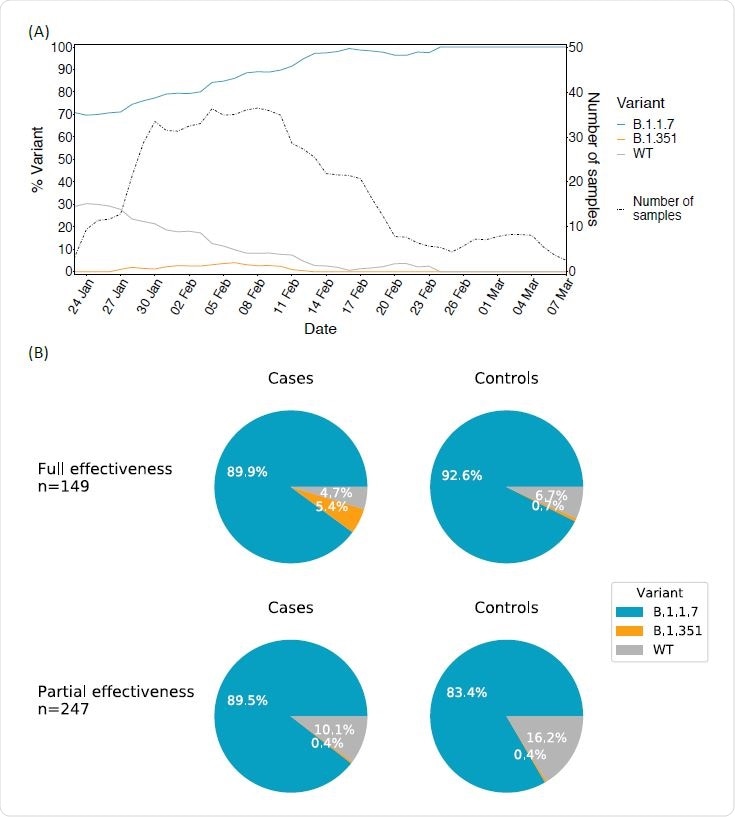 Variants of concern and vaccine effectiveness

“From a biological point of view, the breakthrough cases observed in this study might either be due to immune evasion of both strains, or the ability of B.1.17 to create higher viral loads”, say study authors in this medRxiv paper.

“Given the low frequency of B.1.351 across time, our results overall suggest that selection does not strongly favor the B.1.351 variant in the particular conditions in Israel”, they further emphasize.

Taking into account the low frequency of South African variant, the researchers suggest that vaccine effectiveness in combination with authorized non-pharmaceutical interventions may be sufficient to prevent its spread and that the UK variant may outcompete the South African one – perhaps due to its established high transmission rate.

In any case, this study underscores the significance of tracking viral variants in a meticulous framework, but also the importance of vaccination which is currently the safest and most efficacious way of preventing the ongoing spread of current (and possible future) SARS-CoV-2 variants of concern.

Dr. Tomislav Meštrović is a medical doctor (MD) with a Ph.D. in biomedical and health sciences, specialist in the field of clinical microbiology, and an Assistant Professor at Croatia's youngest university – University North. In addition to his interest in clinical, research and lecturing activities, his immense passion for medical writing and scientific communication goes back to his student days. He enjoys contributing back to the community. In his spare time, Tomislav is a movie buff and an avid traveler.