ME & MY OPERATION: Quick stitch in my stomach ended years of awful reflux – Yvonne was the first in the UK to have new op and, as she reveals, the results were remarkable 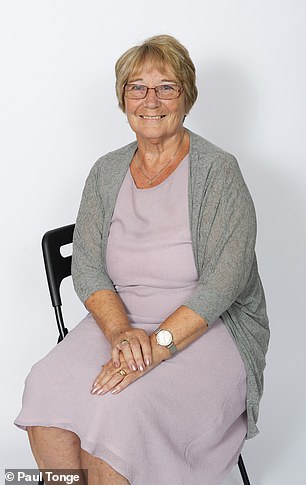 Pioneer: Yvonne Jones, 78, from Stourbridge, West Midlands, was the first in UK to have a new procedure for chronic acid reflux

Every day, I used to suffer dreadful heartburn and was often sick after meals. It began about five years ago, a year before I was diagnosed with a hiatus hernia, where part of the stomach moves up into the chest.

The hernia wasn’t painful, but caused my severe reflux symptoms — the heartburn and vomiting — which got worse over time.

The doctors told me the hernia could not be fixed surgically due to scar tissue from previous surgery for a perforated bowel, so I was prescribed proton pump inhibitor (PPI) pills to cut the amount of acid produced in my stomach.

They didn’t help — they made me feel even more nauseous. It got to the point where I was vomiting after every meal. My life had become a nightmare.

According to my husband Bob, I became short-tempered. It was impossible to go out for a meal, and tough visiting relatives when I couldn’t eat without incident. I had to give up the auxiliary nursing work I was doing, too.

Eventually, my consultant suggested a new procedure — surgery that could be done endoscopically, going down my throat, rather than through an incision, so it wouldn’t disturb any scar tissue.

They would insert two stitches in the upper stomach near the sphincter to tighten it and fix the herniated tissue that was pressing up through it. But I would be the first in the UK to have it done, and there were no guarantees.

I didn’t think twice. My symptoms were affecting my whole life.

I had an endoscopy screening, where they passed a camera down my throat to take a look at the hernia, and then waited to hear whether they could go ahead with the op.

Seven months later, while on holiday in France, I got a call saying they could do it, but I would have to return straight away. Any delay could mean waiting another two years for the surgery, so we went home.

Because I was the first case, it was carried out under general anaesthetic and I was kept in overnight, but I’m told it can now be done as a day case. 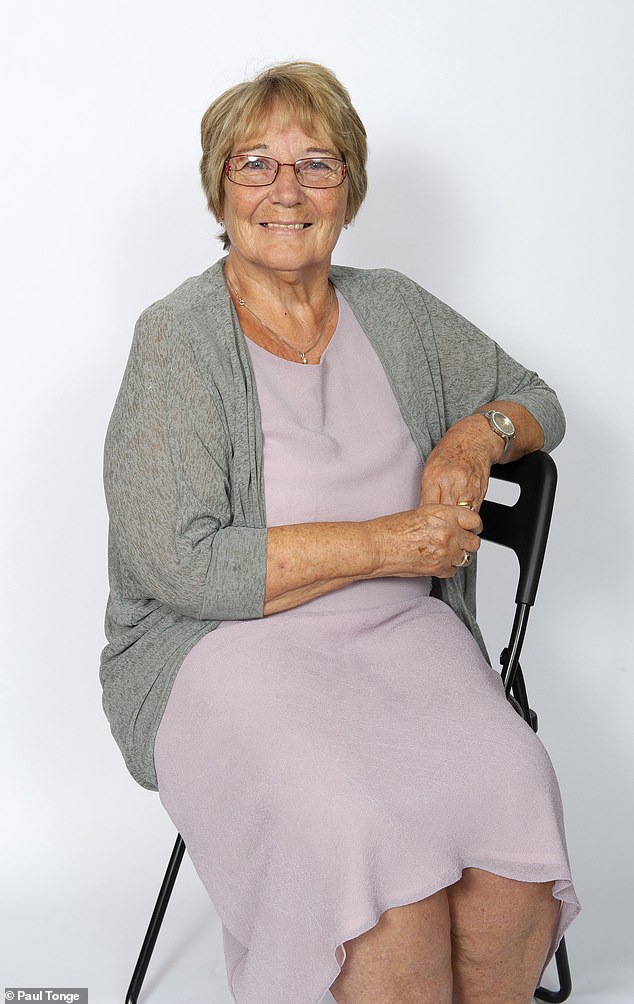 ‘Since the operation, I’ve had no indigestion or acid reflux. I haven’t felt sick at all and I haven’t needed the pills. I have never felt so fit and well,’ she says

After the operation, I had a sore throat and chest for a few days. However, that soon went.

Since the operation, I’ve had no indigestion or acid reflux. I haven’t felt sick at all and I haven’t needed the pills.

I have never felt so fit and well. Bob tells me the improvement has been amazing and that I am back to the woman he met when I was 16!

Sauid Ishaq is a consultant gastroenterologist at Russells Hall Hospital in Dudley.

acid reflux — or gastro-oesophageal reflux disease — is common. Ten to 20 per cent of adults suffer symptoms at least once a week — mainly heartburn or regurgitation.

When we swallow, a band of muscle around the bottom of the oesophagus (gullet), known as the lower oesophageal sphincter, relaxes to allow food and liquid into the stomach, and then closes to seal it in.

If the sphincter relaxes abnormally or weakens, stomach acid can flow back up and, over time, it irritates the oesophageal lining, often causing it to become inflamed. If left untreated, a persistent state of acid reflux can lead to Barrett’s oesophagus, which can develop into cancer.

Reflux can be painful and can severely affect quality of life, as well as disrupt sleep.

It’s mainly treated with strong acid suppressants called proton pump inhibitors that work by stopping cells in the lining of the stomach producing too much acid.

– A small risk of bleeding or perforation.

Professor Raj Persad, consultant surgeon at North Bristol NHS Trust, says: ‘As with many types of surgery which are becoming less invasive, this procedure is a major advance.

‘Avoidance of general anaesthetic and damage to scarred tissues, and clear visualisation internally of what the operator is trying to achieve are clear advantages.’

If taken over many years, PPIs can cause side-effects such as diarrhoea, fatigue and kidney injury. Inhibiting stomach acid production can lead to poor absorption of calcium, which can be factor in osteoporosis (crumbling bones), and vitamin B12, which can cause tiredness, and make a patient vulnerable to bowel infection. A third of PPI users are not satisfied with the results of medication or cannot tolerate the side-effects.

They can be offered surgery known as laparoscopic fundoplication — keyhole surgery in which the upper part of the stomach is wrapped around the lower end of oesophagus and stitched in place to tighten the lower oesophageal sphincter to stop reflux of acid.

(Despite this surgical intervention, more than 30 per cent of patients end up having to use PPIs long term after a few years.)

Too loose a wrap can lead to relapse of reflux symptoms; too tight can lead to bloating and inability to burp, leading to uncontrolled flatulence.

However, our team has been using a new method, endoscopic fundoplication, to reduce these risks by avoiding an incision.

Instead, we go through the mouth to reach the stomach with a special instrument called a GERDx device, using a tiny camera to see what we’re doing. Then, instead of wrapping the stomach around the sphincter, we create a fold by pulling and suturing tissue of the upper stomach very close to the oesophageal sphincter.

These permanent folds act as valves stopping acid reflux from going into the oesophagus.

Under deep sedation, an endoscope, a narrow tube-like device that carries a tiny camera, is inserted through the mouth and down the oesophagus to the junction with the stomach.

A wire is then inserted along the same route. Then the new GERDx device is inserted over the wire into the stomach.

This device has a two arms at its tip. When these are opened, a retractor comes out and pulls up and folds the stomach wall. The arms of the device are then closed to sandwich the tissue which we suture in place.

Once completed, the instruments and the retractor are removed, but the sutures remain to hold the tissue in place permanently. Afterwards, the patient will be monitored and usually discharged as a day case.

A temporary sore throat and abdominal or chest pain is expected, but serious complications such as bleeding and perforation are rare.

This is an incisionless, short and patient-friendly procedure with long-term effectiveness. Our studies so far show the patients we treated are symptom-free without the need to use PPIs after more than a year.