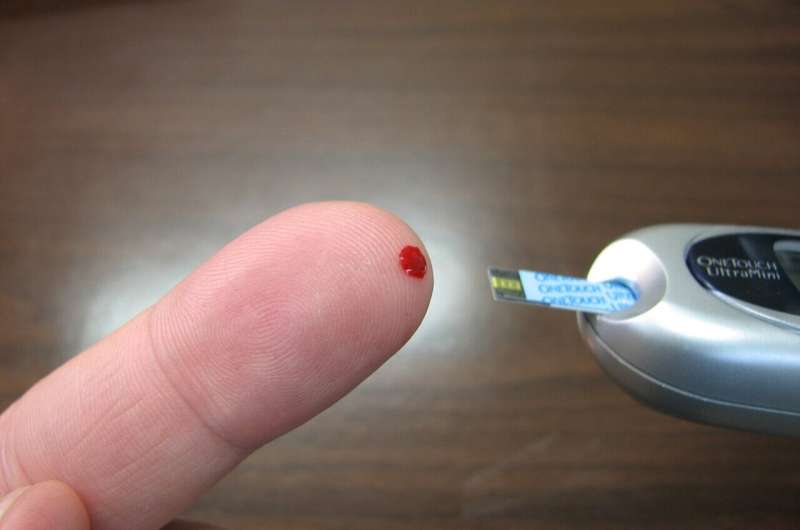 A new study published in Diabetologia (the journal of the European Association for the Study of Diabetes) finds that later bedtime routines and poor quality of sleep are associated with higher blood glucose levels and poorer control of blood sugar following meals.

The authors examined whether night-to-night fluctuations in sleep duration, efficiency, or timing affect postprandial (after meal) glucose response to breakfast the following day.

Diet, exercise, and sleep are fundamental components of a healthy lifestyle; however, the role that sleep plays in affecting the body’s control of blood sugar in people who are generally healthy has been subject to relatively little study so far. Sleep disorders often occur alongside other health problems, which allows them to act as a measure of general health.

Quality of sleep also has a direct causal effect on many life-threatening conditions such as cardiovascular disease, obesity, and type 2 diabetes (T2D); and disturbed sleep caused by conditions such as obstructive sleep apnoea is associated with both the prevalence of T2D and the risk of complications arising from the disease. This and other evidence suggest a strong link between both the quality and duration of sleep, and the ability of the body to properly regulate glucose levels.

The authors note: “While there have been numerous large prospective cohort studies focused on the relationship between self-reported sleep, disease and wellbeing, objective data on sleep and postprandial glucose metabolism typically comes from small studies conducted in tightly controlled settings and in specific population subgroups such as those suffering sleep disturbances owing to pregnancy, sleep apnoea, depression, obesity or diabetes…Because of this, there is a need for greater evidence of the effects of sleep on glucose metabolism in healthy individuals.”

The researchers looked at the relationship between sleep (duration, efficiency, and the midpoint between going to sleep and waking up) and postprandial glycaemic response (change in blood glucose levels after eating a meal) to breakfasts of varying macronutrient composition in a study group of 953 healthy adults from the UK and U.S.. Participants were enrolled into the ZOE Personalized REsponses to DIetary Composition Trial 1 (PREDICT1), the largest scientific nutrition studies of their kind in the world, which was conducted over 14 days and involved them consuming standardised test meals with a known content of carbohydrates, fat, protein, and dietary fibre. Blood sugar was monitored using a continuous glucose monitoring (CGM) device which took sample data every 15 minutes for the entire duration of the study, while sleep monitoring was performed by an actigraphy unit: a device worn on the wrist which measures the participant’s movements.

The study found that while there was no statistically significant association between length of sleep period and postprandial glycaemic response, there was a significant interaction when the nutritional content of the breakfast meal was also considered. Longer sleep periods were associated with lower blood glucose following high-carbohydrate and high-fat breakfasts, indicating better control of blood sugar. Additionally, the researchers observed a within-person effect in which a study participant sleeping for longer than they typically would was likely to have with reduced postprandial blood glucose following a high-carbohydrate or high-fat breakfast the next day.

The authors also found a significant link between sleep efficiency (ratio of time asleep to total length of sleep period), which indicates disturbed sleep, and glycaemic control that was independent of the nutritional makeup of the following day’s breakfast. Participants with higher sleep efficiency were on average more likely to have lower postprandial blood glucose than those with lower sleep efficiency. When a participant slept more efficiently than they did normally, their postprandial blood glucose also tended to be lower than usual.

Timing of sleep had a significant effect with a later sleep midpoint being associated with higher blood glucose. This effect was primarily caused by changes to sleep onset (falling asleep later) rather than differences in sleep offset (waking later) and was observed to negatively impact glycaemic control both when comparisons were made between study participants, and when looking at variations in the sleep patterns of individual participants.

The authors say: “Our data suggest that sleep duration, efficiency and midpoint are important determinants of postprandial glycaemic control at a population level, while illustrating that to optimise sleep recommendations it is likely necessary to tailor these to the individual…These findings underscore the importance of sleep in regulating metabolic health, and a combination of both general and more personalised sleep guidelines is likely to be necessary to enable patients to minimise their risk of metabolic disease.”