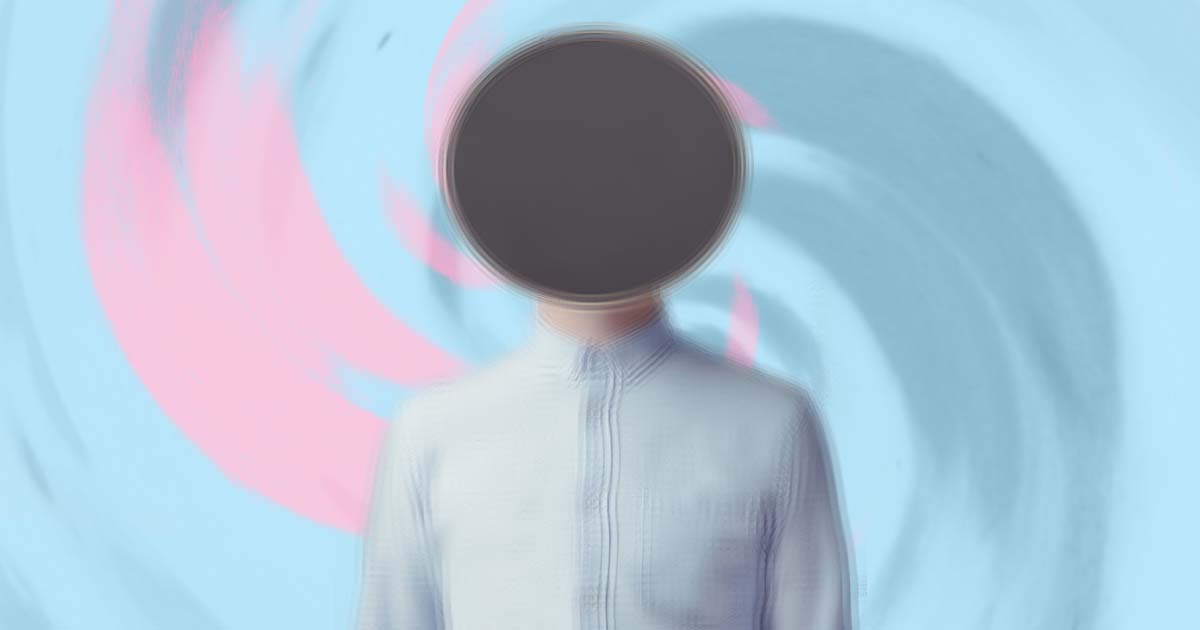 ‘Everything is just completely flat,’ says Joe Perkins on this week’s episode of Metro.co.uk’s mental health podcast, Mentally Yours.

Joe Perkins is a vlogger and writer who, for the last 14 years, has lived with depersonalisation disorder (DPD).

It’s a condition that’s little understood and discussed; something that Joe hopes to change with a book detailing his experiences, called Life On Autopilot.

DPD can be hard to explain without relying on metaphors. It’s a type of dissociative disorder, which means it involves feeling disconnected from yourself (depersonalisation) or reality (derealisation).

It’s also hard to get diagnosed. On average, it takes between seven and 12 years for someone with depersonalisation disorder to confirm that that’s what they’re up against.

For Joe, that process took 10 years.

What is depersonalisation and derealisation disorder?

Everyone can experience depersonalisation or derealisation at some point in their life. But it becomes a disorder when this experience is chronic, meaning it doesn’t go away.

Depersonalisation is where you have the feeling of being outside and observing yourself from a distance. You don’t feel connected to what you feel, say, or do.

Derealisation is where the world around you doesn’t feel real.

Depersonalisation and derealisation can occur separately or together, and can be constant or come in and out.

Symptoms of depersonalisation include:

Symptoms of derealisation include:

His symptoms began just after he completed his A-Levels, after smoking weed for the first time. Since then, he has lived in a ‘constant, dreamlike state’, removed from himself and everyone around him – 24 hours a day, seven days a week.

It was an article in a newspaper that finally gave Joe some answers, but years on, he still hasn’t found anything that helps.

Now, Joe hopes to raise awareness of the illness, and at least help other people with an explanation of what’s going on in their mind, even if he doesn’t know how to help them reconnect to their selves.

We spoke with him about his experience of depersonalisation disorder, the connection between drug use and DPD, why he doesn’t really experience love, and more on our podcast, Mentally Yours.

‘The whole experience of depersonalisation feels like you’re playing a character, but the character is yourself,’ Joe tells us. ‘It’s like you’re on stage playing yourself.

‘You know what emotional response you should have to a certain situation, and you act it out as if you’re on a stage. But inside you feel so removed from it.

‘You feel like a ghost. Things pass through you.’

You can listen to Mentally Yours on Spotify, Audioboom, and Apple Podcasts.

To chat about mental health in an open, non-judgmental space, join our Mentally Yours Facebook group.