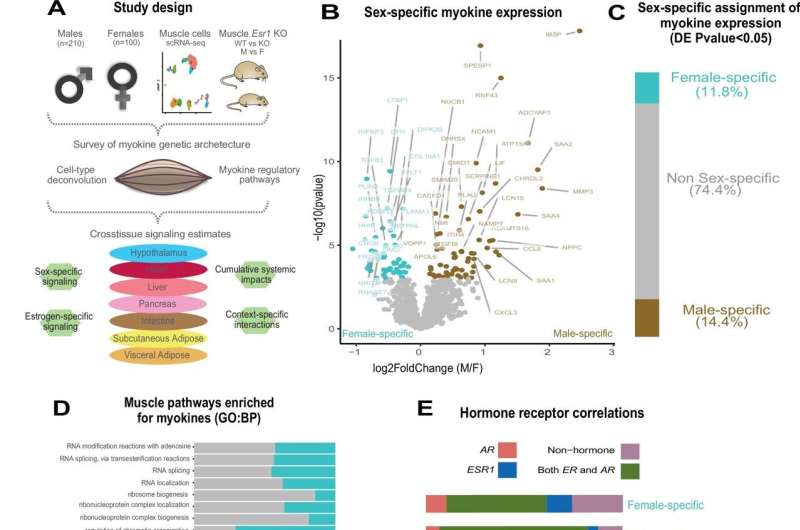 A new University of California, Irvine-led study identifies sex-specific circuits of muscle signaling to other tissues, and that the organs and processes of muscle impacts are markedly different between males and females. This new discovery provides insight into how muscle functions, such as exercise, promote healthy longevity, metabolism and improve cognition.

The study, titled “Genetic variation of putative myokine signaling is dominated by biologic sex and sex hormones,” and published in eLife, is the first to evaluate how genetic architecture influences muscle signaling to other tissues, highlighting that sex and estrogens are critical determinants of these processes.

“Muscle is critical for maintaining metabolic state and disruption of muscle function is a hallmark of diseases such as obesity, type 2 diabetes and cardiovascular disease,” said senior author Marcus M. Seldin, Ph.D., assistant professor of biological chemistry at UCI School of Medicine.

Muscles secrete proteins called myokines, which play roles in a variety of processes by interacting with other tissues. Essentially, myokines allow skeletal muscles to communicate with organs such as the kidneys, the liver or the brain, which is essential for the body to keep its metabolic balance. Some of the processes in which myokines are involved include inflammation, cancer, the changes brought about by exercise, and even cognition. Despite the clear relevance of myokines to so many physiological outcomes, the way these proteins are regulated and their effects are not well understood. 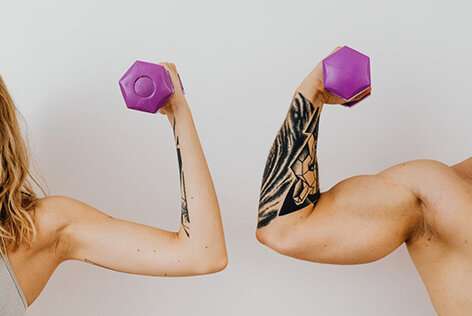 For this study, the research team performed a survey of genetic correlations focused on myokine gene regulation, muscle cell composition, cross-tissue signaling and interactions with genetic sex in humans. While expression levels of a majority of myokines and cell proportions within skeletal muscle showed few relative differences between males and females, nearly all significant cross-tissue enrichments operated in a sex-specific or hormone-dependent fashion; in particular, with estradiol. These sex- and hormone-specific effects were consistent across key metabolic tissues: liver, pancreas, hypothalamus, intestine, heart, visceral and subcutaneous adipose tissue. This study highlighted a few examples, such as muscles signal more to the pancreas in females, compared to males where the liver is dominant.

“We already know that skeletal muscle plays an integral role in coordinating physiologic homeostasis. In this study, we sought to understand how muscle interacts with metabolic tissues and illustrate the importance of considering the effects of genetic sex and sexual hormones when studying metabolism,” said Seldin.