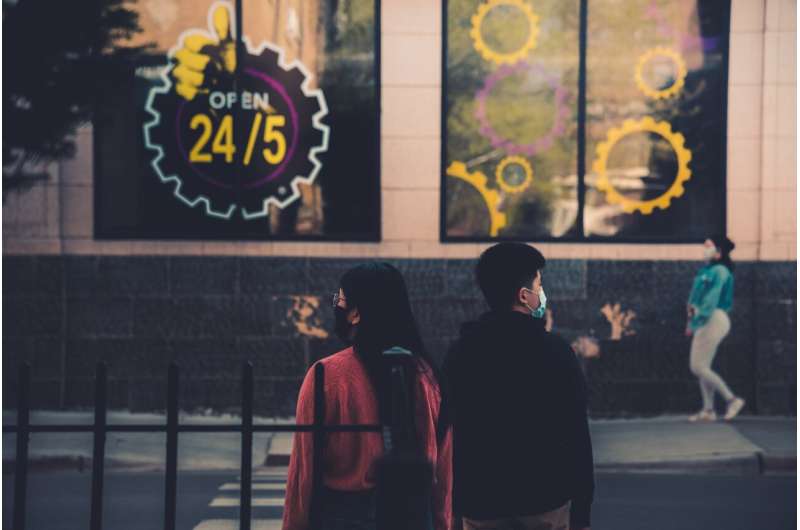 A new study shows hotspots of SARS-CoV-2 infections in Canadian cities across four provinces, linked to occupation, income, housing and proxies for structural racism. The study, which looked at infections in 16 urban centres in British Columbia, Manitoba, Ontario and Quebec, is published in CMAJ (Canadian Medical Association Journal).

The COVID-19 pandemic has had variable impacts across provinces and within cities, with some regions more affected than others. To better understand the factors contributing to the concentration of SARS-CoV-2 infections in geographic areas, researchers analyzed provincial surveillance data from January 2020 to February 2021.

There were 62 709 SARS-CoV-2 cases in BC, 15 089 in Manitoba, 239 160 in Ontario and 215 928 in Quebec recorded in the 16 census metropolitan areas that were included in the study. They accounted for 81%, 57%, 83% and 80% of all confirmed cases in each province, respectively. Researchers observed concentrations of cases according to social determinants of health, such as income, housing, essential work, visible minority status and more. They found that visible minority status was the social determinant of health that was important across all cities, with variations in the others.

These findings are consistent with those of other studies from Canada as well as Sweden, the United States and other countries showing higher rates of SARS-CoV-2 in racialized communities or diverse neighbourhoods.

The authors call for city-specific public health supports like geographic hot-spot initiatives, such as vaccination rollouts and access to mobile and outreach testing with wrap-around support for quarantine and isolation, that are tailored to effectively reach and meet the prevention and care needs of communities at disproportionate risk of COVID-19.