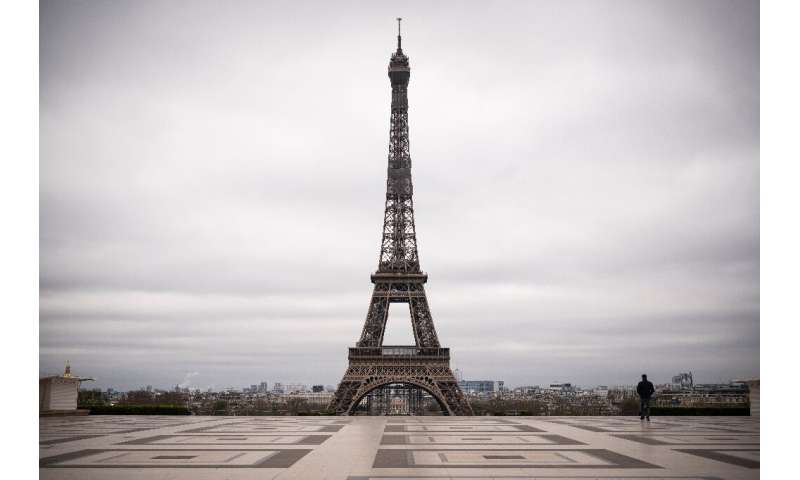 Almost one billion people were confined to their homes worldwide Saturday as the global coronavirus death toll shot past 11,000 and US states rolled out stay-at-home measures already imposed across swathes of Europe.

The fast-spreading pandemic has completely upended lives across the planet, restricting movement, shutting schools and forcing millions to work from home.

Around 30 percent of Americans were adjusting to life in various phases of virtual lockdown—including in the US’s three biggest cities of New York, Los Angeles and Chicago—and more states were expected to ramp up restrictions.

The virus death toll crossed 11,000 worldwide, with more than 4,000 alone in worst-hit Italy, while Spain reported a 32 percent spike in new deaths.

An estimated 900 million people are now confined to their homes in 35 countries around the world—including 600 million hemmed in by obligatory government lockdown orders—according to an AFP tally.

While the elderly and those with pre-existing medical conditions are the hardest hit by the virus, the World Health Organization has warned that young people are also vulnerable.

China on Saturday reported no new local infections for a third straight day, and the WHO said the central city of Wuhan, where the virus first emerged late last year, offered a glimmer of “hope for the rest of the world.” 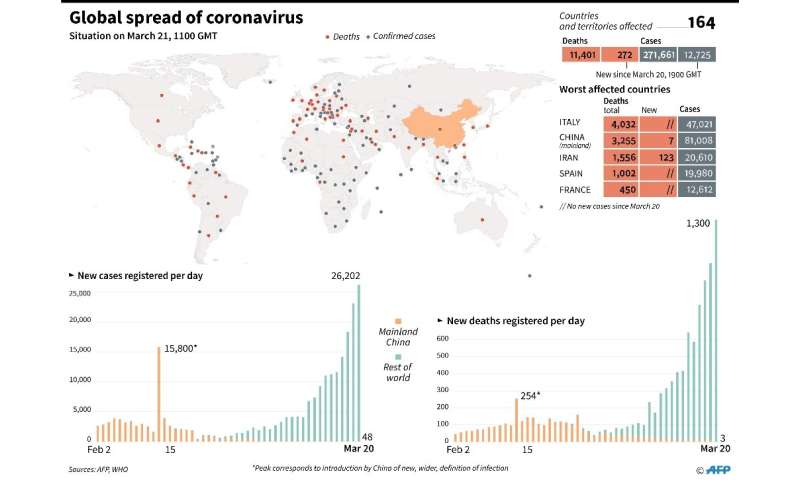 But there are growing concerns of a new wave of “imported” infections in the region, with Hong Kong reporting 48 suspected cases on Friday –- its biggest daily jump since the crisis began. Many of them have a recent history of travel to or from Europe.

Italy reported its worst single day death toll Friday, adding another 627 fatalities and taking its reported total to 4,032 despite efforts to stem the spread.

The nation of 60 million now accounts for 36 percent of the world’s coronavirus deaths and its death rate of 8.6 percent among confirmed infections is significantly higher than in most other countries.

France, Italy, Spain and other European countries have ordered people to stay at home, threatening fines in some cases, while Bavaria became the first region in Germany to order a lockdown. 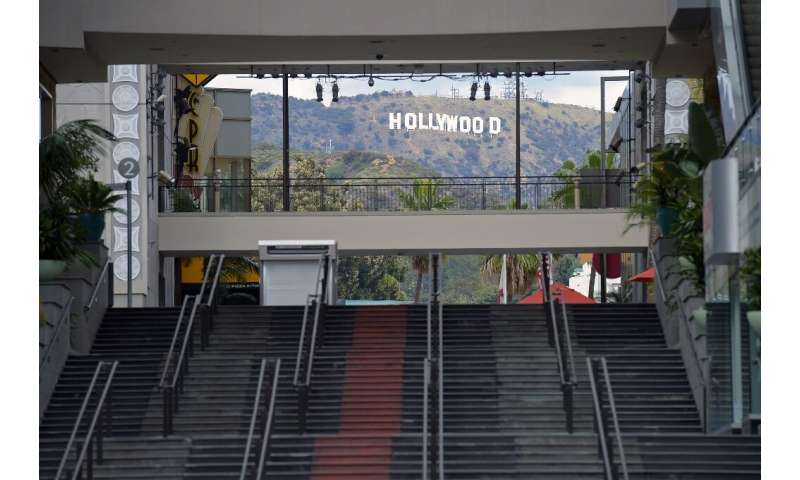 With virus fears gripping the United States, New Jersey was expected to follow other several states, including California New York and Illinois, in telling residents to stay at home.

The orders to stay indoors unless absolutely necessary affect around 100 million Americans—or about 30 percent of the population of 330 million.

Governor Andrew Cuomo warned New Yorkers on Saturday that the disruption is likely to last for months.

“I don’t believe it’s going to be a matter of weeks,” he said.

US President Donald Trump applauded the New York and California decisions, but insisted on Friday that he did not think a nationwide lockdown was needed.

A restriction on non-essential travel over the US borders with Canada and Mexico was due to come into force Saturday.

US lawmakers resumed talks on Saturday to reach an agreement on a $1 trillion emergency aid package, amid fears of widespread economic fallout because of the pandemic. 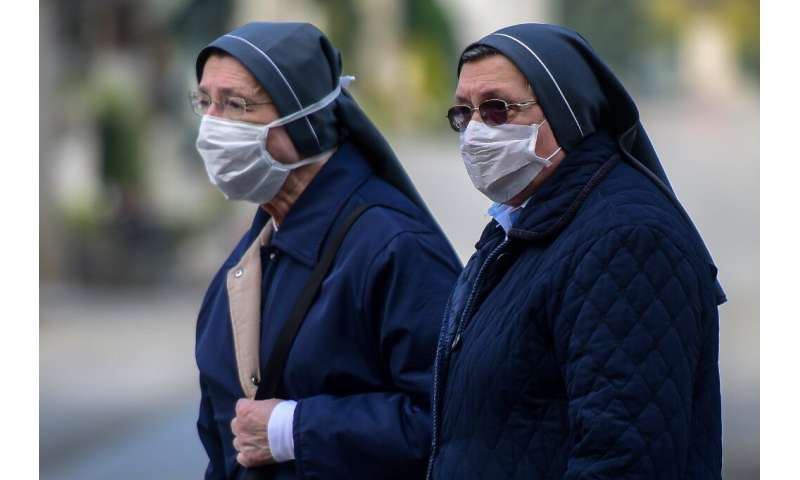 In sport, the US athletics federation joined mounting calls for the Tokyo Olympics to be postponed.

“The right and responsible thing to do is to prioritize everyone’s health and safety,” USA Track and Field chief Max Siegel said in a letter to the US Olympic and Paralympic Committee (USOPC).

The strict confinement measures follow the template set by China, as a lockdown imposed in Hubei province, of which Wuhan is the capital, appeared to have paid off.

Europe now accounts for more than half of the world’s fatalities linked to COVID-19.

Accurate figures are difficult to come by, however, as many of those who die suffer from other illnesses, and infection rates are uncertain because of a lack of testing in many countries.

In a sign of the shifting center of the crisis, China has sent medical supplies to European nations struggling to cope with the pandemic, including Greece, which received 500,000 medical masks from Beijing on Saturday. 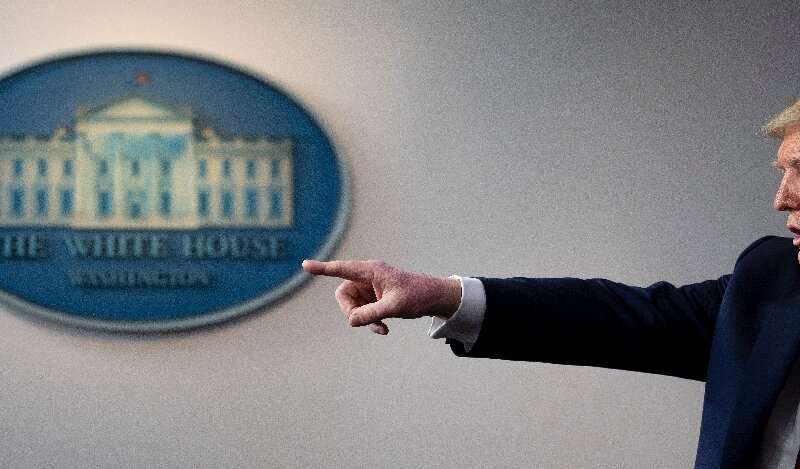 The shadow of the virus is lengthening across Africa and the Middle East as well.

Cases stand at more than 1,000 across Africa, where health care systems are fragile and social distancing is not possible in many crowded cities.

In Iran, which reported 123 new deaths Saturday, both supreme leader Ayatollah Ali Khamenei and President Hassan Rouhani promised the country would overcome the outbreak—but still refused to join the rest of the world in imposing heavy restrictions.

In Latin America, Bolivia ordered citizens to stay at home from Sunday, and Colombia said it would begin mandatory isolation from Tuesday. 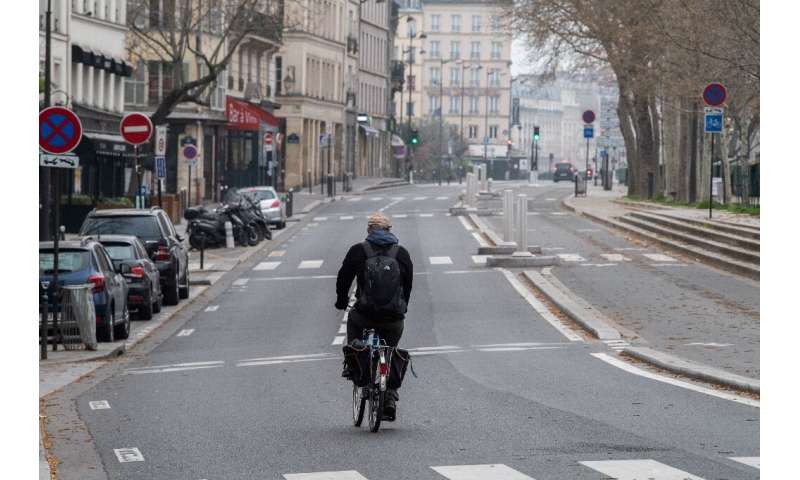 Rio de Janeiro’s beaches will be off-limits to sunseekers from Saturday, leaving street vendors worried how they will survive with limited government support.