Although multiple sclerosis (MS) affects millions of people worldwide, severely impacting their lives, to this day it remains unclear exactly what causes it, and there is currently no cure. What is the latest research on MS investigating, and what do the experts say about future research avenues? 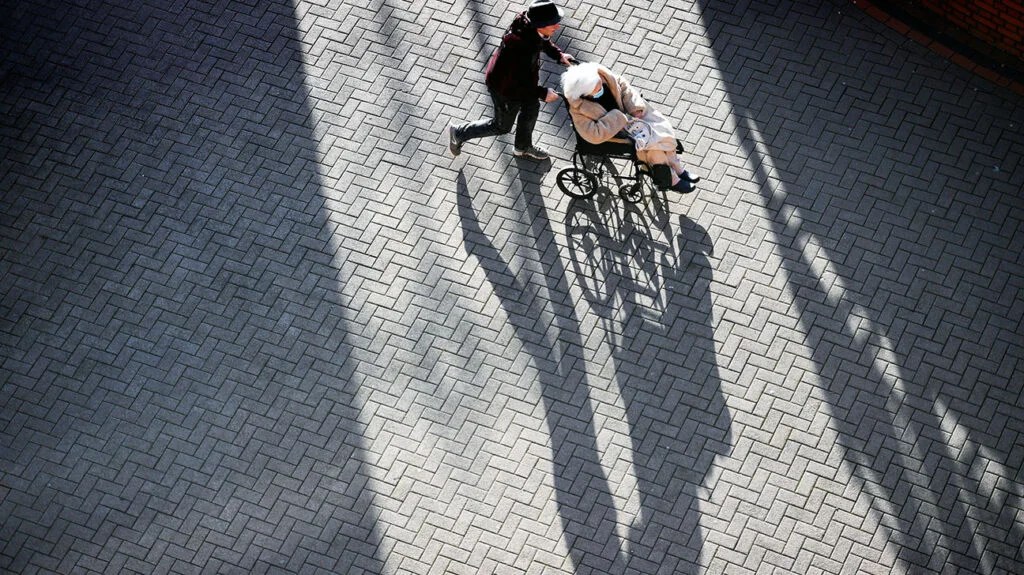 MS is a chronic disease of the central nervous system. The expert consensus is that MS is an autoimmune condition, in which the immune system wrongly targets the myelin sheath — the layer of cells that surround and protect nerve fibers.

It is one of the most common autoimmune conditions, affecting approximately 1 in 1,000 people in the United States and Europe.

Symptoms vary from person to person, but they commonly include muscle weakness, muscle spasms, tingling and numbness, bladder incontinence, dizziness, fatigue, loss of libido, and pain, amongst others.

There is currently no single test to diagnose MS. Doctors usually diagnose it on the basis of reported symptoms and physical and neurological examinations.

The way in which the disease exhibits largely falls into one of two types:

Although MS has no cure, there are treatments that can be effective in slowing progression, improving symptoms, and extending periods of remission.

There are many researchers and organizations working to better understand this condition and improve the lives of those it affects. In this feature, we look at some of the key studies of the past year and present some expert perspectives on the impact of this research.

Dr. Catherine Godbold is research communications manager at MS Society UK, the largest charitable funder of MS research in the United Kingdom. The MS Society is involved in three key clinical trials that she described as reaching “major milestones in the last year.”

In April, the University of Cambridge recruited its first participant in a study to test the potential of two existing drugs in promoting myelin repair.

Another study, ChariotMS, has also begun recruiting. It is testing whether a drug called cladribine, an immunomodulatory drug already used to treat relapsing-remitting MS, could be effective in people with advanced progressive MS.

Dr. Godbold explained why this is important:

Another study, MS-STAT2, is looking at whether simvastatin, a drug commonly used to treat high cholesterol, could also be used to slow secondary progressive MS.

This phase 3 trial completed its recruitment in August 2021, building on previous research that showed simvastatin to have positive impacts on measures of MS.

Speaking about the significance of this particular study, Dr. Godbold noted that “if simvastatin is successful it could be the first neuroprotective drug for MS licensed, which would be really exciting.”

Asked what a standard timeline from trial to treatment might be, she explained that “MS is a condition that usually advances gradually, so to be able to show that progression is slowing takes a long time.”

“You need to track participants for maybe three or four years to be able to measure efficacy […] It’s a decade or decade and a half to get a drug from a lab into a pharmacy,” she added.

This is why Dr. Godbold expressed enthusiasm for Octopus, a large multi-arm multi-stage (MAMS) trial run at University College London: “We need to make the [trial] process as efficient as it can be. That’s what Octopus is trying to do.”

Describing the process she said:

“[I]t’s multi-arm, so you can test several different treatments against one control groups. It’s multi-stage, so you start with a few hundred people, and if it looks promising at the interim analysis, an MRI scan, then you add more people […] all that data contribute to the final analysis, which will be the measure of disability progression […] These MAMS studies have really revolutionized [treatments for] some other conditions.”

Also seeking to improve the rate at which treatments for MS can be achieved is a project called The Pathway to Cures Roadmap.

Dr. Mark Allegretta, vice president of research for the National MS Society, a U.S.-based non-profit, spoke to Medical News Today about this work.

“The National MS Society is convening scientific, medical, and public health leaders to contribute to the most promising pathways to cures and to cultivate global collaboration,” he explained.

“The research is focused on three distinct, yet overlapping, pathways: stopping MS disease activity, restoring function by reversing damage and symptoms, and ending MS by preventing new cases […] Endorsed by over 26 national and international MS organizations, it will drive progress by increasing alignment and focus of global resources on high priority research questions.”

Asked what upcoming research he is looking forward to seeing results of, he said: “Bruton’s tyrosine kinase, or ‘BTK,’ plays a central role in the differentiation and survival of B cells. Given what we know about the role of B cells in MS, BTK inhibitors are logical therapeutic candidates to explore, and pharmaceutical companies are currently evaluating them in late-stage clinical trials.”

As well as drug trials, scientists across the globe have also been continuing to investigate the biological processes involved in MS.

One such study investigated if there is any link between MS and the Epstein-Barr virus (EBV). EBV infects about 95% of adults, but usually causes no symptoms.

Using data from regular routine blood tests of U.S. military personnel they looked at the rate of EBV infection in those who went on to develop MS versus a control group who did not. They found that those with EBV were 32 times more likely to develop MS.

Commenting on this research Dr. Goldbold said: “This paper was a really convincing piece of evidence that EBV is an important cause of MS […] It could be game-changing, but it’s still at [an] early stage because we don’t have EBV vaccines yet. They’ll need testing in adolescents because around 9 in 10 people are infected with EBV by the time they reach adulthood, and then we’ll have to wait to see if any are then diagnosed with MS in the future.”

“That won’t help people who have MS now.” she pointed out, but “there are some researchers targeting [immunological] memory cells that remember the virus and that could potentially help treat people.”

She is referring to another study published in Nature at around the same time, which suggested a mechanism by which EBV might trigger MS.

It found that a type of EBV antigen had a molecular similarity to a cell surface protein of the central nervous system. They identified an antibody present in approximately 20-25% of MS patients that cross-reacted with both the EBV antigen and CNS protein.

Also looking into the underlying causes of MS was a team from the Institute of Experimental Immunology at the University of Zurich. Their study looked at differences in the immune systems of 61 pairs of monozygotic, or identical, twins, where one has MS and the other does not, in order to understand more about the interplay between genetics and environmental factors.

“The risk of developing MS has a familial link […] This becomes most evident in monozygotic twins, where if one twin has MS the risk for the other twin almost is 30%, [whereas the risk] across the population is usually less than 1 in 1,000 […] Such a dramatic jump is clear proof that MS has a strong genetic component,” he explained.

But unlike certain diseases where the disease is caused by one faulty gene, MS is more complex. As Prof. Becher described, “MS is a ‘polygenic disease,’ where many genes come together to create an elevated susceptibility to MS.”

He outlined the study’s approach:

“The twin cohort is the key to the success of the paper […] The only way to really understand the environmental triggers of MS is to eliminate the genetic [variation]. The way to do this is to find monozygotic twins, where one has MS and the other is apparently healthy, and then compare these two in very detailed analysis.”

Detailing the results, he said: “The first thing we found out was very sobering. In previous studies, we and other research teams compared MS patients to healthy individuals and observed certain features more common in the immune systems of MS patients, but our twin study showed these differences in immune signatures are driven primarily by the genetics.”

“In other words,” he explained, “when we compared the twin pairs, there was no apparent difference in [the] overall makeup of their immune system.”

“It tells you that whatever triggers MS has to be much more subtle,” he noted, “so we had to go into much more detail to look at immune cell communication […] in order for these cells to communicate with one another they’ve developed a ‘language,’ mediated through molecules called cytokines.”

Describing their findings he said: “We were able to identify two leukocyte (white blood cell) populations affected in MS and independent of the genetic predisposition […] One was within T-Cells, the adaptive immune cells which form immunological memory and target specific pathogens, and the other we found within a population of monocytes, white blood cells that go into tissues and ‘eat’ infected and unhealthy cells.”

“There’s a cytokine called interleukin-2. We found both interleukin-2 and its receptor to be dysregulated in the MS twin and not in the healthy sibling,” he noted.

Asked about how the study might help the future of MS treatment, Prof. Becher said “[i]t’s not feasible to just block this receptor, it is vital for the function of our immune system, but if we are able to identify just what kind of miscommunication in this pathway led to the disease we may be able to reprogram that very specifically, without suppressing the entire immune system.”

The year has also seen progress in a number of tech-based solutions to MS treatment, including the potential of an online programme to reduce symptoms of depression in people with MS, and the therapeutic potential of virtual reality tools.

There has also been some progress regarding methods of diagnosing MS. One literature review applied new artificial intelligence models to show the potential of computer-based analysis of various measures for detecting MS.

Another team developed a new antibody test to detect a type of protein often found in the cerebrospinal fluid of people with MS that could offer an easier diagnostic tool than the more commonly used alternatives.

With 240 scientific articles published in the last year on MS it is clear that there is a lot of active research taking place.

Continued advances in therapeutic treatments as well as a growing understanding of the underlying causes provide hope that more successful treatments and preventive solutions may be on the horizon.