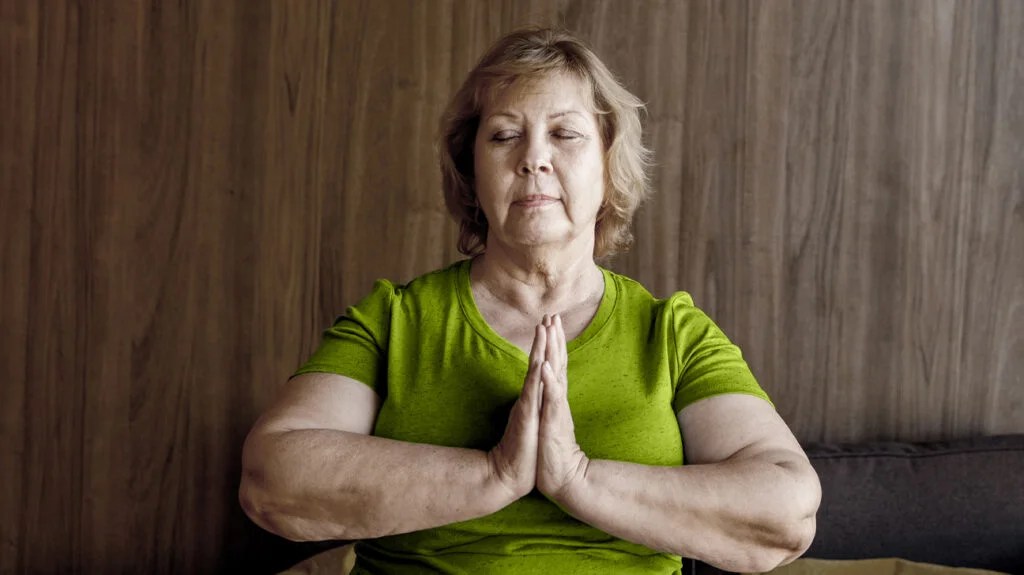 According to a small comparative study, published in General Psychiatry, prolonged and consistent deep meditation may regulate the gut microbiome, which has the potential to improve physical and mental health.

Meditation includes a variety of practices that encourage the integration of the mind and body. These techniques range from keeping focus and concentration on a particular sensation to simply being present, without making any judgments.

According to this new study, the gut microbiomes of a group of 37 Tibetan Buddhist monks were significantly different to those of 19 local residents.

Previous research in people and rodents suggests that the microbiota found to be enriched in the monks may be associated with a reduced risk of anxiety, depression, and cardiovascular disease.

Studies indicate that the gut microbiome can influence emotions and behavior through the gut-brain axis, which includes the immune system, hormone signaling, stress response, and the vagus nerve — which plays a key role in the parasympathetic nervous system and regulates various essential bodily functions.

What is the microbiota-gut-brain axis?

Dr. Adil Maqbool, from the Allama Iqbal Medical College in Lahore, Pakistan, not involved in this research, explained the concept to Medical News Today.

He noted that “the relationship between the gut microbiota and several diseases, including IBD, hepatic steatosis, diabetes, and malignancies, has now been established as an important discovery.”

“When we use term ‘gut-brain axis’ we are talking about a connection between brain and gut with neurotransmitters. Even [the] gut has its own neuronal system called [the] enteric nervous system, which has pretty much [the] same neurotransmitters which we see in [the] brain. Thus, many call it the second brain of our body. And the microbiota in our gut has an impact on this neurological system.”

“Therefore, it is undeniable that the gut microbiota is essential for good health and can play a significant role in the development of chronic disease prevention strategies. But when I see it, I see another connection which this microbiota making in our gut,” Dr. Maqbool said.

What did the new study involve?

According to the researchers, Tibetan Buddhist meditation is derived from the ancient Ayurveda system, a method of psychological training.

The monks who participated in this study had been engaged in their meditation practice for at least 2 hours daily for a period ranging from 3 to 30 years.

They examined stool and blood samples from 37 Tibetan Buddhist monks from three temples, as well as 19 residents living in nearby areas.

None of the participants had taken any substances that can change the amount and variety of gut bacteria, such as antibiotics, probiotics, prebiotics, or antifungal medication, in the previous 3 months.

Both groups were matched, meaning they were comparable in terms of age, blood pressure, heart rate, and diet.

What did they find?

The researchers explained how certain bacteria that were more prevalent in the meditation group have previously been associated with a lower risk of mental illness in studies of rodents and people.

This led them to infer that meditation may affect certain bacteria that may have a role in mental well-being.

The researchers then used an advanced analytical method to predict the chemical processes that the microbes might be influencing.

This revealed that several anti-inflammatory pathways that protect against inflammation, as well as metabolism, the process of converting food into energy, were enhanced in the meditation group.

Finally, analysis of blood samples showed that levels of agents linked to an increased risk of cardiovascular disease, such as total cholesterol and apolipoprotein B, were significantly lower in the monks when compared with their neighbors.

Dr. James Giordano, Pellegrino Center professor of neurology and biochemistry at Georgetown University Medical Center, also not involved in this research, told MNT that “this study provides novel insight to the potential correlation of meditative practices — as well as perhaps other durable lifestyle factors — of Buddhist monks on the gut-brain axis in general, and constitution of the gut microbiome, more specifically.”

“Such findings support a growing body of evidence to suggest that a variety of lifestyle, health and social, and environmental variables can affect the gut-brain axis both via ‘top-down’ (brain to gut), as well as ‘bottom up’ (gut to brain) mechanisms, which could be important for regulating a number of physiological functions that are health promotional and sustaining.

It should be noted that this study is observational, which means there may be differences between the groups other than meditation that account for the differences in their microbiomes.

The study also did not detail the mindfulness or meditative practices of the control group, and the number of participants was small, all were male, and lived at high altitude, making it difficult to make any firm or generalizable conclusions.

Participants were not assessed for their mental health or the presence of cardiovascular disease, so potential health implications could only be inferred from previously published research in humans and rodents.

Yet, based on their findings, the researchers suggest that the role of meditation in preventing or treating disease warrants further investigation.

“There has been growing evidence to support that certain lifestyle experiences and practices of Tibetan monks can invoke and sustain health promotional benefits. As well, there have been investigations to demonstrate positive effects of certain forms of meditative practices on a number of neurological, and psycho-physiological functions that are important to sustaining health and promoting stress resilience.”

How does meditation play a role?

Dr. Maqbool explained how meditation has been shown to have a significant impact on stress hormones, which can contribute to inflammation. It is well-known for its calming effect on the brain.

As both stress hormones and inflammation can affect gut bacteria, practicing meditation can help to balance these hormones and decrease inflammatory markers, potentially protecting the gut microbiome.

Both experts agree that more research is needed. However, Dr. Giordano highlighted three important implications of this research for patients and the public:

In conclusion, Dr. Maqbool said, “for [the] general public, it is more important to be aware of the fact that “your gut plays an important role towards your general well-being.”

Ultimately, following healthy eating and meditation practices will be beneficial for people, even before the specific processes or pathways alluded to in this research are identified.