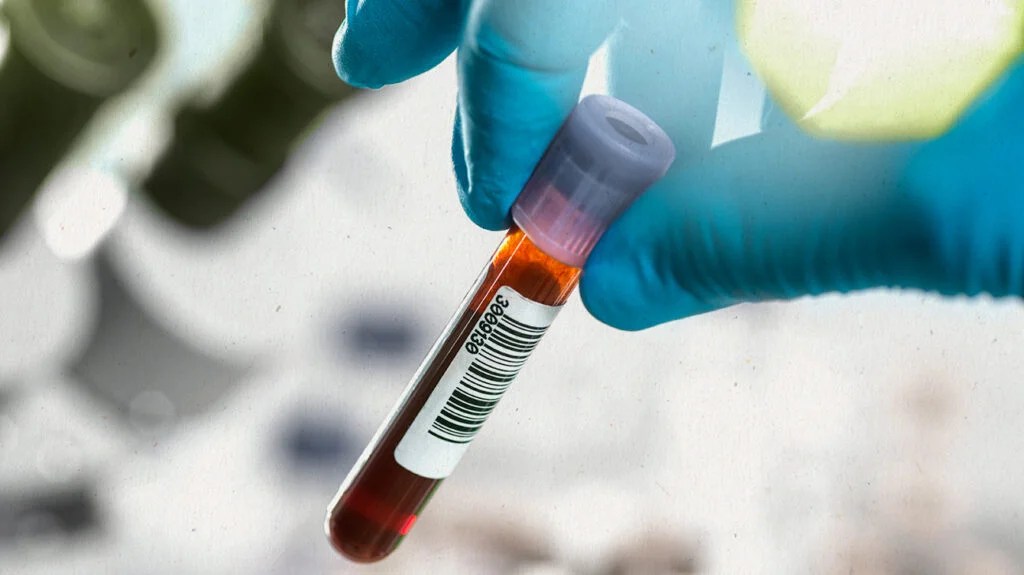 The novel noninvasive test, named Lung Cancer Artificial Intelligence Detector (LCAID), assesses the levels of lipid biomarkers in plasma samples. The high accuracy of this test suggests that it could be potentially deployed in combination with current screening techniques to improve the detection of early-stage lung cancer.

“The accuracy and high specificity of LCAID might help improve the detection and screening of lung cancer and consequently reduce unnecessary exposure to radiation and invasive diagnostic procedures. Notably, most patients with lung cancer included in this study were at Stage I, and over 90% of them were correctly classified by LCAID.”

The research describing the development and validation of this new test appears in Science Translational Medicine.

Lung cancer is the leading cause of death due to cancer, accounting for nearly 25% of all cancer deaths in the United States.

Early detection of lung cancer before it metastasizes, or spreads, can substantially improve a person’s chances of treatment and survival.

For instance, according to the American Lung Association, around 56% of lung cancer patients have a chance of survival at 5 years after diagnosis when the tumor is localized to the lungs.

In contrast, individuals with distant tumors that have spread to tissue beyond the lungs have a 5-year survival rate of only 5%.

Low dose computed tomography (low dose CT scans), the recommended test for lung cancer screening, has associations with a reduction in mortality but often results in the misdiagnosis of healthy individuals.

“Although several blood-based tests have been developed to aid in classifying lung cancer, there is still a paucity of noninvasive and reliable methods and biomarkers for early-stage lung cancer detection. Therefore, the establishment of an effective way to detect early-stage lung cancer and to screen high-risk populations is an important clinical challenge,” said Dr. Wang.

Metabolites are the intermediate and end products of metabolic processes. The development of a lung tumor brings about a change in the metabolism of the lung tissue, potentially resulting in a change in the level of specific blood metabolites.

Such changes in the metabolic profile associated with a disease, such as lung cancer, are often more pronounced than changes in gene expression. Thus, changes in metabolite concentrations can serve as sensitive biomarkers for the disease.

Moreover, currently available techniques allow for the rapid and accurate detection of a large number of metabolites from biological samples, such as plasma and urine.

They conducted RNA sequencing on lung tissue samples obtained from individuals with early-stage lung cancer and healthy individuals to characterize the differences in gene expression profiles.

The development of a tumor provokes changes in the surrounding environment to aid the survival of the tumor. This tumor microenvironment consists of new blood vessels to supply nutrients to the tumor, immune cells, and other non-malignant cells.

In other words, the tumor and tumor microenvironment is composed of a wide variety of cells that differ in their gene expression profiles.

The researchers wanted to characterize the gene expression profiles of the multiple different cell types present in the tumor and tumor microenvironment at the individual level rather than examining the expression profile of the entire population of cells.

The researchers achieved this using a single-cell RNA sequencing technique, which provides the gene expression profile at the single-cell level.

Upon comparing the gene expression profile of lung cancer cells with healthy cells, the researchers found a difference in the expression levels of genes associated with lipid metabolism in the tissue samples from people with lung cancer.

Their results suggested that 13 pathways involved in lipid metabolism were dysregulated in tumor and non-tumor cells obtained from individuals with lung cancer.

Upon testing the algorithm, the researchers found that it could predict the presence of lung cancer with high accuracy based on the 2,100 lipid metabolites.

To reduce the time and analytical effort required to detect lung cancer, the researchers refined this approach to identify a small number of lipids from this large lipid metabolite pool that could predict the presence of early-stage lung cancer.

The researchers found that the levels of nine lipids could accurately identify people with early-stage lung cancer from participants without lung cancer.

Based on these results, the researchers developed an LC-MS test to specifically assess the levels of the nine short-listed lipids. They named the test Lung Cancer Artificial Intelligence Detector (LCAID).

Next, the researchers assessed the performance of the LCAID test when used for the screening or detection of early-stage lung cancer. Specifically, they assessed the ability of LCAID to detect lung cancer cases in 109 people scheduled to undergo thoracic surgery and screened a further 1,036 asymptomatic individuals.

The LCAID test detected early-onset lung cancer with an accuracy of 91.74% and 96.53 % in the thoracic surgery and screening groups, respectively.

The test had a sensitivity of over 90% and a specificity of over 92% in the surgery and screening groups.

The researchers also checked whether these nine lipids measured in plasma samples were differentially expressed in lung tissue of people with lung cancer.

The high accuracy and low false-positive rate of the LCAID test suggest that using it in combination with low dose CT scans might improve lung cancer detection.

The LCAID test can also simultaneously run 24 samples, and it takes about 90 minutes to collect the samples and run the test. This makes it suitable for large-scale screening and diagnosis of early-stage lung cancer.

The author acknowledged that their study had limitations. The majority of samples used to develop this test came from individuals with lung adenocarcinoma, a specific sub-type of lung cancer.

Moreover, there were fewer people with other lung cancer subtypes, including small-cell lung cancer and squamous carcinoma, than encountered in clinical practice.

The authors also cautioned that samples used for the development and validation of the test came from an Asian population, and the test may require further validation before it can be used more widely.