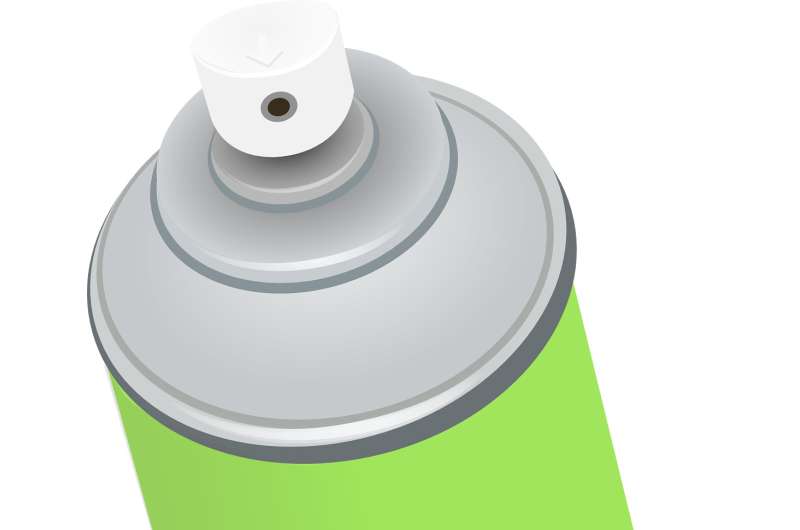 Anti-perspirant and deodorant body sprays have been found to contain elevated levels of the carcinogen benzene and should be recalled, an independent testing lab said in a petition filed with the U.S. Food and Drug Administration late Wednesday.

The sprays are the latest in a string of aerosol products found to contain the cancer-causing chemical, including sunscreens and antifungals. Earlier this year, Johnson & Johnson recalled certain aerosol sunscreen sprays under the brands Neutrogena and Aveeno. Beiersdorf AG recalled some Coppertone sunscreen sprays in September. The next month, Bayer AG pulled certain Lotrimin and Tinactin sprays used for athlete’s foot and jock itch after tests showed some samples contained benzene.

The efforts to get the contaminated products off of shelves came after Valisure, an independent testing lab in New Haven, Connecticut, alerted the FDA to its findings of benzene in sun care products in May. Valisure has followed up in recent months by testing 108 batches of antiperspirant and deodorant sprays from 30 brands, and detected benzene in 59 batches at levels as much as triple the amount it found in sunscreens and detailed in the petition to the FDA.

Anti-perspirant sprays from Procter & Gamble Co. brands Old Spice and Secret contained the highest levels of benzene. An anti-perspirant spray from Walmart Inc.’s Equate brand and one from Unilever PLC’s Suave were also high on the list. Most of the sprays that Valisure found to contain benzene were meant only for underarms, though the lab did find some benzene in a Victoria’s Secret & Co. spray deodorant meant to be used all over the body and a Summer’s Eve spray from Prestige Consumer Healthcare Inc. meant for the vaginal area.

The companies and the FDA didn’t immediately respond to requests for comment. P&G fell 0.7% at 9:43 a.m. in New York trading, and Unilever dropped 1.1% in London.

Valisure found that products that contained butane were most likely to have elevated benzene levels. Those that used alcohol as a propellant instead were least likely to be contaminated with the carcinogen.

David Light, chief executive officer of Valisure, said he’s concerned the contamination may be coming from the raw materials companies use as propellants, such as butane and propane that are petroleum distillates produced by refining crude oil.

“Butane is lighter fluid,” Light said. “Propane is the same thing you use to light your grill. These gases come out of the ground, as benzene does as well. Benzene is a known contaminant of these products. It seems likely these propellants are the source.”

It’s difficult to track and ensure the purity of raw materials even in pharmaceutical products. Consumer goods, meanwhile, are more lightly regulated by the FDA. The pharmaceutical industry has been dealing with its own contamination problem related to probable carcinogens called nitrosamines and mutagenic impurities called azidos that have been found in drugs over the last few years stemming from side chemical reactions that are sometimes the result of raw materials that aren’t properly purified.

The FDA doesn’t have a clear benzene threshold in products. Its guidance for drugs is that benzene levels can reach up to 2 parts per million only if its use in manufacturing is unavoidable for a product that represents a significant therapeutic advance. Valisure has asked the FDA to set clear benzene guidance.

Valisure found benzene levels up to almost 18 parts per million in the antiperspirant and deodorant sprays. Yale University’s Chemical and Biophysical Instrumentation Center confirmed the presence of benzene in a sampling of the sprays through separate tests. Valisure also found spray products that didn’t contain any detectable benzene, including a deodorant from Sanofi’s Gold Bond and antiperspirants from Unilever’s Axe and Degree.

Valisure first detected benzene in consumer products in March when it tested hand sanitizers. The benzene levels were particularly high in those that came on the market to fill a gap when supplies of the cleansers ran low at the start of the COVID-19 pandemic. It’s possible the benzene in hand sanitizers may have been introduced during the manufacturing process when germ-killing alcohol is purified. Alcohol is also sometimes used as a propellant in aerosols.