In states with the least restrictive reproductive rights policies, there is a reduced likelihood of low birth weight. This association was strongest for Black mothers. 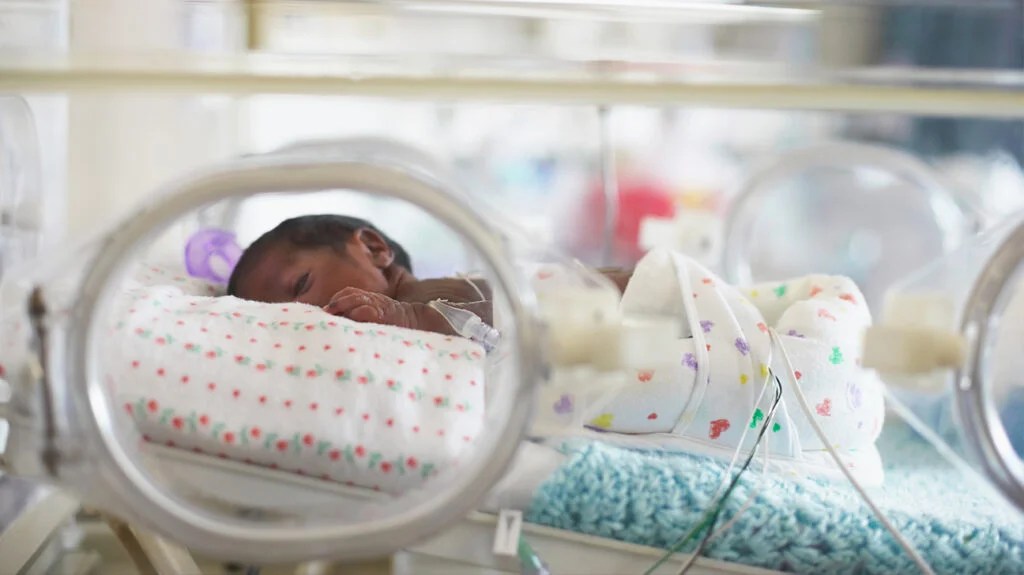 Previous research by the International Conference on Population and Development has found that reproductive rights are associated with better health.

Conversely, areas in the United States with the most restrictive reproductive rights policies also have the highest infant mortality rates and increased odds of preterm birth and low birth weight.

So says a new study that explores the effect of such policies on low birth weight, particularly among women of color.

In states with less restrictive reproductive rights policies, the study finds that 7% more babies are born at healthy birth weights. For Black mothers, that number rises to 8%.

The study now appears in the American Journal of Preventive Medicine.

According to lead investigator May Sudhinaraset, from the Department of Community Health Sciences at the University of California, Los Angeles Fielding School of Public Health, “Our study provides evidence that reproductive rights policies play a critical role in advancing maternal and child health equity.”

Healthcare professionals class infants as having a low birth weight if they are born weighing less than 5 pounds (lb) and 8 ounces. This is common among premature babies.

Such infants are more likely to experience developmental issues. They may also have trouble staying warm, eating, maintaining weight, and fighting infection and disease.

A range of other problems are associated with low birth weight, including respiratory, neurological, digestive, eye, and ear problems, as well as a higher incidence of sudden infant death syndrome.

As the Black Lives Matter movement casts light on the pervasiveness of systemic racism in the U.S., the harmful effects of racism on health outcomes among women of color were of particular interest to the researchers.

Studies show that Black women experience more pregnancy-related complications and are more likely to die during pregnancy and childbirth than white women.

These women may also receive a lower standard of maternity care.

In analyzing data for the study, Sudhinaraset and colleagues focused on the effect of reproductive rights on women of color — in particular, to address the lack of previous research.

“Despite the increasing restrictions on reproductive rights in recent years, there are remarkably few empirical studies assessing the association between state-level restrictive reproductive policies and adverse birth outcomes by nativity status and race/ethnicity.”

The researchers analyzed the records of 3,945,875 births throughout America’s 50 states and the District of Columbia in 2016. They acquired the data from the National Center for Health Statistics.

Sudhinaraset and colleagues identified infants born earlier than 37 weeks into gestation and those born weighing less than 5.51 lb.

To assess the effect of reproductive rights restrictiveness on birth weight, they sorted the states into three groups. These were:

The strongest association between low birth weight and reproductive restrictiveness was in U.S.-born, not foreign-born, Black women.

Therefore, Sudhinaraset and team suggest that Black women may benefit the most from expanded reproductive rights policies in states where they are currently most restrictive.

The health of these women, says the study, may be the cumulative product of generations of systemic racism.

The study also refers to historical incidences of involuntary and nonconsensual sterilization and “degrading notions of Black motherhood,” both of which cause “infringements to reproductive autonomy and high levels of mistrust of the healthcare system.”

“Addressing the adverse consequences of structural racism requires examination of the historical and present-day policies that negatively affect women of color.”

“Important policy levers can and should be implemented to improve women’s reproductive health overall, including increasing abortion access and mandatory sex education in schools.”