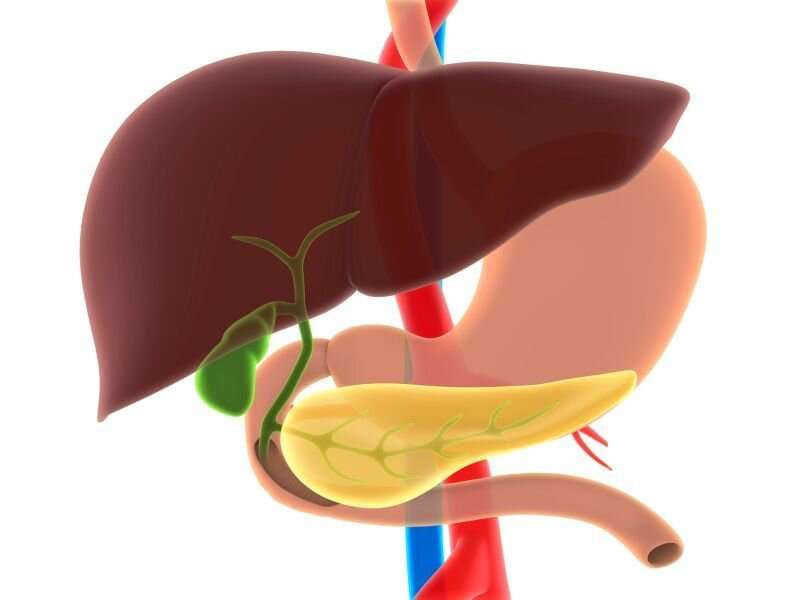 (HealthDay)—Most people aren’t aware of the signs of gallbladder or bile duct cancer, but the Rutgers Cancer Institute of New Jersey says they should be.

The gallbladder is a small organ connected to the liver by bile ducts. Its job is to store bile, which is made by the liver to aid in digestion of fats.

When cancer develops in the gallbladder, it usually starts in the innermost layers and gradually spreads to surrounding tissues.

That makes it hard to detect early or during a routine physical exam because the gallbladder is tiny and largely hidden by the liver. Fortunately, gallbladder cancer is rare.

Although it usually doesn’t cause symptoms until later, sometimes signs do appear, including lumps in the belly, nausea and or vomiting, abdominal pains, weight loss and jaundice.

Bile ducts are thin tubes that move bile from the liver to the small intestine. Bile duct cancer is caused by abnormal growth of cells in any portion of the duct system.

Chronic inflammation of the bile ducts increases the risk of bile duct cancer, as do age and inflammatory bowel disease.