The Heartbreak Kid: Ben Stiller stars in trailer for 2007 film

Having been first diagnosed back in 2014, Stiller spoke publicly for the first time about his cancer diagnosis in 2016 claiming that the prostate specific antigen (PSA) test saved his life after it detected his tumour. Since being declared cancer-free after an anxious three months and following surgery, Stiller publicly spoke out about the importance of the PSA test and the role it plays within diagnosing this common cancer, particularly for men.

“This is a complicated issue, and an evolving one,” Stiller wrote at the time, acknowledging that there was differing advice about when – or if – to take the test. “But in this imperfect world, I believe the best way to determine a course of action for the most treatable, yet deadly cancer, is to detect it early.”

“If I hadn’t gotten the test… right now I still wouldn’t have known.”

Going on to explain that the thought of him having cancer was “not on his radar” until having the PSA test, when appearing on the Today programme in America, Stiller said that the whole ordeal was “surreal”.

DON’T MISS: How to live longer: Popular UK drink could ‘shorten chromosomes’ and cause many cancers 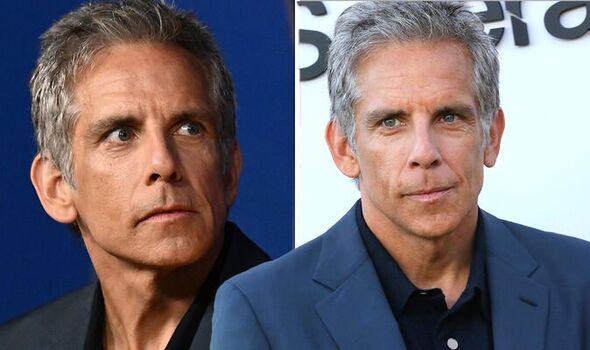 Having had no family history of the disease, no symptoms and only 48, Stiller’s diagnosis came as even more of a shock, and his doctor at the time only performed the PSA test on a whim.

“It came out of the blue for me… I had no idea. I didn’t know what was going to happen, so I was scared. The first one [PSA test] came in and it was a little high,” Stiller explained. “He said I just want to keep giving you this test every four or five months just to see what happens.

“But if it wasn’t for the test I don’t know if I would have had an easy course of treatment or the same prognosis.”

The PSA test, as defined by the NHS, is a type of blood test that measures the levels of a chemical specific to the prostate gland in men. Elevated PSA levels in the blood may indicate that the man has prostate cancer, but high PSA levels can also suggest other potential problems not always related to cancer.

However, despite Stiller’s high recommendation regarding the test, professionals warn that a PSA test alone is not enough to indicate cancer. This is because PSA tests are unreliable and can suggest prostate cancer when no cancer exists (a false-positive result).

Most men are now offered an MRI scan before a biopsy to help avoid unnecessary tests, but some men may have invasive, and sometimes painful, biopsies for no reason.

In addition, around one in seven of those with prostate cancer have normal PSA levels (a false-negative result), so many cases of cancer may be missed if just the PSA test is used.

On the other hand, the PSA test can find aggressive prostate cancer that needs treatment, but it can also find slow-growing cancer that may never cause symptoms or shorten life.

It is for the above reasons that there is currently no national screening programme for prostate cancer in the UK, but for those with a family history of prostate cancer, those overweight or obese and those of black ethnic origin are advised to talk to their GP about the possibility of having the test.

After having a PSA test, medical professionals will examine the results. The amount of PSA in your blood is measured in nanograms of PSA per millilitre of blood (ng/ml). If you’re aged 50 to 69, a raised PSA is 3ng/ml or higher.

A raised PSA level in your blood may be a sign of prostate cancer, but it can also be a sign of another condition that’s not cancer, such as:

Following the test, some individuals will be advised to follow the approaches of “watchful waiting” or “active surveillance”, both of which keep an eye on the cancer and only move onto starting treatments if signs show that the disease is getting worse. 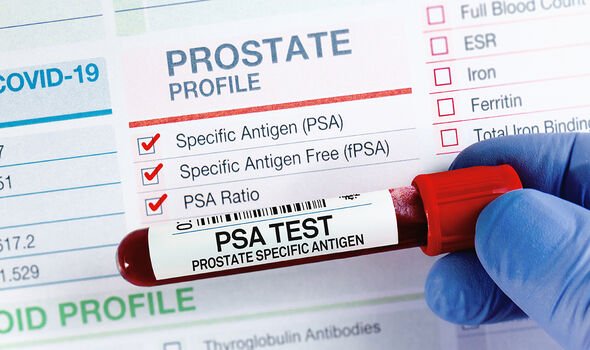 For others, whose cancer is more advanced, surgery, such as a radical prostatectomy – the surgical removal of your prostate gland – may be the best treatment. This is often used for curing prostate cancer that has not spread beyond the prostate or has not spread very far.

When asked about his opinion on PSA testing and its availability to men, Stiller finished by saying: “I think men over the age of 40 should have the opportunity to discuss the test with their doctor and learn about it, so they can have the chance to be screened. After that an informed patient can make responsible choices as to how to proceed.”