Severe acute respiratory syndrome coronavirus 2 (SARS-CoV-2) infection is initiated by an interaction between the human angiotensin-converting enzyme type 2 (ACE2) receptor and the SARS-CoV-2 spike (S) protein. This interaction closely resembles the mechanism of infection by SARS-CoV, the causative agent of SARS. However, in comparison, the interaction of the S1 subunit of SARS-CoV-2 with soluble ACE2 is stronger than that of SARS-CoV. 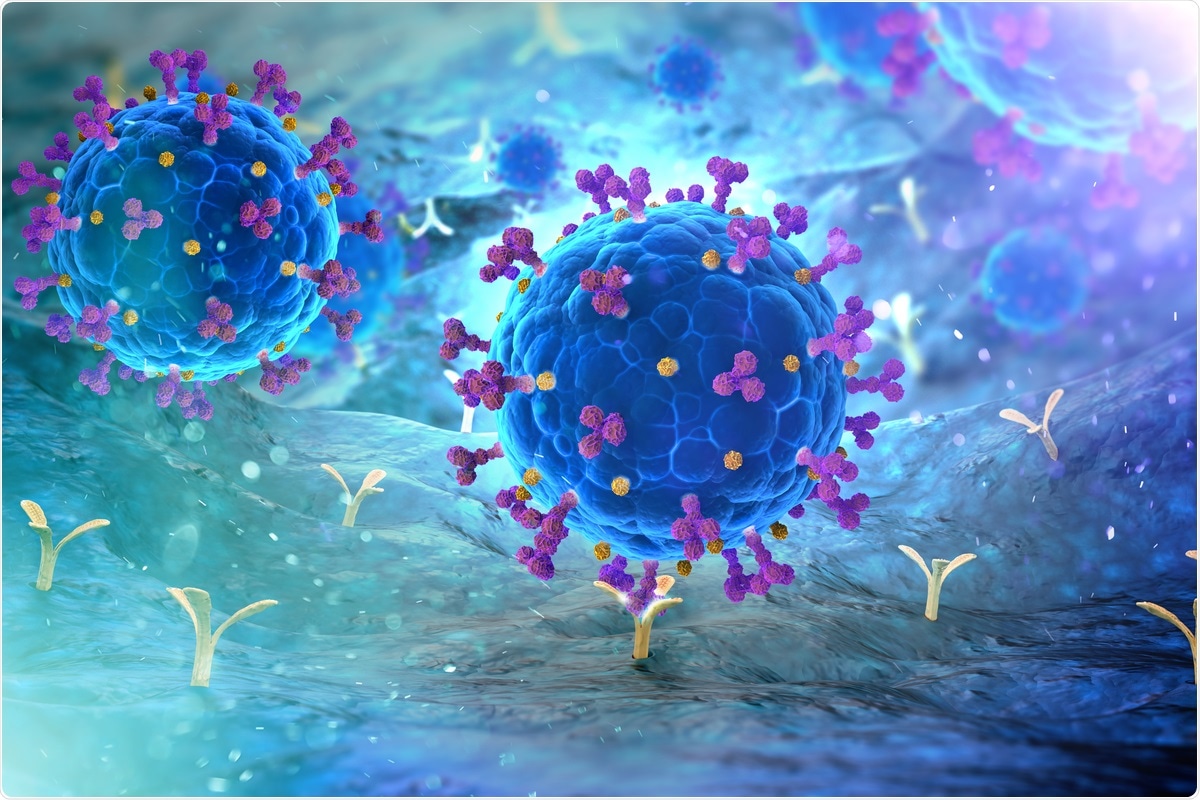 All vaccines and chemical drugs that can produce neutralizing antibodies to inhibit this interaction could be key therapeutic candidates for coronavirus disease 2019 (COVID-19).

In a study published in the Journal of Applied Sciences, a team of researchers used advanced two-color fluorescence cross-correlation spectroscopy (FCCS) to demonstrate the interaction between human ACE2 and the S1 subunit of SARS-CoV-2 and SARS-CoV. The S proteins are composed of two subunits S1 and S2, but only the S1 subunit was used for inhibitor screening in this study.

Murine neuroblastoma Neuro2a (N2a) cells were selected as a cell line for SARS-CoV-associated protein expression as these cells display high protein expression due to their high plasmid DNA transfection efficiency. The ACE2, S1, and S2 proteins were purified and concentrated from the lysates. The hACE2, S1, and S1-2 subunits were tagged with fluorescent proteins in N2a cells and observed inside the subcellular compartments, including the endoplasmic reticulum (ER). The results suggest that ACE2, S1, and S1-2 are well expressed and localized in many secretory pathways, including the lysosome and ER.

The results indicate that FCCS quantitatively determines the interaction between the spike protein of SARS-CoV-2 and the human receptor ACE2 in a solution independent of solid-liquid phase-based assays. It is worth noting that the interaction of S protein of SARS-CoV-2 has a higher dissociation constant (Kd) than SARS-CoV, as indicated by surface plasmon resonance (SPR) analysis.

Then, the researchers calculated the relative cross-correlation amplitude (RCA) to quantitatively compare the interaction strengths of ACE2, S1, and S1-2. RCA is the ratio of the number of interacting molecules to the total number of green fluorescent molecules. The RCAs of the ACE2 and S1 and S1-2 mixture were significantly positive. RCA was higher for S1-2 than S1, indicating that while both S1 and S1-2 interact with ACE2, S1-2 interactions are stronger than S1 interactions.

In this study, the researchers performed affinity purification for a polyhistidine tag but could not obtain highly purified samples. This did not affect the study results as the FCCS method detects protein interaction and specifically analyzes target molecular interactions, even in the presence of non-fluorescent contaminants. Thus, counts per molecule (CPM) values of fluorescent-tagged proteins were not different from those of their monomers, suggesting that ACE2, S1, and S1-2 were in their monomeric forms in the mixture. CPM values showed no oligomerization of proteins suggesting a one-to-one interaction between ACE2 and the S1 subunit. It’s worth noting that the CPM values indicate the mean brightness of a single molecule.

The study fulfilled two important conditions for FCS analysis as it used specifically labeled fluorescent tags and studied the expression of the intact form of the analyzed protein. Before commencing the FCCS measurements, the researchers confirmed that the proteins in the samples existed in such a state using the Western blotting technique. Western blotting also demonstrated no dominant fragments of fluorescent proteins suggesting that lysosomal localization did not result in the degradation of extracted proteins. Moreover, due to its lower acidic stability, fluorescent protein-tagged hACE2 was not seen in the lysosomes.

To conclude, this study establishes a method for analyzing the interaction between ACE2 and the S1 subunit of the spike protein of SARS-CoV-2. The results demonstrate that FCCS is a powerful tool to quantitatively measure this interaction and suggest that the high specificity of FCCS makes it possible to analyze the interaction even with proteins that are not highly purified.

Considering the current urgent need to discover effective therapeutic candidates for COVID-19, including repurposing existing medications for other diseases, this FCCS-based interaction detection system provides the opportunity to expedite the discovery of inhibiting drugs SARS-CoV-2.