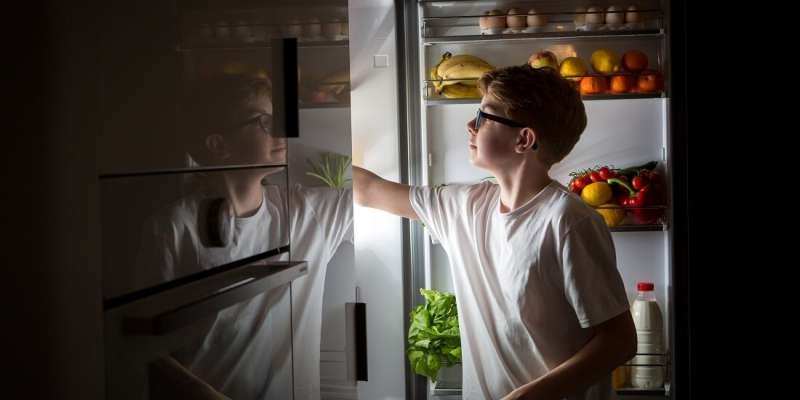 Big children eat more than other children. Research has shown that overweight children are more likely to use food as a comfort or eat until the dish is empty, even though they may be full.

A research group at NTNU has investigated this question in almost 1,000 children. Their study is based on participant data collected every other year from age 6 through age 14.

“We looked at the connection between predicted obesity-promoting eating behavior in children and an increase in BMI,” says Oda Bjørklund, a Ph.D. candidate and psychologist at NTNU’s Department of Psychology.

Their findings were somewhat surprising.

“We’ve found that an increase in what we previously called obesity-promoting eating behaviors, such as emotional overeating, doesn’t lead to increased BMI,” says Silje Steinsbekk, a professor in the Department of Psychology.

But researchers are finding a link in the opposite direction.

“The more children’s BMI increases, the more likely they may resort to eating to deal with difficult emotions or because food is available, even though they might not be hungry,” says Steinsbekk.

So the weight gain comes first, and eating habits follow.

At the same time, she emphasizes that the reason some people develop large bodies is multifaceted and involves a complex interplay between heredity and the environment.

The NTNU researchers have only investigated how changes in eating habits are related to changes in BMI in school age children through to adolescence.

Studies of younger children and infants have found that eating behaviors characterized by the child eating for reasons other than hunger, such as food being available or comfort eating, increase BMI over time.

Obesity early in life tends to follow us into adulthood. This can have multiple well-known effects on our health.

“Even though we haven’t found that these eating behaviors lead to an increase in BMI from the age of 6, we still encourage parents to promote good eating habits in children,” says Bjørklund.

Bjørklund also treats eating disorders in child and adolescent psychiatry (BUP). She points out that eating behavior is not only related to physical health.

“We didn’t look at what the children were eating, but how they related to food and eating,” she said.

Advice on wise food choices can be found on the Norwegian diet tool Kostverktøyet.

The researchers used figures from the Trondheim Early Secure Study (TESS), which has followed almost 1000 children every two years since they were 4 years old. The participants are now 18 years old, and the eighth survey is underway.

In this study, the research group used data from the participants at five different times, when they were 6, 8, 10, 12 and 14 years old. The Trondheim Early Secure Study has provided data for a number of studies on children’s development and health.

How can we promote good eating habits in children?