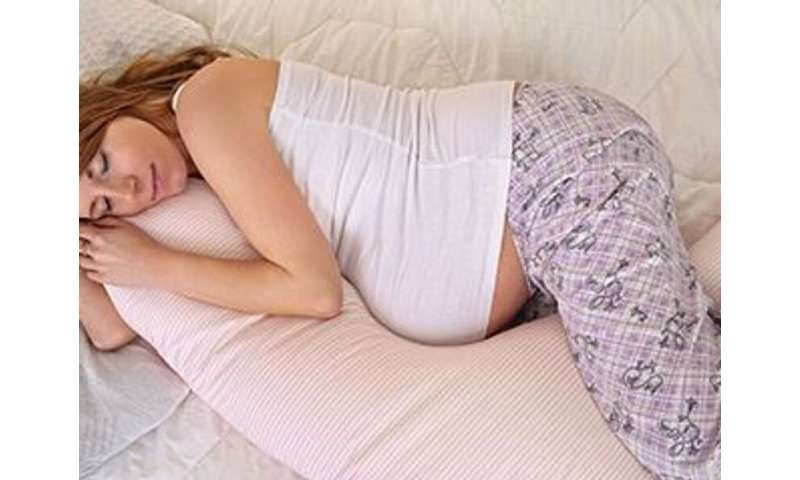 (HealthDay)—The incidence of restless leg syndrome (RLS) is high in pregnancy, according to a study published online Nov. 11 in Neurology.

Muzi Na, Ph.D., from the Pennsylvania State University in University Park, and colleagues examined the relative risks of demographic, socioeconomic, and nutritional factors in association with the risk for any incident RLS in pregnancy in a cohort of 2,704 healthy pregnant women.

The researchers found that the cumulative incidence of RLS in pregnancy was 18.1 percent for all women and 20.3, 15.4, 17.1, and 21.1 percent for White, Black, Hispanic, and Asian women, respectively. In Hispanic women, a higher risk for RLS was seen in association with older age (25 to 35 versus <25 years: relative risk [RR], 1.51), iron deficiency anemia (RR, 2.47), and greater total skinfolds of the subscapular and triceps sites, independent of body mass index (RR for quintile 5 versus 1, 2.54); multiparity was associated with a lower risk (RR, 0.69). Greater skinfolds and waist circumference were associated with an increased risk for RLS among Black women, although the trends were less clear.

“While we found that the incidence of RLS in pregnancy was much higher than in the general population and did, indeed, differ by race and ethnicity, when researchers adjusted for all of the variables such as age, nutritional factors, and number of pregnancies, we saw little difference in risk of RLS in pregnancy between the different groups,” a coauthor said in a statement.