I’ve lost count of how many times a pharmacist has saved my bacon (and my patient’s health) during my career. Those experiences have led me to deeply respect the professional skills of pharmacy colleagues. They have made me open to the idea that community pharmacists are capable of diagnosing straightforward illness and prescribing medication.

The NSW government last week approved a prescribing trial for community pharmacists. Under the plan, patients will be able to access an expanded range of vaccinations, antibiotics for urinary tract infections, and oral contraceptives prescribed by their pharmacist instead of their GP. And I note the pledge on Wednesday by the Andrews government in Victoria that, if re-elected, it too will enable pharmacists to treat minor conditions and to reissue prescriptions for contraceptives. 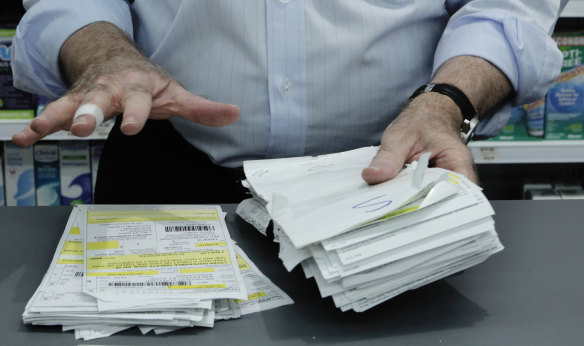 It is a marked variation from what we have termed the “scope of practice” of pharmacists in NSW. Scope of practice refers to the bandwidth in which a health professional can deliver safe and effective healthcare to a patient.

Expanding scope of practice always has significant safety implications and is never something to be taken lightly. But it would be wrong to characterise this trial as an attempt by the pharmacy profession to gain ground in a professional turf war. On the contrary, it represents one of the only realistic short-term reform pathways to improve access to care in our constrained health system.

The reaction of medical leadership groups has been a mixture of credible counter-argument and predictable hyperbole. The problem with hyperbolic reactions is they cause policymakers to switch off. That is not in patients’ best interests. Hyperbole clouds legitimate concerns about how pharmacists prescribing should operate in our health landscape.

In an interview with ABC Radio National, the president of the Royal Australasian College of General Practitioners, Adjunct Professor Karen Price, pointed to the art of diagnosis as a differentiator between a pharmacist and a general practitioner. Medicine degrees and post-graduate training teach this art. It is the ability to pick – out of 100 patients with symptoms of urinary tract infection – the one patient who might have a kidney abscess or need to go to hospital with sepsis.

But no pharmacist is claiming to be a master of the diagnostic art (and by the way, that mastery is not universally attained by doctors). What these prescribing trials are working to is a pharmacist’s strengths – highly protocol-driven assessment and treatment of routine conditions in a safe and controlled manner.

In the same interview, Dean of Pharmacy at Sydney University Professor Andrew McLachlan expressed the willingness of pharmacists to work with GPs to ensure autonomous prescribing was implemented safely. This invitation should be wholeheartedly accepted by the medical profession.

The pharmacy trial in NSW is a mirror image of the successful trial in Far North Queensland which allowed pharmacists to prescribe a range of antibiotics to young women with urinary tract infection. The antibiotics used, trimethoprim and cephalexin, are among the safest and widely prescribed.

Claims that “patients will die” from such a trial are implausible. Wearing my infectious diseases hat, the prescription of an antibiotic such as trimethoprim has an excellent safety profile. Empowering health-literate young women to access rapid and effective treatment for a ubiquitous condition is a desirable health outcome. 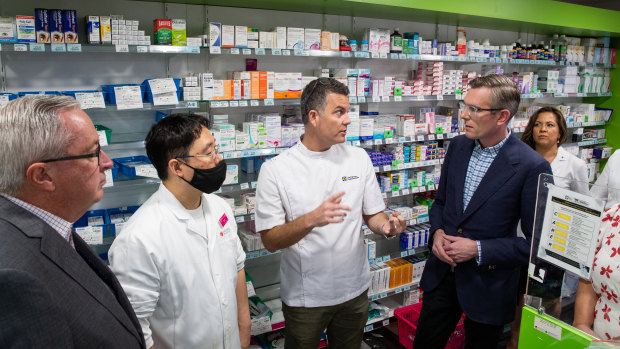 The main risk is the misrecognition of serious pathology requiring urgent admission to hospital and intravenous antibiotics, or missing a different diagnosis such as sexually transmitted infection. However, the argument can be made that inability to access care is more likely to result in bad outcomes than misrecognition by a pharmacist.

Claims that pharmacist-prescribed antibiotics will drive antibiotic resistance ring a little hollow given the prescribing practice of many doctors. The most recent National Antibiotic Prescribing survey in residential aged care, which is firmly the bailiwick of general practice, showed that one in five antibiotic prescriptions were for prophylaxis (the prevention of infection), which is outside recommended guidelines and a known driver of resistance. By contrast, pharmacists have been the backbone of successful hospital-based antibiotic prescribing improvements over the past decade.

Neither position on safety and efficacy should be left to assertion by either profession in this debate. What is required is thorough investigation and safety analysis of these trials. While it is true that the Far North Queensland trial underwent evaluation and the results were positive, there is room for improvement in the design and rigour of the NSW pilot evaluation.

But the response cannot be to swim against the tide of autonomous pharmacist prescribing. There are stark realities from a patient’s (and therefore a politician’s) perspective. Access to general practice is increasingly difficult in outer metropolitan and regional areas. Reform to improve access to GPs is likely to take years if not decades. And Australia lags comparable nations in allowing pharmacists to prescribe independently.

Politically these drivers are too strong for the AMA or RACGP to be successful in pushing back. Much better to have a seat at the table and argue passionately and constructively for a model that leverages our complementary skills as health practitioners and is safe for our patients.

The Opinion newsletter is a weekly wrap of views that will challenge, champion and inform your own. Sign up here.

Poor little rich kids: There aren’t swathes of research on the woes of rich kids. There is some evidence they’re at greater risk of battling depression, anxiety and substance abuse, so why aren’t we talking about them more?

Morning checklist: There are three questions Jessica Irvine asks herself every morning, and if she can answer “no” to all three, it’s sure to be a good day.

Life’s golden rule: Being back in her old family home after a divorce and raising kids there was “beautiful agony” for Kate Halfpenny. That’s why she now never looks back.