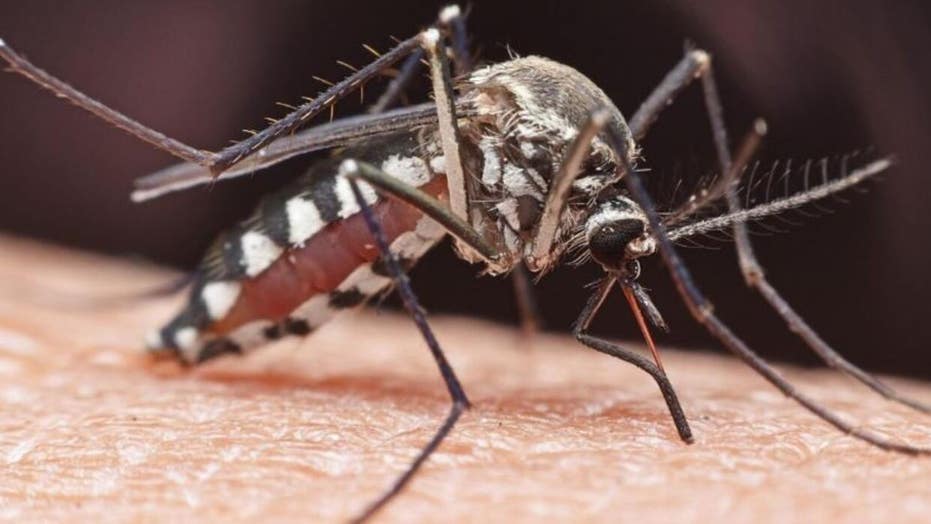 Can mosquitoes carry COVID-19 and infect another person?

Dr. Manny Alvarez answers if mosquitoes can be a carrier of coronavirus and transmit the illness to another person

A Chicago resident died of the mosquito-borne West Nile virus. The death marks the first West Nile virus-related fatality in the state this year, Illinois health officials announced this week.

The resident, who was not identified, first fell ill in mid-September and subsequently tested positive for the disease, officials with the Illinois Department of Public Health (IDPH) said in a news release.

“Although we are already into fall, West Nile virus remains a risk until the first hard frost,” IDPH Director Dr. Ngozi Ezike said in a statement. “It’s important for everyone to continue taking precautions such as using insect repellent, wearing long-sleeve shirts and pants, and staying indoors between dusk and dawn.”

West Nile virus, which was first reported in the U.S. in 1999, is typically spread by infected mosquitoes. Though side effects can be severe, most people who are infected experience little to no symptoms and fully recover.

A percentage of people infected with West Nile virus — roughly one in five — develop a fever and may additionally experience headaches, body aches, vomiting, diarrhea or a rash, among other side effects. Even rarer, about one in 150 people who are infected with the mosquito-linked ailment can develop a serious illness, such as inflammation of the spinal cord or brain, according to the Centers for Disease Control and Prevention (CDC).

The Mayo Clinic warns people who are older, as well as those with preexisting medical conditions, are more susceptible to the virus.

Wearing insect repellent and protective clothing, as well as draining standing water around gardens and homes where mosquitoes can lay eggs, can reduce the chances of being bitten by a mosquito, ultimately mitigating the risk of developing West Nile virus.

To date, there have been two dozen human cases of West Nile virus reported in Illinois this year, per officials. Some 28 cases were reported in 2019, including one death.