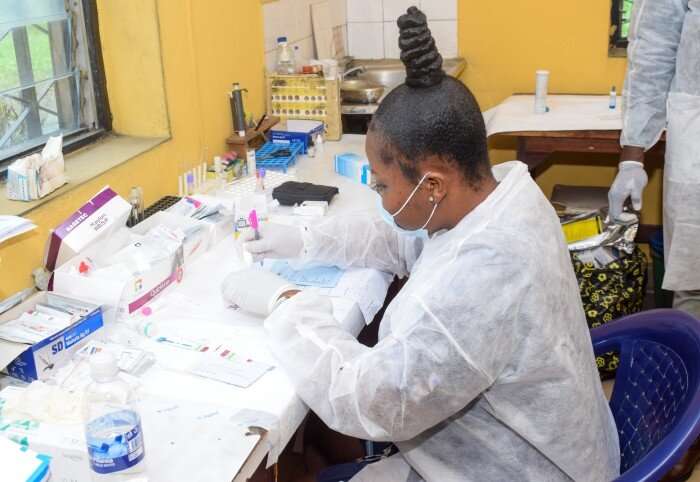 The impact of the pandemic on the African continent has been varied due to the fact that African countries are not on equal footing. For example, the lowest income countries may have among the highest burden of infectious diseases, such as malaria, tuberculosis and HIV/AIDS, alongside cultural differences that affect, for example, vaccine hesitancy.

Implementing social distancing measures in African countries has also not been applied consistently, due to some communities being majorly impoverished. Access to vaccines is a problem faced by the continent as thousands of citizens are not officially on record, or can access healthcare easily.

While individual African countries have their own issues, the handling of COVID-19 cases on the continent is also a worldwide issue, as Western countries contribute to equitable distribution of vaccines. International assistance is being received in order to ensure the fair distribution of vaccines and a range of suppliers continues to be used through the Africa Vaccine Acquisition Task Team (AVATT).

Sharon Obahor took a closer look at three African countries and how they have handled the pandemic and the vaccine rollout so far.

South Africa was among the countries that implemented a strict lockdown during the early months of the pandemic. The South African government exercised knowledge in handling the spread of coronavirus due to previous public health campaigns targeting the spread of diseases such as HIV/AIDS.

However, lockdowns have resulted in economic hardship for the vulnerable members of the South African community and the vaccine rollout, while initially very successful—with South Africa securing many doses before other countries and before agreements through COVAX for additional doses—has faced difficulties. These include vaccines having to be destroyed because they could not be distributed before the expiration date, and civil unrest impacting vaccination programs. Currently, despite an adequate supply of vaccines, the roll-out has slowed primarily due to vaccine hesitancy, causing the government to delay deliveries to avoid vaccines going to waste.

The Beta variant of the virus was first detected in South Africa. This does not, however, mean that’s where it first arose. The country has some of the most developed testing and sequencing facilities in Africa, enabling them to track and sequence new variants of SARS-CoV-2 from positive cases when they see numbers rise unexpectedly. This also meant that South Africa was one of the first countries to raise the alarm about the new Omicron variant after a rise in cases.

Professor Faith Osier, Executive Director of the Human Immunology Laboratory at Imperial, said: “Although [the Omicron variant] was identified and sequenced in South Africa, populations in the region suffer without vaccines, and livelihoods are pushed further back by renewed blanket travel restrictions. This vicious cycle continues. We cannot wish this away. Calls for action appear to fall on deaf ears as nationalism takes ascendency. Vaccines are being hoarded and unfortunately even wasted, while poorer countries remain in abject need.”

Researchers including at Imperial’s MRC Centre for Global Infectious Disease Analysis and Jameel Institute are working with South African scientists to analyze the new Omicron variant and the risk it poses.

Despite being a high-risk country due to the growing population, Nigeria is believed to have handled the pandemic reasonably well due to previous public health campaigns such as the use of touchless thermometers during the Ebola outbreak in 2014. A key concern for Nigeria and other populous African countries is handling the COVID-19 outbreak alongside infectious diseases such as tuberculosis and malaria.

The Central Bank of Nigeria set out measures to tackle the economic hardship heightened by the pandemic. A total of 50 billion Naira was budgeted to support low-income households and local businesses. The effectiveness of this initiative, however, remains unknown.

Although Nigeria initially used the AstraZeneca vaccine, ease of vaccine administration was a key issue that caused the country to pivot to using the single-dose Johnson & Johnson vaccine, which is easier for health services to deploy and for citizens to adhere to. Concerns around underreporting of cases and vaccines not being made available to all citizens applies to Nigeria due to conflict caused by the insurgency of Boko Haram in the northeast of the country.

In September 2021, the Government of Nigeria received approval from The World Bank Board of Directors for a $400 million credit in additional financing for COVID-19 vaccine acquisition and deployment within the country. Nigeria’s COVID-19 Response program was expanded to purchase affordable COVID-19 vaccines for 18 percent (40 million) of Nigeria’s population and support effective vaccine deployment to 50 percent (110 million) of its citizens.

Many African countries benefitted early on in the pandemic due to their relatively young populations. However, Uganda was hit hard by the Delta variant of the virus over the summer and many hospitals faced full wards. As the numbers in hospital waned again, reports suggested this did not reflect the true state of the pandemic in Uganda, such that thousands or tens of thousands of other COVID-19 patients were believed to have opted to seek herbal treatment and remain at home to avoid the high fees charged by hospitals.

Vaccine rollout has also been tricky, due to the strict travel restrictions imposed, and the fact that many do not have the means to travel to vaccination sites. Dr. Benjamin Pierce, Operations Manager for the Future Vaccine Manufacturing Research Hub at Imperial, explains how their own vaccine trial has been scuppered by the lockdowns: “The lockdowns in Uganda at the start of the pandemic were extraordinary; being more severe and more closely monitored than in many neighboring countries.”

Dr. Pierce says that while vaccines from various sources—including China and the US and UK—have started to arrive in the country, they have come too slowly. “The government is still focused on priority groups to vaccinate first and are behind on their goals of fully vaccinating 10 percent of their population by the end of 2021. By October 2021, closer to one percent have had two doses because of little to no access for the majority of the population. The rate of the rollout has thankfully accelerated by November 2021.”