The coronavirus disease 2019 (COVID-19) pandemic, caused by severe acute respiratory syndrome coronavirus 2 (SARS-CoV-2), has spread rapidly the world over. To date, over 138.3 million cases have been confirmed, and over 2.9 million deaths reported.

A new study released on the bioRxiv* preprint server reports on biomarkers could help predict the progression of the viral illness to dangerous levels early enough to enable timely intervention. 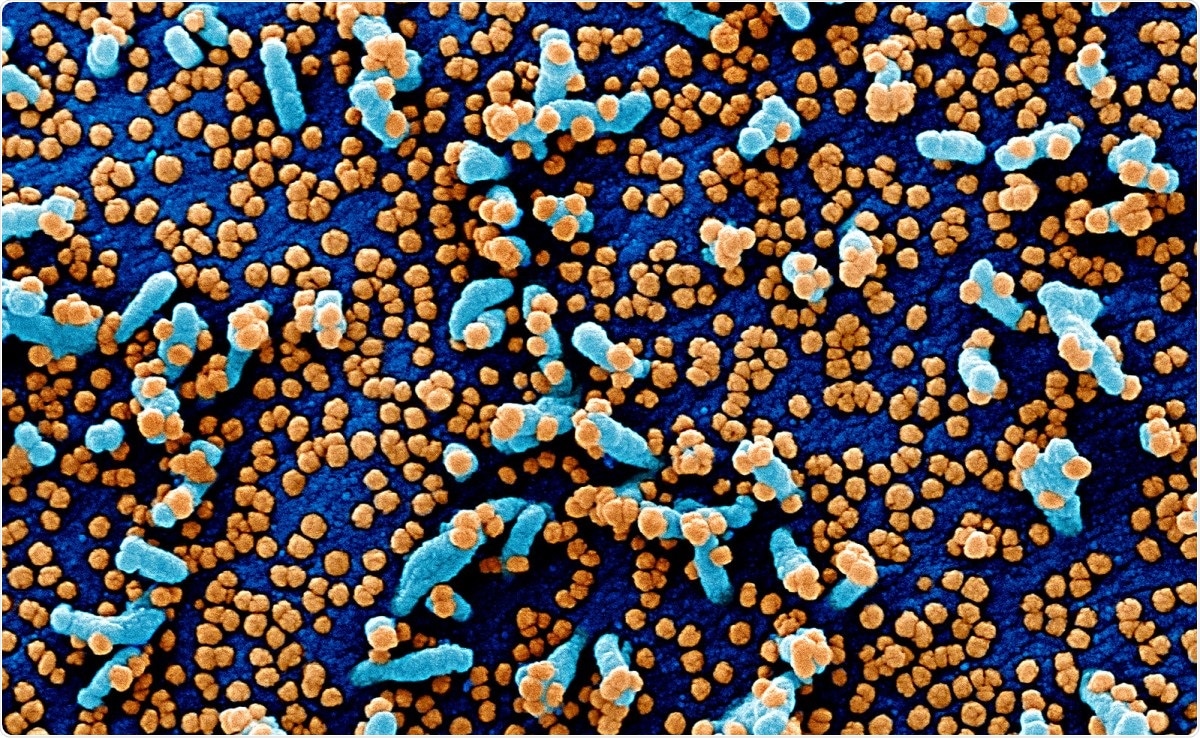 The mostly asymptomatic nature of COVID-19, coupled with the high infectivity of the virus, drives its spread. In a significant minority of cases, the disease progresses to become serious or critical, requiring intensive medical care.

In such cases, the patient rapidly deteriorates and develops severe inflammatory lung disease, resulting in acute respiratory distress syndrome (ARDS). This is often accompanied by other multi-organ dysfunction and sepsis.

The risk of severe disease is much higher in older adults over 80 years of age and people with comorbidities such as hypertension, diabetes, or obesity. The outcome may be an efficient viral clearance or a hyperintense inflammatory response that leads to severe lung damage, organ failure and chronic sequelae, a prolonged illness or death.

The current study considers clinical, virological and immunological markers in patients hospitalized with COVID-19, in order to identify mild, moderate and severe disease. These features were followed up at the time of diagnosis, and at various points until six months from the onset of confirmed infection.

The study included 24 hospitalized patients, of whom over 80% were males, the median age being 61 years. Half of them fulfilled the criteria for obesity, with a body mass index (BMI) over 30. More than 40% had hypertension.

The median duration of hospital stay was eight days. One in five required admissions to the intensive care unit (ICU). A third was diagnosed as having severe COVID-19.

There were 92 nasopharyngeal swab samples yielding viral ribonucleic acid (RNA), taken at different times. That is, 24 came from admission polymerase chain reaction testing; 18 were from day 3, 13 from day 5, 5 at day 15, and 16 at one month. Finally, 16 were collected at three months.

Almost all patients tested positive at baseline, with a median viral load of >2,000 copies/10,000 cells. One patient was negative, probably due to poor sampling. With decreasing viral loads over time, 80% of patients were negative at one month from diagnosis.

The virus persisted in five patients, as shown by positive tests at one and three months. All five had severe COVID-19 along with underlying cardiovascular disease, hypertension or diabetes.

In the acute phase, patients with severe disease showed a slight decrease in viral load over the first six days, becoming significant only after this period. Conversely, there was an early and marked reduction seen in patients with the mild or moderate illness.

There were over a hundred serum samples available for antibody testing, following almost the same pattern of the collection as the nasopharyngeal swabs. The anti-SARS-CoV-2 IgA levels were variable at baseline, increasing progressively up to day 6 and then declining until the sixth month. The highest levels at baseline and later were in patients with severe COVID-19.

The same pattern was visible for IgM and for IgG. The rise in IgG levels was much slower until day six, but then decreased gradually to very low titers at month 6. However, at this time point, the levels were fourfold higher than in non-infected controls, at ~16 vs. 4.5 μg/mL, respectively.

The median levels for nine cytokines, as measured in 18 patients, including TNF-α, IL-6, IL-8, IL-1β, and MIP-1α, showed variations between inflammatory and other cytokines.

Higher levels of IL-6, IL-8, and MIP-1β at baseline were associated with severe disease. High levels persisted for inflammatory markers like IL-6, IL-8, IP-10, TNF-α and sCD25 throughout the study period in severe COVID-19 compared to mild or moderately ill patients.

However, for MIP-1β, IL-1β, MIP-1α and IFN-γ, the levels of some of these were higher at one and three months among those with mild or moderate disease vs. those with severe disease.

At 6 months, no difference was observable among the different groups.

High antibody and cytokine levels were found in patients with ARDS vs. those without this complication, as well as mechanical ventilation and ICU admission. Viral load at baseline showed no such correlation.

What are the implications?

The persistence of viral RNA in five patients, all of whom had either severe COVID-19 or underlying chronic conditions, or both, indicate the need to understand the clinical importance of the presence of the virus in different body compartments, whether plasma, gut or upper airway.

If this is known, it could help to keep an alert eye on acutely infected patients as well as follow them up once acute symptoms remit.

The results show that the following markers are related to severe illness: high titers of specific IgA, IgM, IgG and high levels of the cytokines IL-6, IL-8 and MIP-1β, at the time of admission; and prolonged presence of viral RNA in the upper airway in the first few days after diagnosis.

The rapid decline in IgA and IgM antibodies following the acute infection phase is shared by IgG, but at a slower pace. However, at month 6, the titers of specific IgG antibodies remained higher compared to naïve subjects, indicating durable immunity.

This echoes other studies which show persistent IgG antibodies at up to eight months after the onset of infection. The correlation of such antibodies with neutralizing activity is unknown and remains an urgent research question.

The role played by hyperactive inflammation in the damage caused by the infection is underlined by the high levels of inflammatory cytokines observed in this study. The individual parts for which each of these is responsible remains to be elucidated.

This small study presents interesting findings which should be validated and followed up, to identify and quantify the predictive value of these markers of severe COVID-19 well before clinical deterioration sets in.