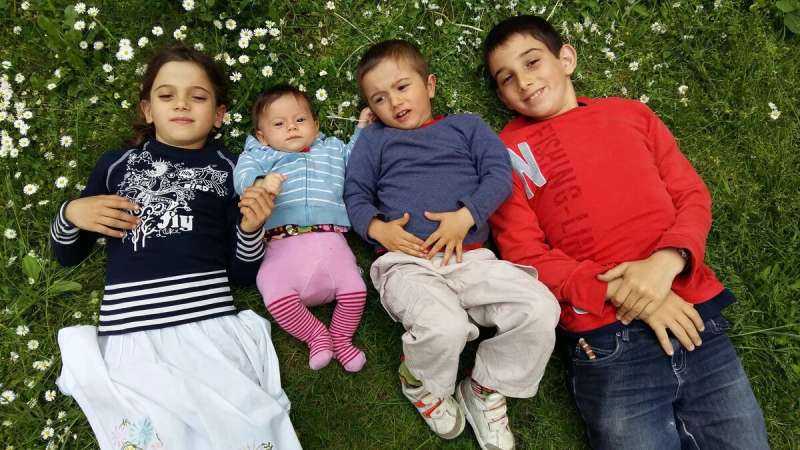 During the first years of their lives, children develop the cognitive, social and emotional skills that will provide the foundations for their lifelong health and achievements. However, exposure to environmental stressors during critical periods of life can have negative long-term consequences for their development. One of the most critical stressors for children is maternal stress, which is known to have a detrimental effect on children’s health and well-being, already in utero.

In a new study, a Leipzig-based team of researchers including scientists from the Helmholtz Centre for Environmental Research, Leipzig University, the Max Planck Institute for Evolutionary Anthropology and the German Centre for Integrative Biodiversity Research used longitudinal data from the LINA (Lifestyle and environmental factors and their Influence on the Newborn Allergy risk) cohort to test 373 German mother–child pairs, from pregnancy until ten years of age.

Prenatal stress can cause behavioral problems in the child

The results of the study demonstrated that socio-environmental stressors, like the lack of sufficient social areas in the neighborhood, were clearly linked to an increase in maternal stress levels during pregnancy. Moreover, mothers who had experienced high stress levels, like worries, loss of joy or tension, during pregnancy were also more likely to report the occurrence of behavioral problems when their children were seven, eight or ten years old. “These results confirm previous findings about the negative impact that even mild forms of prenatal stress might have on child behavior, even after several years, and highlight the importance of early intervention policies that increase maternal well-being and reduce the risks of maternal stress already during pregnancy,” explains Federica Amici from Leipzig University and the Max Planck Institute for Evolutionary Anthropology, one of the researchers involved in the project.

On a more positive note, the study also found a lower occurrence of behavioral problems in children with older siblings. “Children who have older brothers or sisters in their households are less likely to develop problems, which suggests that siblings are crucial to promote a healthy child development,” explains Gunda Herberth from the Helmholtz Centre for Environmental Research, coordinator of the LINA study.

This study further suggests that the presence of older siblings directly reduced the likelihood of developing behavioral problems, but did not modulate the negative effects of maternal stress on child behavior. How could older siblings reduce the occurrence of behavioral problems in children? By interacting with their older siblings, children may develop better emotional, perspective taking and problem solving skills, which are linked to higher social competence and emotional understanding. Moreover, the presence of older siblings may provide learning opportunities for parents, who might thus develop different expectations and better parental skills.