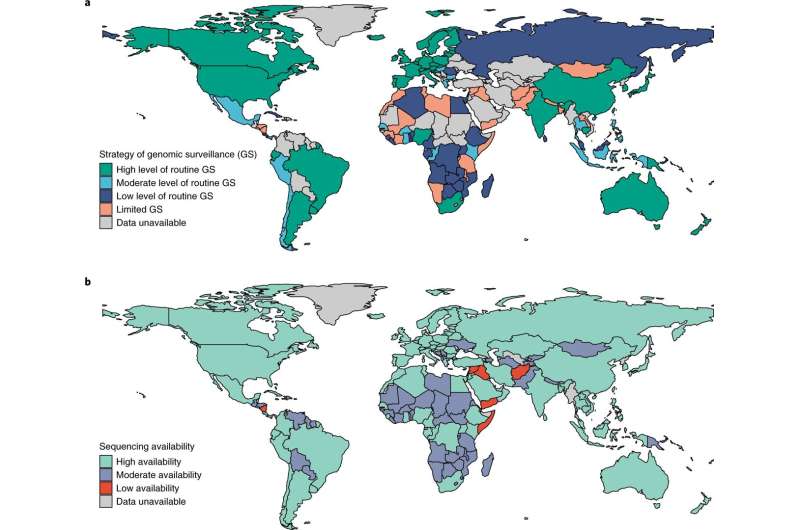 A team of researchers from China, the U.S. and Switzerland has found via a global analysis of SARS-CoV-2 genomic surveillance and data sharing that more needs to be done to track the appearance of new variants. In their paper published in the journal Nature Genetics, the group describes their surveillance methodology, their characterization of the circulation of prior variants, and what they learned about the current degree of sharing throughout the international medical community.

As the global pandemic has persisted, scientists around the world have banded together to develop vaccines to prevent infection and therapies to treat those who have become infected. They have also instituted genomic surveillance as a means to identify the emergence of new variants. Such efforts allowed the global community to respond when the alpha and delta variants emerged.

Surveillance efforts involve obtaining samples of the SARS‑CoV‑2 virus and genetically sequencing them to determine their strain. This information is entered into a database and shared with others. In this new effort, the researchers looked at the degree of surveillance in countries around the world and how much of the information obtained from such efforts is being shared.