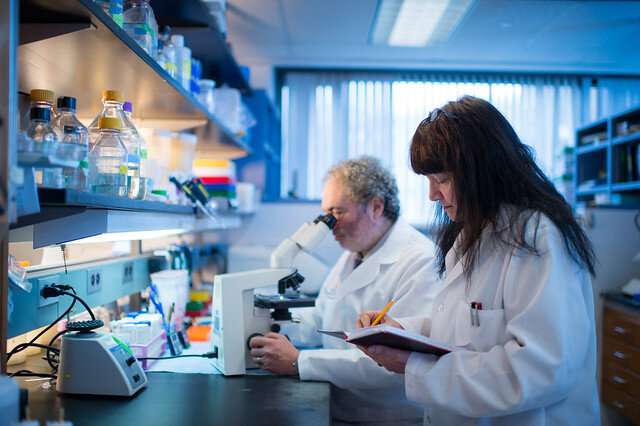 A common mutation in gliomas sensitizes them to immunotherapy, a finding that researchers believe could have broader therapeutic implications for all glioma patients.

A single common genetic mutation, or error, may hold the key to making immunotherapy more effective against gliomas, according to new mouse model findings from the University of Michigan Health Rogel Cancer Center.

The flip of a single amino acid from arginine to histidine in a subset of these brain and nervous system tumors sets off a series of changes that—it turns out—sensitizes them to treatment with immune-stimulating therapy, to which they would otherwise be largely resistant.

Having discovered this sensitivity and mapped the underlying mechanisms, the research team identified a blood growth factor secreted by tumors harboring the mutation—one already used by doctors to stimulate the production of white blood cells and reduce the risk of infection in patients receiving chemotherapy—that holds promise for making treatments against gliomas more effective. The findings appear in Science Advances.

“It’s been known for about a decade that patients with low-grade gliomas that have this IDH1 mutation have a much longer median survival,” said the study’s co-senior author Maria Castro, Ph.D., a professor of neurosurgery and cell and developmental biology at U-M. “We set out to try to understand why, and to see if there were any differences that could be harnessed to improve outcomes more broadly.”

In a mouse model of glioma without the IDH1 mutation, administering G-CSF, the blood growth factor produced by their mutant cousins, more than doubled median survival times. When immunotherapy was also added in, the effect was even more profound, the study found.

Even low-grade gliomas are uniformly fatal, eventually coming back after treatment with some combination of chemotherapy, radiation and surgery.

First, they needed a mouse model

When the team started, there weren’t any mouse models for this low-grade glioma subtype, one with the IDH1 mutation and two other mutations that are always found with it. So, they developed one.

Doing so allowed them to better study the biological impact of the mutation as well as the effects of an immune system-stimulating gene therapy on mice with and without the mutation.

The treatment, called TK+Flt3L, for herpes simplex type-I thymidine kinase plus Fms-like tyrosine kinase ligand-mediated immune stimulatory gene therapy, is the same one that was developed by the group and then deployed in a Phase 1 clinical trial against glioblastoma at U-M (NCT01811992) led by study co-senior author Pedro Lowenstein, M.D., Ph.D., a professor of neurosurgery and of cell and developmental biology. 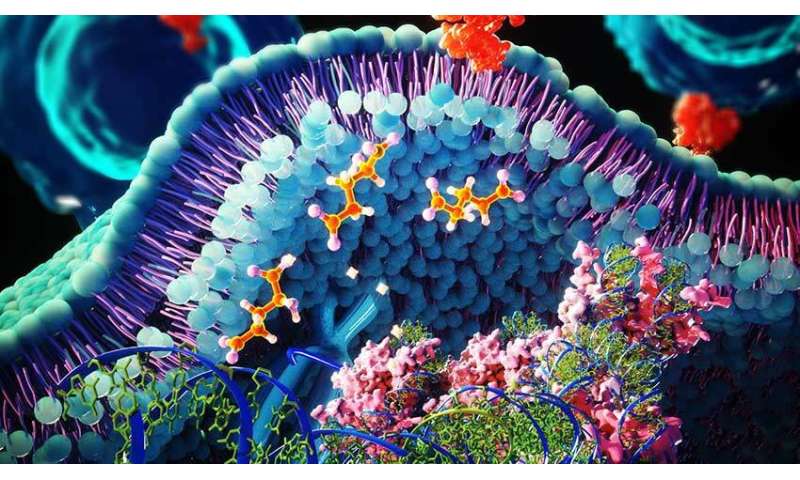 “For the non-mutant tumors, when we treated the animals with the immunotherapy, it improved survival and there were a significant number, more than 20%, that were tumor-free at the end of the experiment,” Lowenstein said. “But in the mice with the IDH1 mutation, we saw a really profound effect—90% survived long-term and remained tumor free.”

The big question then was why.

Using a number of sophisticated techniques including single-cell RNA sequencing, the researchers discovered that in the non-mutant tumors, immunotherapy was less effective due to a previously unknown population of immune-suppressing cells in the tumor microenvironment.

In the tumors with mutated IDH1, however, these same cells were present, but they functioned differently and had lost their immune-suppressive properties, explained first author Mahmoud Alghamri, Ph.D., a postdoctoral research fellow in the Castro-Lowenstein lab.

The single amino acid difference in IDH1 was enough to change the enzyme’s function and cause it to produce a new metabolite—2-hydroxyglutarate, or 2HG.

“What this metabolite does is elicit a very profound epigenetic remodeling—that is, it changes the gene expression within the tumor cells,” Castro added. “And what we found was that this leads to the production and release of a blood growth factor called granulocyte colony-stimulating factor, or G-CSF.”

Armed with this knowledge, further experiments showed that giving G-CSF, which is already used clinically as an immune system booster in cancer patients to mice with non-mutant IDH1 also increased their survival. And giving it in combination with the immune-stimulating gene therapy had an even bigger impact.

The team also confirmed that patients who have gliomas with mutated IDH1 also have higher levels of G-CSF circulating in their blood—a clue that the findings will be applicable beyond the mouse models.

The next step, says Lowenstein, will be to work on moving these findings into a clinical trial, building on the current, ongoing trial using the immunotherapy/gene therapy combination.