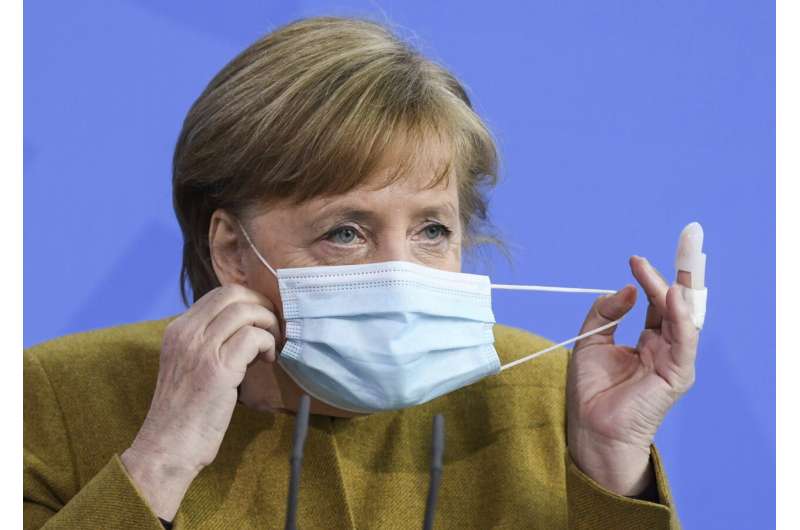 German officials said Thursday that the country has set a new record for the number of COVID-19 vaccinations in a single day, even as authorities warned that hospitals are seeing a “dramatic” rise in the number of coronavirus patients needing treatment.

The Health Ministry said 738,501 people received a first or second dose of vaccine Wednesday, continuing a sharp upward trend that began last week with the start of vaccinations in GP practices. German daily Die Welt reported that Chancellor Angela Merkel is scheduled to get the shot Friday.

But the head of the country’s disease control agency noted that most Germans are still waiting for their first vaccination.

“We are in the third wave (of infections) and the situation in some hospitals is becoming dramatic,” said Lothar Wieler, who heads the Robert Koch Institute.

“We can already see that some cities and conurbations have temporarily run out of free intensive care beds,” he said.

Wieler called for elective surgeries to be postponed, to free up ICU capacity that he said would soon be needed for COVID-19 patients.

Some hospitals in the central state of Thuringia planned to start transferring a number of seriously ill patients to other regions, the dpa news agency reported.

The Robert Koch Institute reported 29,425 newly confirmed coronavirus infections in the past day, and 293 deaths. 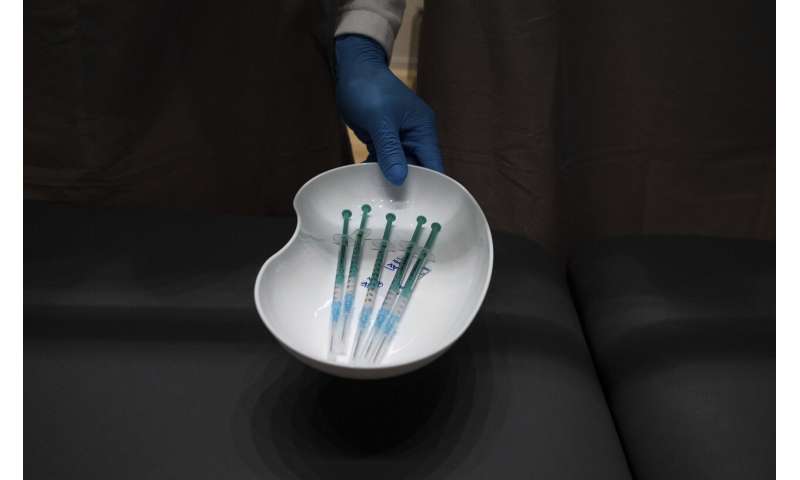 Since the start of the outbreak, Germany has recorded almost 3.1 million COVID-19 infections and 79,381 deaths.

The German government this week asked Parliament to approve a bill giving federal authorities greater powers to set uniform pandemic restrictions in regions with high infection rates. Germany’s decentralized system has often resulted in a patchwork of different rules as state governors disagreed on what measures to impose.

Lawmakers are due to debate the bill Friday.

Citing unnamed government sources, the newspaper reported that the 66-year-old leader will receive the shot made by British-Swedish company AstraZeneca.

Merkel’s office declined to confirm the report, referring instead to her spokesman’s comments Monday that the chancellor would be vaccinated “soon and the public will be informed about it then.” 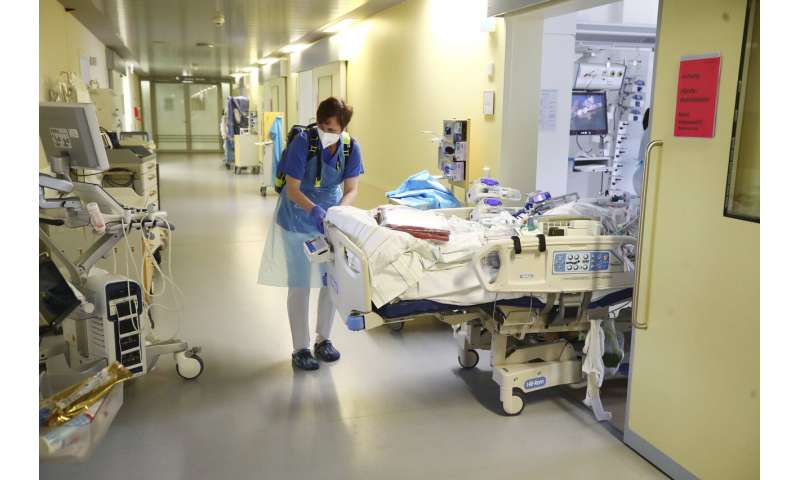 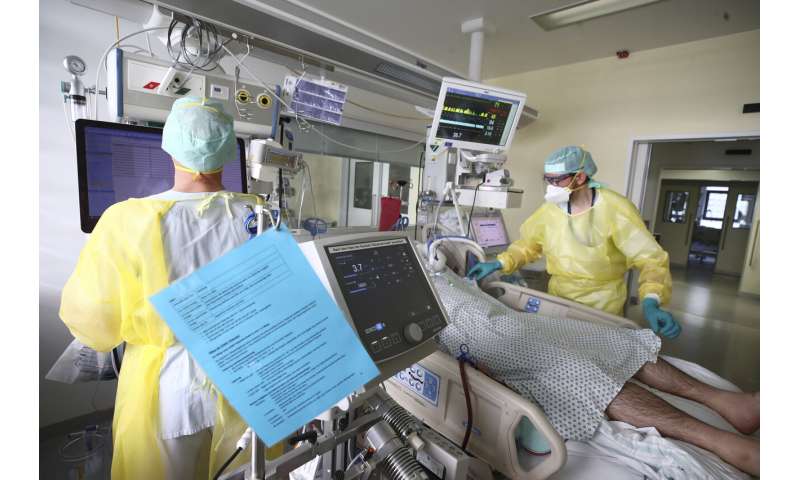 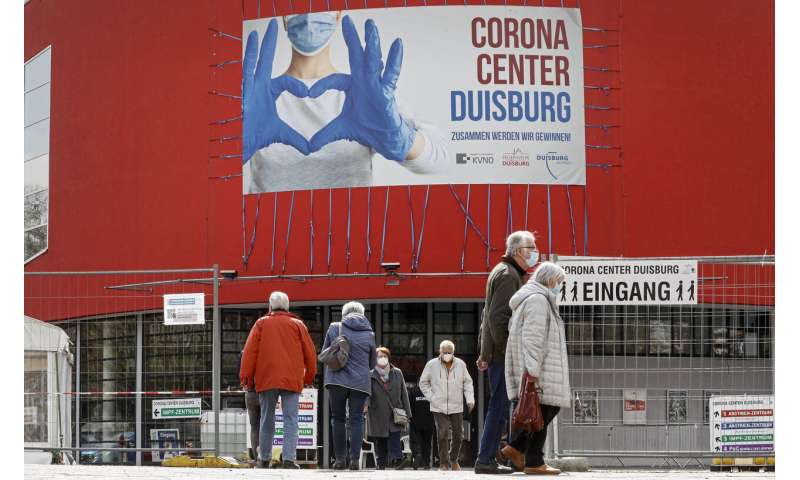 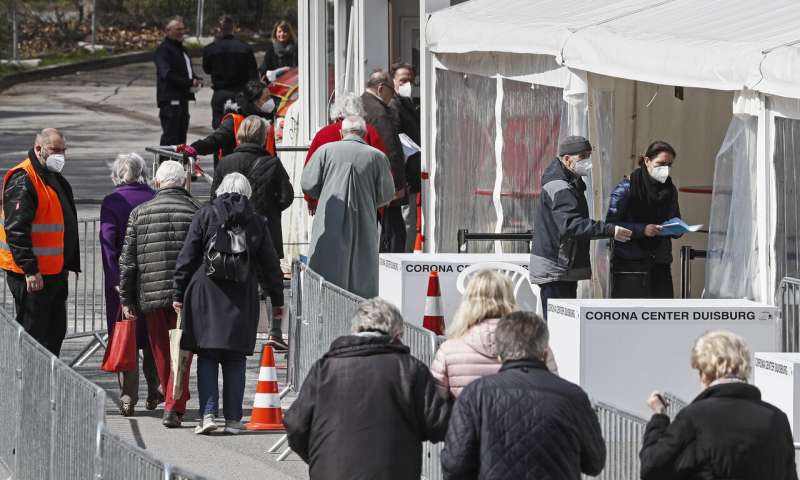 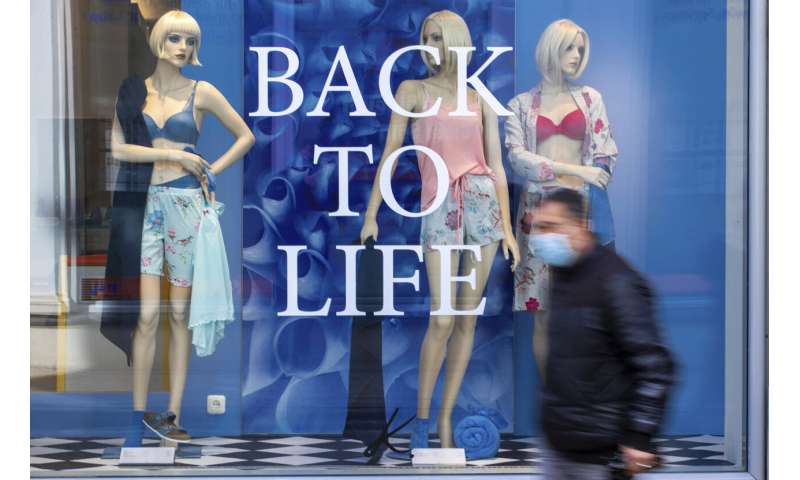 German authorities have restricted use of the AstraZeneca shot to people over 60 amid concerns over a small but significant number of unusual blood clots in vaccine recipients.

The European Medicines Agency has said the benefits of the vaccine far outweigh the potential risk, especially for older people who are more likely to suffer a serious form of COVID-19.