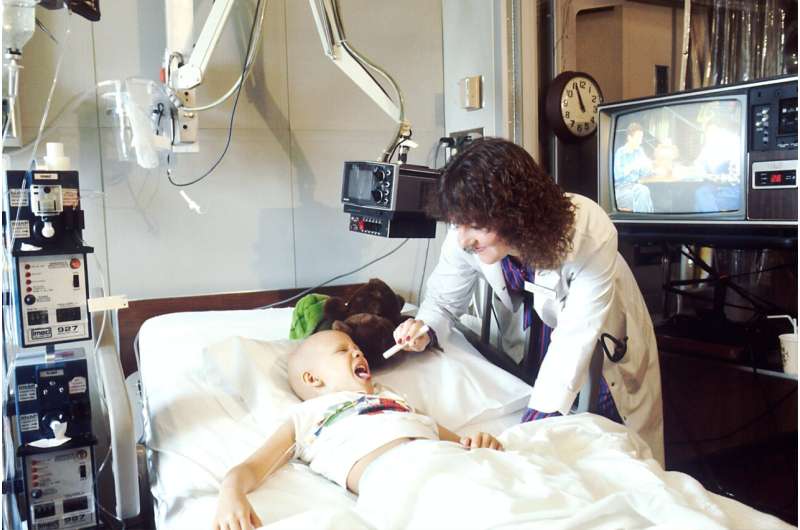 Scientists at St. Jude Children’s Research Hospital are studying the impact of genetic ancestry on childhood acute lymphoblastic leukemia (ALL), the most common type of pediatric cancer. The team found that ancestry itself is an independent factor contributing to differences in treatment outcomes. The scientists assembled an international cohort to determine how genetic ancestry affects leukemia biology and outcomes for modern therapy. The findings were published today in JAMA Oncology.

Racial disparities exist in both the incidence and treatment outcomes for childhood ALL, and there is limited data on the genetic basis for such disparities. This is further exacerbated by the lack of genomic research in ALL populations from Africa, Latin America and Asia, even though these populations make up the bulk of pediatric cancer cases globally.

To address this, the researchers created a diverse cohort of 2,428 children and adolescents with ALL treated on front-line clinical trials. The group was drawn from North America, Southeast Asia and Latin America and included individuals of European, African, Native American, East Asian and South Asian descent.

The researchers used a genomic technique called RNA-sequencing to comprehensively characterize ALL molecular subtype and genetic ancestry of each child. The results were analyzed for their associations with clinical features and treatment outcomes.

“As a field, we really need to put diversity front and center in our research going forward,” said corresponding author Jun J. Yang, Ph.D., St. Jude Department of Pharmacy and Pharmaceutical Sciences and Department of Oncology. “We need to stop assuming we can develop therapies focusing on white children and then they can just be extrapolated to others. The world is becoming increasingly diverse, and so are children with cancer. As we look to the next generation of therapies for ALL, it’s going to be essential we consider the diversity of this cancer on a global scale.”

The work underscores the importance of biology-driven treatment individualization, which may play a future role in helping to eliminate disparities in ALL outcomes.

“In terms of ALL biology, there are actually a lot of differences across ancestries which have an impact on survival and treatment outcomes,” said first author Shawn Lee, M.D., St. Jude Department of Pharmaceutical Sciences. “With this information we can help individualize treatment according to biology and even consider risk stratification according to ancestry to assist in planning biology-driven treatment protocols.”

A more complete picture of ALL genetics

The majority of the research which led to the current treatments for ALL was conducted in the United States and Europe. Thus, clinical and genomic data on children of diverse ancestral descent is limited. This study complements prior research from the Yang laboratory that discovered how genetic variation in NUTD15 explains the excessive risk for thiopurine-related toxicity in Asian children with ALL. These NUDT15 variants are rarely found in children with European ancestry, highlighting how important findings can be missed if studies do not include diversity in genetic ancestry.

The research also underscores the need for greater granularity in how genetic ancestry is considered. For example, Asian ancestry includes South Asians, East Asians and Southeast Asians, which are genetically distinct populations, with notable differences in ALL tumor biology and treatment outcomes.