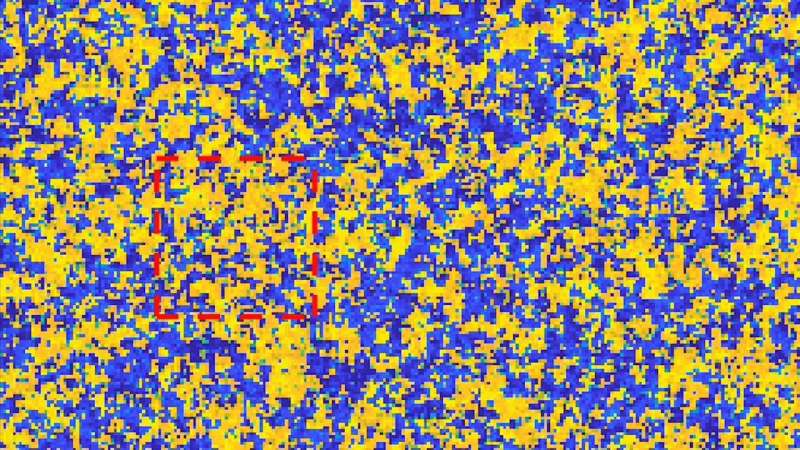 While sleeping, the entire brain rolls through long, slow waves of electrical activity, like waves on a calm ocean. Researchers call that state of consciousness “slow wave sleep.” Waking up changes the pattern of electrical activity into something that looks more like random noise. But Cold Spring Harbor Laboratory (CSHL) Assistant Professor Tatiana Engel, Postdoctoral Fellow Yianling Shi, and their collaborators found there are patterns in the noise. Looking at the visual processing region of a monkey brain, they discovered smaller, faster, more localized versions of the large rolling sleep waves. The shapes and dynamics of these local waves relate to how attentive that part of the brain is. The researchers think that the wave patterns provide an important clue to understanding sleep, anesthesia, and attention.

The part of the brain involved in visual processing (the visual cortex) is like a television screen that creates a picture out of a collection of dots or “pixels.” Each brain pixel is composed of a column full of neurons that act together. Unstimulated columns flicker between being electrically active and sensitive to stimuli (“On”) or being inactive and resistant to electrical activity (“Off”). If visual information (a stimulus) hits a visual column that is “On,” then the information is registered as a large electrical spike. But if visual information hits a column when it is “Off,” then it might not be registered at all.

Engel and Shi, in collaboration with Stanford University Professors Kwabena Boahen and Tirin Moore, and University of Washington Assistant Professor Nicholas A. Steinmetz, found that when monkeys are paying attention to a stimulus, the waves get shorter and choppier. “On” and “Off” states blink through visual cortex columns driven by this stimulus more quickly and in a smaller area than when the animal’s attention is elsewhere. But why would an awake and attentive brain want to cycle its columns off and miss information? Engel has a few hypotheses. She says, “keeping neurons in the ‘On’ state all the time is energetically costly. Another reason is that if we were always receptive to information, we may become overwhelmed; the ‘Off’ state could help suppress irrelevant information.”