Type 2 diabetes is survivable if it’s carefully managed, but each week the condition causes stroke, amputations and heart attack. Most of these complications occur when blood sugar levels run rampant. According to health bodies, these changes may alter a person’s breath, producing three distinct odours.

Diabetes ketoacidosis is one of several deadly side effects of diabetes, characterised by high levels of ketones in the blood and urine.

The NHS explains that it is a “serious problem that can happen in people with diabetes if their body starts to run out of insulin”.

The health body adds that the build-up of ketones in the body can become “deadly” unless treated quickly.

This reaction occurs inside the liver, which is in charge of processing fat into fuel known as ketones, which cause blood to become acidic. 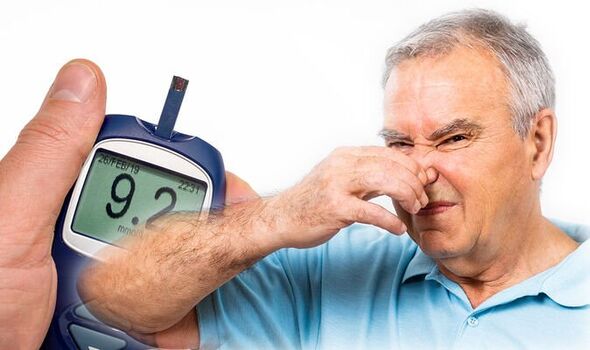 The most dangerous aspects of the condition are dehydration, potassium imbalance and acidosis, which are most likely to kill.

MedlinePlus explains the condition can produce three distinct odours that are likely to show up in a person.

According to the health body, these smells may include:

These smells occur when ketones are produced too quickly and build up in the blood, they can be toxic.

These ketones leave the body via breath and sweat, which explains the distinct smells.

It should be noted that the condition does occur exclusively in people with diabetes, but can also be seen with conditions like stroke and heart attack.

In diabetics, it is usually caused by hyperosmolar hyperglycaemic non-ketotic syndrome, which is a “dangerous condition resulting in very high blood glucose levels” that affects “both types of diabetics”, according to diabetes.co.uk.

The condition is less frequent and severe in type 2 diabetes, but can be “triggered by prolonged uncontrolled blood sugar” explains MedlinePlus.

Ketoacidosis that is not diabetic tends to be brought on by starvation, where a lack of glucose forces the body into ketogenesis.

Some medical literature has even reported that in rare instances the condition may be brought on by a diet low in carbohydrates. 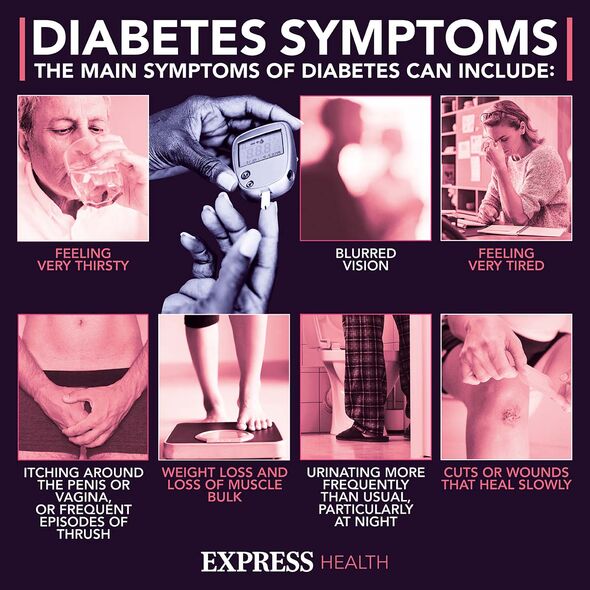 Many symptoms of the condition are ill-defined, but changes in body odour tend to be surefire signs of ketoacidosis.

Alternatively, patients may notice the rate of their breathing increases and that their breaths become deeper.

According to the MSD Manuals, the initial symptoms of the condition are:

Failure to address these symptoms as they emerge could result in death.