Researchers at the California Institute of Technology in Pasadena have developed a software tool called "Variant Database" that has detected an emerging lineage of severe acute respiratory coronavirus 2 (SARS-CoV-2) isolates in New York.

The novel SARS-CoV-2 virus is the agent responsible for the coronavirus disease 2019 (COVID-19) pandemic that continues to sweep the globe and has now caused more than 2.41 million deaths.

The Variant Database (VBD) tool can be used to quickly assess the rapidly changing mutational landscape of the viral spike protein that SARS-CoV-2 uses to bind to and infect host cells.

The team says the pattern of mutations in the emerging lineage (now designated B.1.526) suggests that it arose partly in response to selective pressure from antibodies.

"This lineage appeared in late November 2020, and isolates from this lineage account for around 5% of coronavirus genomes sequenced and deposited from New York during late January 2021," writes the team.

Anthony West and colleagues say that based on the collection dates of isolates from this lineage, it appears that they are now increasing in frequency.

A pre-print version of the research paper is available on the bioRxiv* server, while the article undergoes peer review. 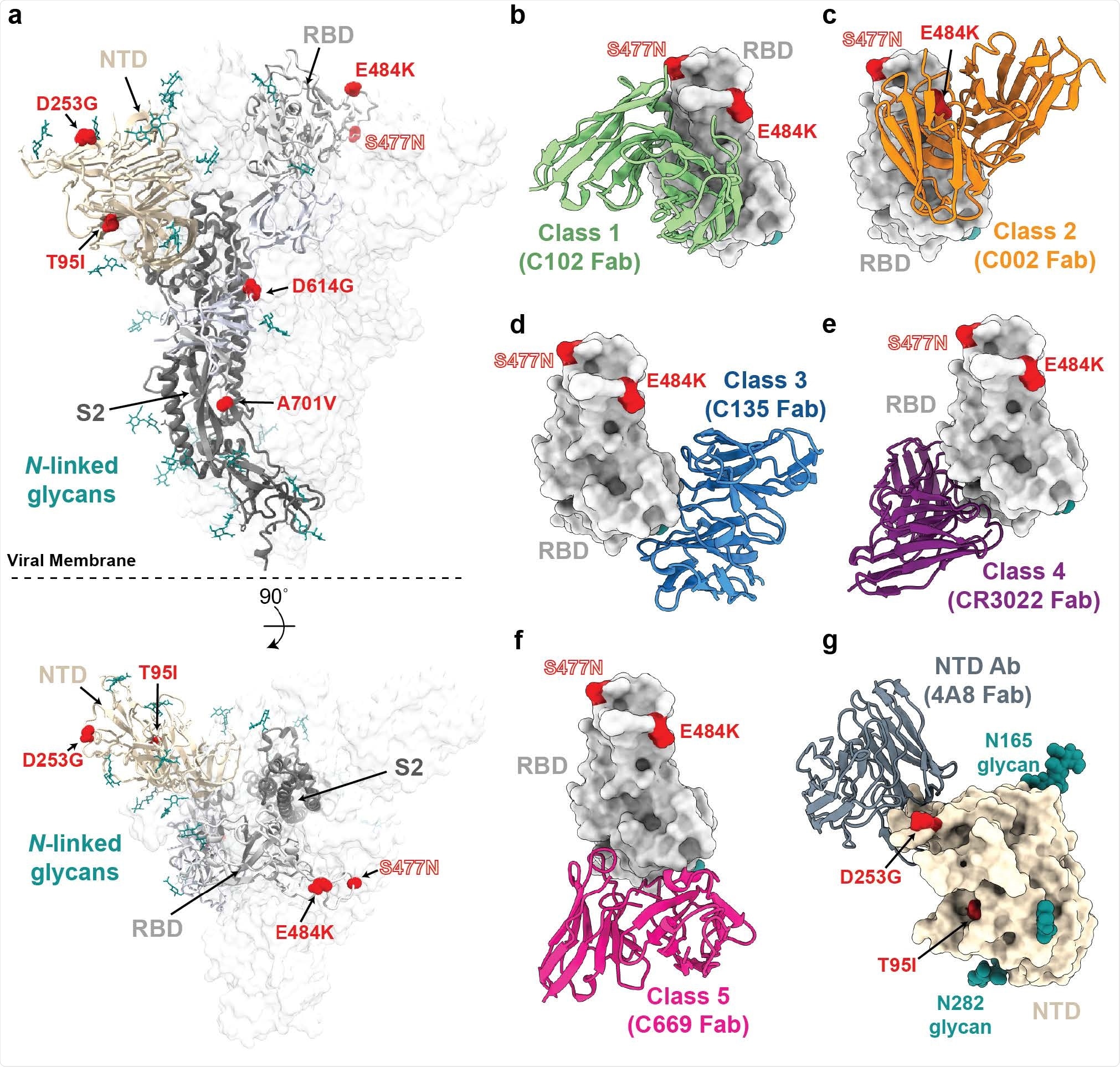 The variants that have emerged since early stages of the pandemic

Following the early months of the COVID-19 pandemic, the vast majority of SARS-CoV-2 isolates were found to contain the spike mutation D614G.

Several other variants emerged during the fall of 2020, containing numerous mutations that seemed to be focused on the spike protein.

"Multiple lines of evidence support escape from antibody selective pressure as a driving force for the development of these variants," says West and colleagues.

As concerns grow about the effects these mutations could have on the efficacy of antibody therapies and vaccines developed to protect against COVID-19, wide-scale genomic surveillance has been implemented to help researchers monitor and understand the evolution of SARS-CoV-2.

However, "analysis of this wealth of genomic sequences requires a variety of bioinformatics techniques," say the researchers.

The VDB software tool created by West and colleagues enables rapid analysis of the changing mutational landscape within the SARS-CoV-2 spike protein.

"Generally, clusters can be obtained from searches for patterns, and patterns can be found by examining a given cluster," says West and colleagues.

Clusters can be filtered by variables such as geographical location, collection date, the number of mutations or the presence or absence of a mutation pattern.

What did the authors find?

The team detected an emerging lineage of viral isolates in the New York region that shares mutations with previously reported variants. Several clusters of isolates were detected that had mutations at sites in the spike protein known to be associated with resistance to antibodies against SARS-CoV-2.

What is known so far about these mutations?

Research has previously shown that E484K disrupts the neutralization of numerous anti-SARS-CoV-2 antibodies. The mutation has been identified in variant B.1.351 that recently emerged in South Africa and in the B.1.1.248 variant recently identified in Brazil.

The S477N mutation, which has been identified in several earlier variants, lies near the binding site of multiple antibodies. It has been shown to increase viral infectivity by enhancing the binding of the spike protein to its host cell receptor angiotensin-converting enzyme 2 (ACE2).

"The overall pattern of mutations in this cluster suggests that it arose in part in response to selective pressure from antibodies," writes the researchers.

This B.1.526 variant emerged in late November 2020 and based on the collection dates of isolates from this lineage, it appears that they are now increasing in frequency, concludes West and the team.

Sally has a Bachelor's Degree in Biomedical Sciences (B.Sc.). She is a specialist in reviewing and summarising the latest findings across all areas of medicine covered in major, high-impact, world-leading international medical journals, international press conferences and bulletins from governmental agencies and regulatory bodies. At News-Medical, Sally generates daily news features, life science articles and interview coverage.