Around 100,000 people in the UK have this type of dementia, according to Alzheimer’s Research UK. The National Institute on Ageing (NIA) says sensitivity to heat and cold, dizziness, poor sense of smell, and other changes in automatic functions of the body is a possible sign. Therefore, people with DLB may notice they are very susceptible to changes in temperature.

It says other common symptoms include: 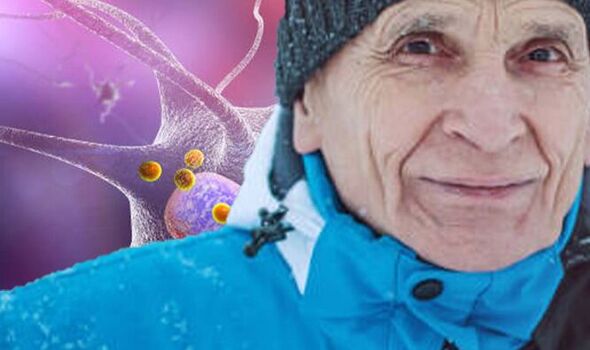 The NHS says people with dementia with Lewy bodies may have:

Dementia UK says memory is often less affected than with other types of dementia but people may be at more risk of mood and behaviour changes such as apathy, anxiety, depression, delusions and paranoia.

The NHS says: “See a GP if you think you have early symptoms of dementia, especially if you’re over 65 years of age.

“If you’re worried about someone else, encourage them to make an appointment with a GP and perhaps suggest that you go with them.”

The Mayo Clinic says Lewy body dementia, also known as dementia with Lewy bodies, is the second most common type of progressive dementia after Alzheimer’s disease.

Dementia UK says Lewy body dementia is a progressive, complex and challenging condition which is thought to account for 10 to 15 percent of all those with dementia.

It says around 10 percent of younger people with dementia have dementia with Lewy bodies.

In the early stages it is often mistaken for Alzheimer’s disease and can be diagnosed wrongly, according to the organisation.

How quickly dementia with Lewy bodies gets worse varies from person to person, according to the NHS.

The NHS says there’s currently no cure for dementia with Lewy bodies, but there are treatments that can help manage the symptoms. 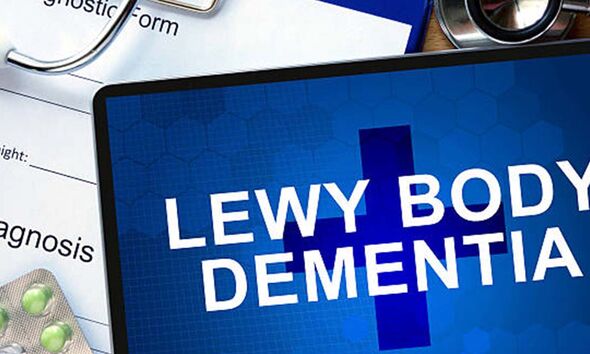 “Medicine cannot stop dementia with Lewy bodies getting worse, but for some people it can help reduce some of the symptoms.”

In addition to medicine, there are a number of therapies and practical measures that can help make life easier for someone with dementia, notes the health body.

For every 100 people who have dementia, about ten to fifteen will have dementia with Lewy bodies, according to Alzheimer’s UK.

DLB tends to cause symptoms which come on gradually, and if you have any early stage signs it is always a good idea to flag them with your GP.