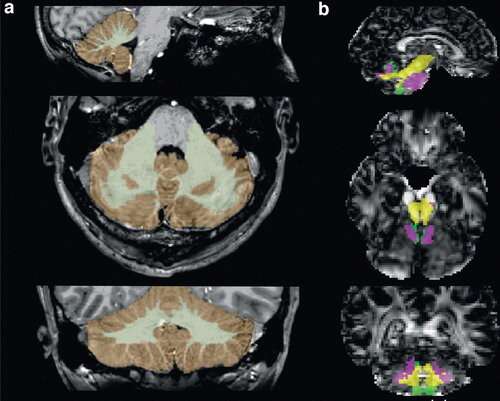 Many professional athletes who have sustained head trauma in sports have lingering symptoms that affect everyday life, including depression, dizziness, difficulty focusing the gaze and balance problems. Little help has been available as the cause has been unknown. A clinical study from Lund University in Sweden can now show that the problems originate in an injury to the vestibular nerve.

Athletes in contact sports such as ice hockey, football and skiing have an increased risk of sustaining a head injury. If the impact is severe enough, the athlete can suffer a concussion. Even minor head injuries can have serious consequences. The problems have been brought to light within American football, where players who have suffered from repeated concussions have developed dementia, severe depression and cognitive impairment.

In many cases, the symptoms after a concussion are temporary, but an increasing number of athletes experience long-term problems that make it difficult to work, go to school or play sports. The symptoms are aggravated by activity or impressions and include headaches, depression, anxiety, nausea, difficulty focusing and problems with balance.

“It has been unclear what causes the symptoms, and it is difficult for healthcare professionals to help these athletes. We wanted to investigate this further to find out what really causes the symptoms,” says Niklas Marklund, professor of neurosurgery at Lund University, consultant at Skåne University Hospital with a scientific interest in sports-related head injuries and one of the researchers behind the article.

A total of 42 people were included in the study. One group included 21 healthy athletes without previous trauma to the head, and the other 21 athletes who all suffered from sports-related concussions and who had experienced persisting symptoms for more than six months. All the participants underwent various tests in which the researchers examined, among other things, their balance organs. Using a so-called 7-Tesla MRI, the athletes’ brains were studied to understand more about what caused the symptoms. The researchers found impaired function of the balance organs in the inner ear of 13 athletes in the group with long-term problems. In the group of healthy athletes three people had similar findings.

“The test results show that the injury is located to the vestibular nerve, which is connected to the semicircular canals in a cavity inside the skull, and which is directly adjacent to the cochlea in the ear. These injuries lead to the inward nerve impulses not working properly, and the brain therefore does not receive important information about body movements and sensory impressions required to maintain a good balance,” says Anna Gard, doctoral student at Lund University, resident in neurosurgery at Skåne University Hospital and first author of the study.

When you suffer from a concussion, it is often because the head rotates too fast, for example when tackling in ice hockey.