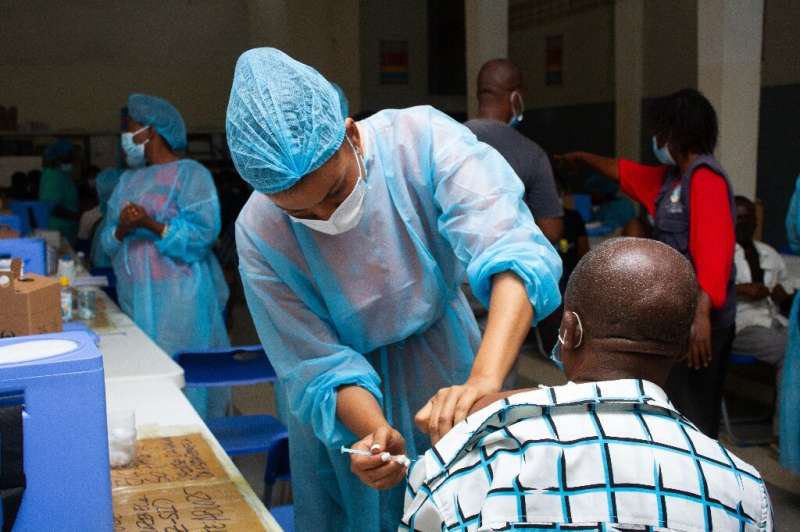 The Nobel season opens on Monday with the pioneers of mRNA Covid-19 vaccines and immune system research tipped for the medicine prize, which kicks off a week of awards against the backdrop of the pandemic.

Breakthroughs in breast cancer, new approaches to rheumatology treatments, as well as research into epigenetics, cell adhesion and antibiotic resistance are also believed to have good chances of winning, experts polled by AFP said.

Two names stand out in particular this year, given the ongoing pandemic: Hungary’s Katalin Kariko and Drew Weissman of the United States, pioneers of messenger RNA (mRNA) vaccines and professors at the University of Pennsylvania.

Their discoveries, published in 2005, paved the way for the development of the Pfizer/BioNTech and Moderna vaccines, which have already been injected into more than a billion people worldwide.

The technology has also shown promising results for use against other diseases.

The creator of the prizes, Swedish dynamite inventor Alfred Nobel, laid out in his will that the awards should go to those who have conferred the “greatest benefit to humankind”—making the pair an obvious choice to some.

“It would be a mistake for the Nobel committee not to give the prize to the mRNA vaccine this year, even if it is a bit risky,” said Ulrika Bjorksten, head of Swedish public radio’s science section.

She noted the pair’s work could also be worthy of the Nobel Chemistry Prize, to be announced on Wednesday.

However, many believe the duo—who hold senior positions at German laboratory BioNTech—may have to wait for the accolade.

The various committees tasked with selecting winners for the science prizes are known for allowing years or even decades to pass so that a discovery’s true impact can be evaluated before the Nobel is bestowed.

In theory, Nobel’s will also specified the prizes should go to work done in the past year, but this has rarely been heeded.

“I don’t think it will happen. I just think of the conservatism of the committee’s choice. Certainly they would be considered in future years but I’m doubtful for this year,” David Pendlebury of Clarivate Analytics, which publishes a list of likely laureates.

Pendlebury said he instead believed the prize would likely go to American Max Cooper, 88, and French-Australian Jacques Miller, 90, for their discovery that white blood cells essential to the human immune system were divided into two categories, B and T lymphocytes.

T-cells have also played a role in understanding immunity to Covid-19.

In 2019, the two received the prestigious Lasker Prize—often seen as a precursor to the Nobel.

But the fact that they have yet to receive a Nobel is widely seen as an anomaly.

“For these two, there must be something we don’t know,” Pendlebury said.

Other researchers believed to be worthy of a Nobel include pioneers in the field of cell adhesion, such as Japan’s Masatoshi Takeichi, US-Finnish scientist Erkki Ruoslahti and British biologist Richard Hynes.

The study of how behaviour and environment can cause changes that affect how genes work—a field known as epigenetics—is also seen as a possibility, with American David Allis and American-Romanian Michael Grunstein mentioned.

In the midst of Covid-19

In the fight against breast cancer, Americans Dennis Slamon and Mary-Claire King could win for identifying risk genes, which has paved the way for treatments.

Another gene specialist, Lebanese-American Huda Zoghbi who discovered the gene responsible for Rett syndrome, is also among potential recipients.

Australian-British Marc Feldmann and Briton Ravinder Maini have also been mentioned for years for having identified the role of a cytokine in rheumatoid arthritis.

The UK’s Julian Davies could see also his research into antibiotic resistance, a serious public health issue, given the nod.

While the 2020 award was handed out in the midst of the pandemic, this is the first time the entire selection process has taken place under the shadow of Covid-19.

Nominations closed at the end of January, and at that time last year the novel coronavirus was still largely confined to China.

The 2020 prize did end up going to virus research, albeit the discovery of the Hepatitis C virus.

The Nobel season continues on Tuesday with the award for physics and Wednesday with chemistry, followed by the much-anticipated prizes for literature on Thursday and peace on Friday.

The economics prize winds up the season on Monday, October 11.