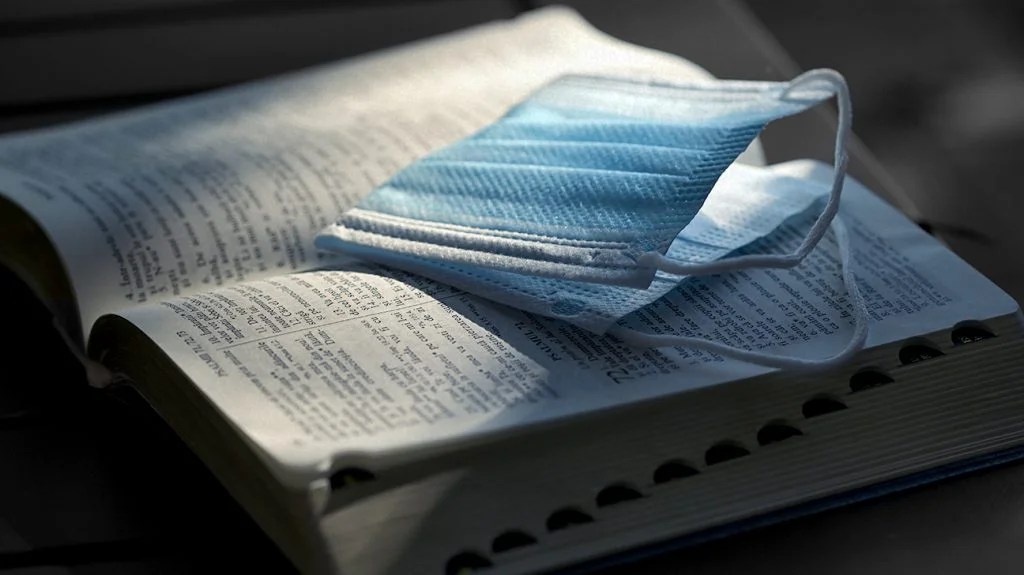 The researchers wanted to investigate how people’s perspectives about COVID-19 affected self-protection and disease avoidance motivations.

The study’s authors assert that science and faith are “two different approaches to making sense of and responding to events in the world.”

According to the research, people with a faith-based or religious mindset believe in the existence of a deity or deities. They trust in a supreme being or beings who can help them understand natural events and meet life’s challenges.

In contrast, the science mindset holds that scientific knowledge, based on logic and empirical evidence, is essential for understanding and dealing with life.

The researchers surveyed 858 Amazon Mechanical Turk workers in March 2020. Follow-up surveys in April and June 2020 included 339 of the original participants and were supplemented with new individuals, creating a total of 400.

Amazon Mechanical Turk is an online platform for crowdsourced labor — microtasks for small piece rates — that behavioral and computer scientists use widely to test public opinion.

The series of surveys measured levels of worry about developing COVID-19. Participants also shared their degree of motivation to avoid disease overall.

The research team also asked how much the workers believed that faith in a higher power or science was a dependable source of knowledge or that it could solve problems.

Because of high political polarization surrounding the pandemic, the team controlled for political beliefs in their assessments.

“We expected attitudes about faith and science to change because of the pandemic. [W]e found that people relied mostly on science in making sense of the global pandemic that disrupted all of our lives.”

Johnson said that the pandemic did not increase interest in science, but science-minded individuals showed greater concern about COVID-19.

However, the study’s results did not indicate a direct relation between faith mindsets and COVID-19 concerns.

Instant access to medical advice and statistics with round-the-clock news updates may have led people to depend more on scientific information for practical solutions regarding the pandemic.

On the other hand, lockdowns and quarantines severely curtailed in-person religious activity in most areas of the country.

The current study agrees with earlier research suggesting that people turn to science when facing their own mortality or low-control situations.

New Zealand scientists carried out a similar survey of Amazon Mechanical Turk workers, finding that trust in science increased during the first few months of the pandemic in the U.S.

Johnson and her team realize that the study’s timeframe is extremely limited. They stated: “We may have found stronger (or weaker) effects with a longer lag time.”

A much larger Pew Research Center survey conducted later in 2020 found that religious faith increased in America amid the throes of COVID-19. Almost 30% of respondents reported stronger personal faith.

The researchers understand that other cultural norms and trends, individual motivations, experiences, and other factors play into the influence of faith or science on individuals.

The study also does not account for the effects of contradictory or erroneous information. The authors note that “perceptions of misinformation may have undermined reliance on science.”

Dr. Mark Hoelterhoff, Ph.D., lecturer in clinical psychology at the University of Edinburgh in Scotland, feels that a “faith mindset vs. science mindset” perspective may not fully reveal what drives COVID-19 concerns and related behaviors.

“I think the biggest disconnect is not necessarily [a] faith vs. religious mindset per se, but the level of critical thinking […] Critical thinking is about evaluating the preponderance of evidence and making conclusions based on observable data, not emotionally driven snap judgments. These snap judgments are often error-prone, despite the passion behind them.”

The study also warns, “The broad claim that a science mindset was more salient or increased at the expense of faith should be interpreted with caution.”

The authors acknowledge that people of faith are generally receptive to scientific information, with exceptions that include evolutionary theory.

While the current study finds “seemingly hydraulic effects of faith and science,” other research suggests that the two perspectives can complement each other.

“Future research should continue to test hydraulic versus complementary models of science and faith mindsets by examining how perceptions about the relationship between science and faith might influence people’s willingness to draw on both sources for comfort, care, and control.”