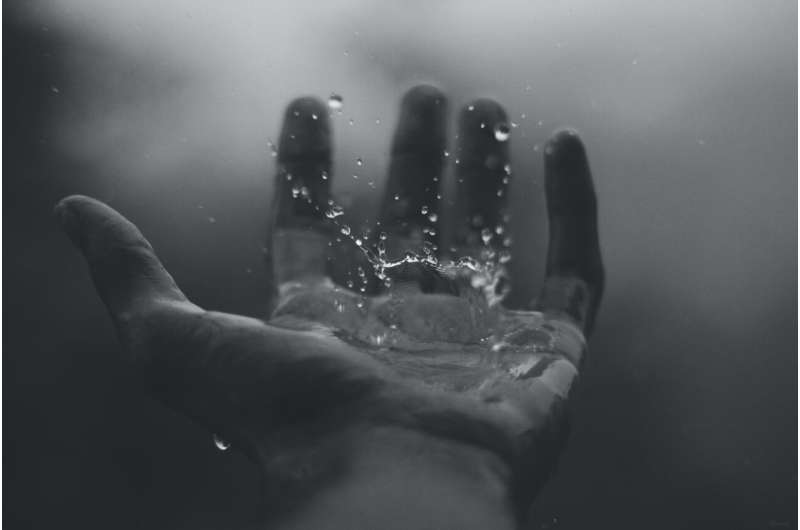 Nicolas Osbert is convinced that when it comes to promoting the concept of handwashing, two years of the COVID-19 pandemic achieved what UNICEF, WHO and development agencies could not in two decades.

Osbert should know. He is the chief of the Water, Sanitation, Hygiene (WASH) program at UNICEF in India and has 20 years of experience with WASH and public health programs in Africa, Latin America and the Asia Pacific.

According to the Joint Monitoring Program for WASH report released by UNICEF and the WHO in July 2021, COVID-19 highlighted the value of good hand hygiene. At the onset of the pandemic, three in 10 people worldwide did not have facilities within their homes to wash their hands using soap and water.

Some 818 million children around the world lacked basic handwashing facilities at their schools, placing them at increased risk of COVID-19 and other transmittable diseases, the UNICEF-WHO report said. Of these children more than a third (275 million) were from South Asia.

In South Asia, by 2020, 80% of Pakistan’s population had basic hygiene facilities including handwashing arrangements at home with soap and water. India followed with 68% while Nepal recorded 62% and Bangladesh 58%, according to UNICEF-WHO.

The rate of improvement in basic handwashing practices between 2015 and 2020 was highest in Bangladesh at 3.33%. This was followed by Pakistan with 3.15%, Nepal with 1.37% and India with 0.10%. Nepal, Pakistan and Bangladesh also figure in a list of 13 countries that increased overall hygiene by five percentage points during that period.

In 2016, according to a WHO South-East Asia Regional Office (SEARO) survey, only 44% of schools in Bangladesh had basic services for washing hands with soap and water. The situation in Indonesia, which falls within SEARO region, was worse with just 42% while India had 55%.

Even by 2020, close to 60% of schools in Indonesia are still lacking functional handwashing stations equipped with water and soap.

India had far better progress for the same year. More than 90% of schools in India already had basic hand wash facilities as compared to only 36.3% in 2013, according to the Unified District Information System for Education of the Ministry of Human Resources Development

As COVID-19 spread across India in March 2020, UNICEF launched a program of securing WASH services to at-risk, low-capacity and vulnerable communities in South Asia’s biggest country with a population of nearly 1.4 billion people. The program focused on frequent handwashing with soap and water—identified as a key measure in preventing COVID-19 transmission—though it could not be pursued in schools as they were closed.

“WASH teams closely coordinated with the central Ministry of Jal Shakti, Ministry of Human Resource Development and the Ministry of Health and Family Welfare, to promote school WASH programs by supporting their policy and advocacy efforts as well as implementation,” said Osbert. “We also worked with development partners, who provided millions of bars of soap and with provincial governments in 15 states to push handwashing.”

“It helped that the Swacch Bharat Mission-Grameen (a public behavior change initiative) and the Jal Jeevan Mission (to provide every household with a tap), were pet projects of Prime Minister Narendra (Modi) aimed at securing access to safe sanitation and water through empowered communities,” Anushree Mishra, a communication and advocacy specialist who was involved with the WASH program, told SciDev.Net.

“Simple handwashing with soap and water was found to work better than vaccination in preventing the spread of not only COVID-19 but pathogens responsible for diarrhoeal diseases and respiratory illnesses,” says Osbert. “The other benefit with handwashing is that it helps prevent the development of microbial resistance due to reduced use of antibiotics.”