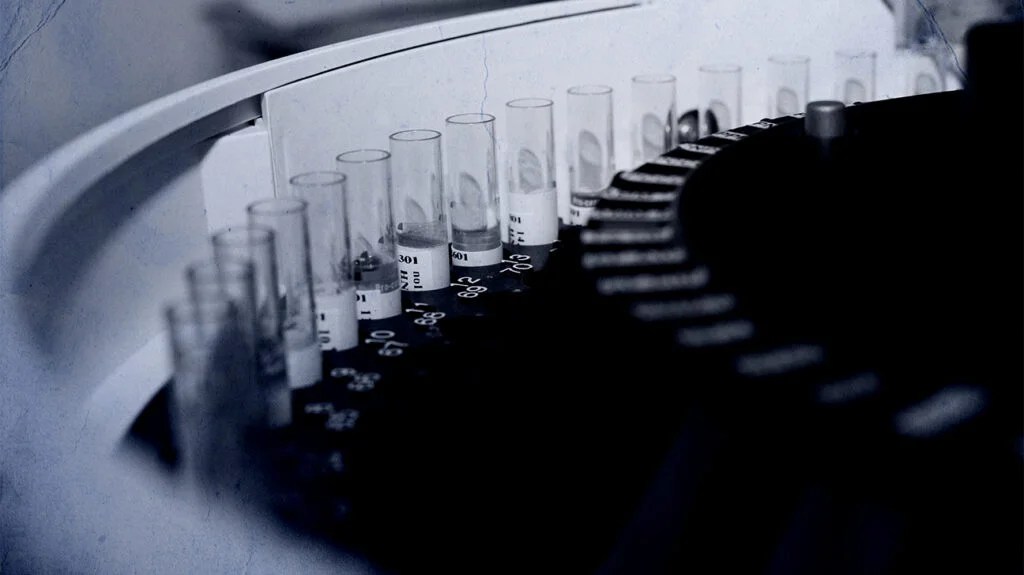 Since the start of the COVID-19 pandemic, researchers have reported three cases of Parkinson’s symptoms that developed after contracting SARS-CoV-2.

The people in question were relatively young for a diagnosis of Parkinson’s disease, which has led to speculation that the virus somehow triggered the condition.

COVID-19 causes neurological complications in up to 85% of patients. One of the most common is anosmia, or loss of the sense of smell, which is also an early sign of Parkinson’s.

There is some evidence from lab studies that SARS-CoV-2 can infect brain cells. However, scientists disagree on whether the virus itself or the body’s immune response to it causes neurological symptoms.

Parkinson’s is a degenerative brain disease that causes problems with movement.

Several genetic, environmental, and lifestyle factors — plus older age — are known to increase the risk of Parkinson’s.

Experts believe that in people with Parkinson’s, molecules of a protein in the brain called alpha-synuclein clump together at the cellular level to form toxic amyloid fibrils. Over time, these kill off the neurons that produce the neurotransmitter dopamine, which is essential for motor control.

Scientists at the University of Twente in Enschede, the Netherlands, have now found evidence that one of the proteins in SARS-CoV-2 may speed up the conversion of alpha-synuclein to amyloid fibrils.

The scientists found that the virus’s nucleocapsid protein or N-protein, which packages its genetic material, accelerated the rate at which alpha-synuclein aggregates to form amyloid fibrils.

By contrast, the spike protein of the virus had no effect on the rate of aggregation.

COVID-19 vaccines target the spike, the structure that the virus uses to break into host cells.

Medical News Today contacted several Parkinson’s experts who remained skeptical about any potential connection between COVID-19 and the condition.

“There is still much we don’t fully understand when it comes to Parkinson’s, and there is a great global effort in current research to better our understanding of the protein alpha-synuclein and Parkinson’s,” said Beckie Port, Ph.D., research communications manager at the charity Parkinson’s UK.

“These particular findings are interesting, but they have only been conducted in a test tube, and it’s simply far too early to say if the results would be the same in the human brain,” she told MNT.

She emphasized that there is no evidence that the frequency of Parkinson’s diagnoses has increased since the start of the COVID-19 pandemic.

“Before the pandemic, Parkinson’s was already the fastest growing neurological condition in the world, and we’ve not seen data that suggests the number of people being diagnosed with Parkinson’s has sped up at all since March 2020,” she said.

Michael S. Okun, M.D., executive director of the University of Florida’s Norman Fixel Institute for Neurological Diseases in Gainesville, said the study was just one of many steps needed to demonstrate a link.

“The public should not overinterpret these findings, as ‘in the test tube’ is not equivalent to ‘in the human,’” said Dr. Okun, the national medical advisor for the Parkinson’s Foundation in the United States.

“Simply stated, we should not panic as we are far from the evidence necessary to establish a connection,” he added.

To assess the rate of aggregation of alpha-synuclein in their experiments, the scientists used a chemical probe that fluoresces when it binds to amyloid fibrils.

They found that, in the absence of any proteins from SARS-CoV-2, it took more than 240 hours for alpha-synuclein to form the fibrils.

While the spike protein had no effect, the N-protein reduced the aggregation time to less than 24 hours.

In other test-tube experiments, the scientists found that three or more alpha-synuclein molecules bound to each N-protein.

Finally, the researchers injected N-protein and fluorescently labeled alpha-synuclein into a type of human nerve cell that scientists often use to model Parkinson’s disease.

They also injected some cells with alpha-synuclein alone. These acted as controls.

They found that at concentrations of N-protein that they may find in a cell infected with SARS-CoV-2, about twice as many cells died compared with the control.

There was also evidence that the N-protein altered the normal distribution of alpha-synuclein in the cells and led to the creation of elongated structures.

The scientists were unable to confirm whether these structures were amyloid fibrils.

The study may have safety implications for next-generation COVID-19 vaccines.

Some vaccine designers are considering the possibility of using the N-protein to provoke an immune response rather than the spike protein.

Unlike the spike, the N-protein changes very little when new strains of the virus evolve. So a vaccine based on the N-protein would, in theory, remain just as effective against emerging strains.

But there would be safety concerns if further research provides evidence that the N-protein increases the risk of Parkinson’s.

“Please keep in mind that our experiments are all in the test tube, [so] commenting on what would happen in the brain is speculative,” co-senior author Mireille Claessens, Ph.D., told MNT.

She said that their experiments suggest that the S-protein cannot induce alpha-synuclein aggregation.

“From this result, we speculate that even if after vaccination S-protein happens to be produced in the brain that would not pose a risk from the standpoint of inducing protein aggregation.”

“Following the same reasoning, this would be different for N-protein,” she added.