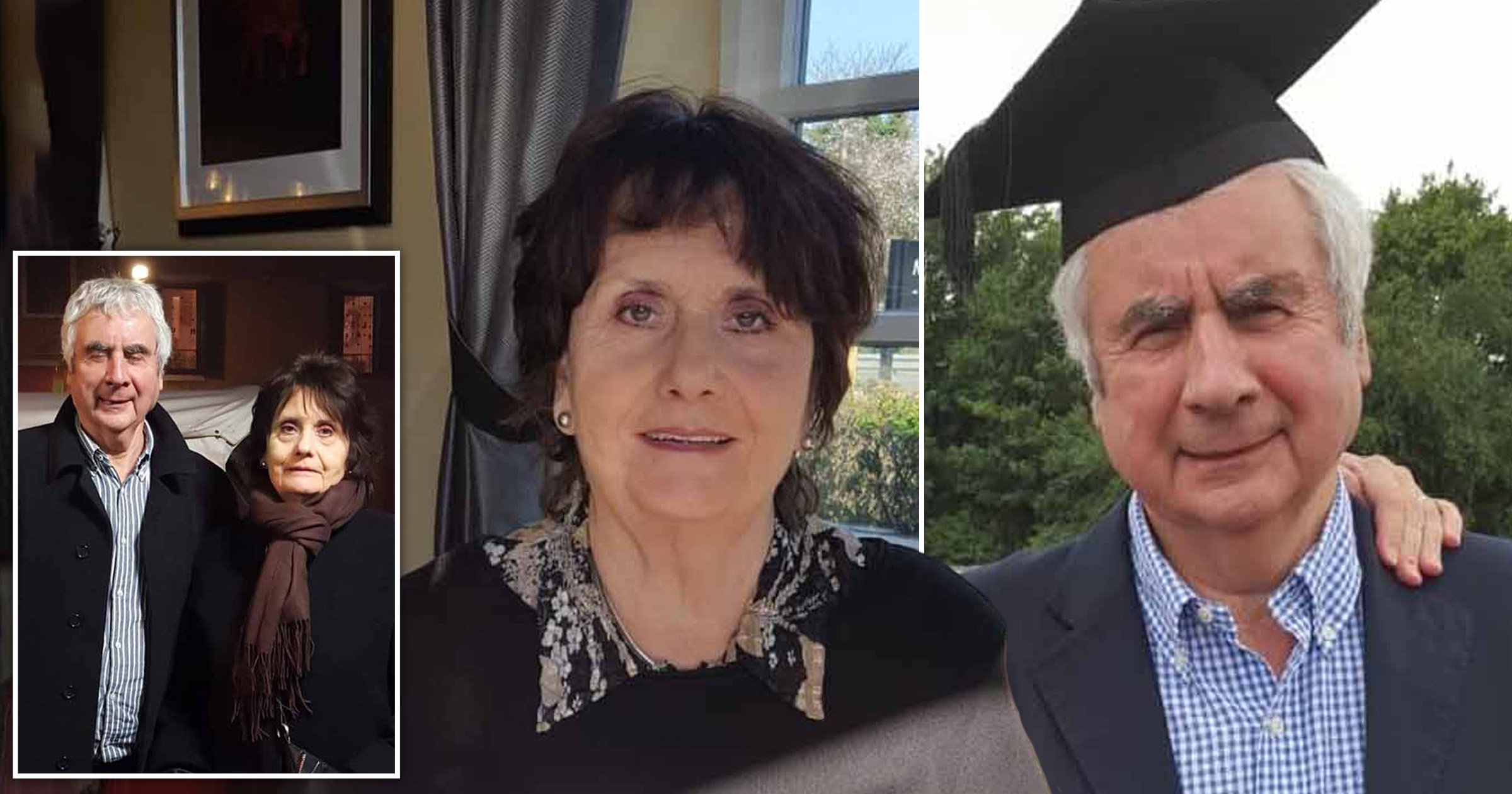 You wouldn’t typically expect any surprises after 55 years of marriage.

However, a couple who underwent restorative sight surgery in their 70s are now seeing each other properly for the first time in years.

Since meeting at the age of 17, Terry and Brenda Smith have been inseparable.

Now, five decades on, the pair have two daughters, three grandsons, one granddaughter and three great-grandchildren together.

But routine eye tests earlier this year prompted the couple to book in for surgery – as they were told their sight was noticeably impaired by cataracts.

Brenda, who has worn glasses since her 30s, was the first to receive the treatment on March 31 – and was shocked to see everything in greater detail.

She says: ‘After my operation, I couldn’t believe what I was seeing. I said to Terry, ”You’re not shaving right.” I had to trim his eyebrows and everything.’

Similarly, Terry – who received the surgery a month after Brenda – was also surprised by his wife’s appearance post-operation. But admits he’s cautious about revealing details, for fear of insulting his other half.

Terry adds: ‘I couldn’t believe the amount of stubble on my chin after I’d shaved. I clearly hadn’t been doing it right for years.

‘I also noticed things like the colour of my wife’s hair, which I know she tints, was perhaps a little brighter than it really should be.

‘The colour of clothes changed, too. Things I thought were a certain colour were completely different. This raincoat I’ve got that I thought was grey was actually green.’

The couple add that the operation has transformed their day-to-day, as they no longer need glasses for different activities.

Brenda says: ‘Almost straight away, we could both see without needing glasses.

‘I remember looking down and noticing the sparkling sapphires in a ring my sister bought me. I’d never really noticed them before.

‘I’ve always put make-up on using a magnifying mirror, but after the operation, I couldn’t believe all the hairs and things on my face. I’d never seen them before.

‘Seeing properly has also made me far better at cleaning windows – a job I really dislike.

‘We used to have all these different pairs of specs in the kitchen for different purposes. Now we have 20/20 vision without needing them and I just have two pairs of sunglasses.’

She says: ‘It’s made it much easier for me to create new designs and it’s far more enjoyable, too.’

He says: ‘It feels like a miracle. It feels like my vision has been restored to how it was when I was 15 years old.’