Physicists have found a way to make powerful UV LEDs that they believe manufacturers could incorporate into lightweight devices for destroying pathogens such as the new coronavirus. 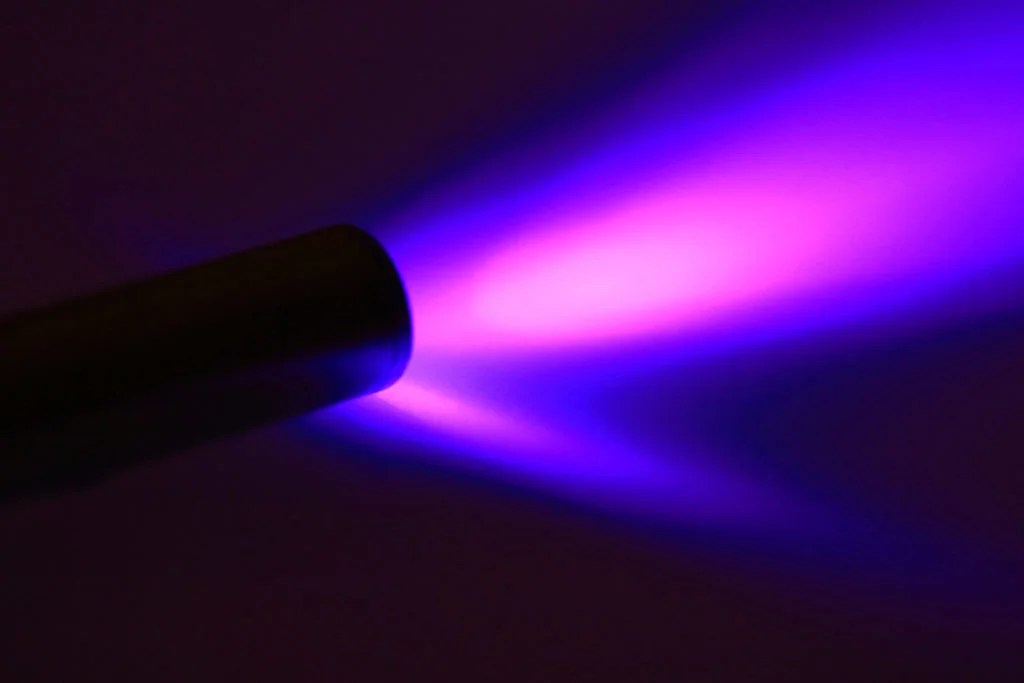 A newly discovered material that conducts electricity and is transparent to UV light could have a use in portable devices for killing SARS-CoV-2. This is the virus that causes COVID-19.

An international team of physicists, led by Pennsylvania State University (Penn State) in Philadelphia, believes that manufacturers could incorporate UV LEDs made with the new material into lamps that are lighter, cheaper, and more efficient than the UV lamps people currently use for disinfection.

The idea of using UV light to kill microbes has been around since at least 1877, when the British chemists Arthur Downes and Thomas Blunt published a paper in the journal Nature reporting that sunlight inhibits the growth of bacteria.

Stay informed with live updates on the current COVID-19 outbreak and visit our coronavirus hub for more advice on prevention and treatment.

Some people hope that increased amounts of sunlight during the summer months in Europe and the United States will slow the spread of the new coronavirus.

However, in a recent article in The Lancet Microbe, microbiologists point out that by the time sunlight reaches the ground, it no longer contains the shorter wavelengths of UV light that destroy the genetic material in viruses.

A future staple in operating theaters?

The UV systems that health professionals use to sanitize areas such as hospital operating theaters deploy these shorter wavelengths. Known as UVC, they are in the range of 200–280 nanometers.

Research from 2016 found that UVC is highly effective at deactivating coronaviruses closely related to SARS-CoV-2.

To deliver sufficient doses, the UV sources in these systems are usually mercury-containing lamps. However, these are expensive and bulky and use a lot of power.

LEDs that emit UV would make a cheap, lightweight, and energy-efficient alternative, but current versions are not powerful enough to deliver a knockout blow to viruses.

Their power output is limited by the necessity for LEDs to use electrodes that are transparent to the wavelengths of light they emit. At present, the best available material that is transparent to UV at the right wavelengths is a poor conductor of electricity.

“You have to ensure a sufficient UV light dose to kill all the viruses,” says senior study author Roman Engel-Herbert, an associate professor of materials science, physics, and chemistry at Penn State.

“This means you need a high performance UV LED emitting a high intensity of UV light, which is currently limited by the transparent electrode material being used.”

To develop LED computer screens, smartphones, tablets, and light bulbs, scientists have had to develop materials that not only conduct well but are also transparent to visible light.

If anything, the challenge has proved even greater for scientists trying to develop better conductors that are transparent to UV at shorter wavelengths.

“There is simply no good material choice for a UV-transparent conductor material that has been identified,” says study co-author Joseph Roth, a doctoral candidate in materials science and engineering at Penn State.

Shining a light on correlated metals

The Penn State researchers, in collaboration with materials scientists at the University of Minnesota in Minneapolis, predicted that a new class of transparent conductors called correlated metals might fit the bill.

They theorized that a correlated metal made from strontium niobate would be both transparent to UVC and a good conductor.

With the help of colleagues at the University of Tokyo in Japan and Tohoku University in Sendai, also in Japan — who make thin films of strontium niobate — the researchers first confirmed their performance as UV-transparent conductors.

The next step was to check whether or not they could deposit the films onto integrated circuits using a standard industrial technique. This will be essential to incorporate the new material into UV LEDs cheaply and on an industrial scale.

“We immediately tried to grow these films using the standard film-growth technique widely adopted in industry, called sputtering. We were successful.”

The scientists conducted their research before the onset of the COVID-19 pandemic. They originally envisaged devices for applications such as water disinfection but quickly saw their potential in the current crisis.

They now see UVC-emitting LED technology as a potential way to deactivate the new coronavirus in the heating, ventilation, and air conditioning systems.

The researchers say that people could use portable devices to disinfect public areas, such as theaters, sports arenas, subways, buses, and airplanes.

Although the potential of the new material is exciting, it is important to emphasize that the research is still in its initial stages.

One important limitation of a handheld device would be ensuring that it can deliver sufficiently sustained high doses of UV to deactivate the virus.

For comparison, to guarantee that it could destroy 99.9% of coronavirus particles, the aforementioned UVC system for disinfecting operating theaters had to irradiate surfaces for at least 5 minutes.