Coronavirus sparked concerns about the risks children could face upon their return to school, with parents expressing their fears pupils could catch and transmit the deathly disease to relatives and friends. But the largest study on COVID-19’s impact on children conducted in the UK so far has resulted in some reassuring data for parents unsure about the reopening of schools. Speaking to the BBC Today programme, researcher Dr Calum Semple said the study had found there is a “vanishingly small” chance of children becoming dangerously infected.

Dr Semple said: “We looked at roughly two-thirds of all hospital admissions to England, Scotland and Wales over the first wave of the pandemic.

“We looked at 69,500 people attending around 280 hospitals, so that’s a very big study. And, when we looked at it very carefully and looked at all the numbers, we found that out of that 69,500 there was only 650 children.

“One percent of hospital admissions were children, and of those 650 only six died. Each of these deaths are a huge personal tragedy, of course, but in the bigger picture this is reassuring.”

The University of Liverpool academic noted the six children who had died had presented with coronavirus symptoms in addition to “life-limiting” pre-exisiting conditions. 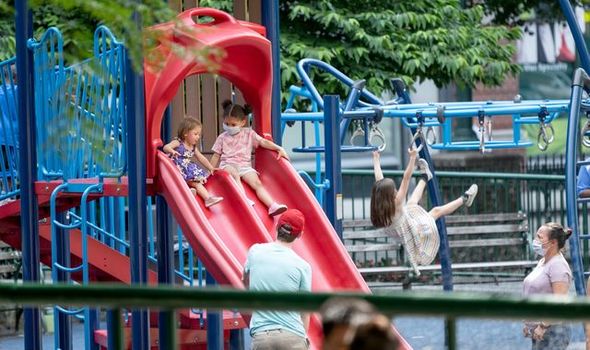 He continued: “What we can say is that each of these six children had profound, underlying medical issues prior to getting ill with COVID and, in many cases, these conditions would have been life-limiting in their own right.

Dr Semple said the results of the study were “reassuring” overall and admitted he and colleagues felt confident enough with the data to send their children back to school next week.

He added: “We did have quite a few children going to intensive care needing organ support and we can’t deny that it’s possible for children to get severe disease, but in the bigger picture we want to be able to reassure parents.

“I am a parent and I’m a pediatrician and me and my colleagues are finding this reassuring. We’re sending our children back to school.”