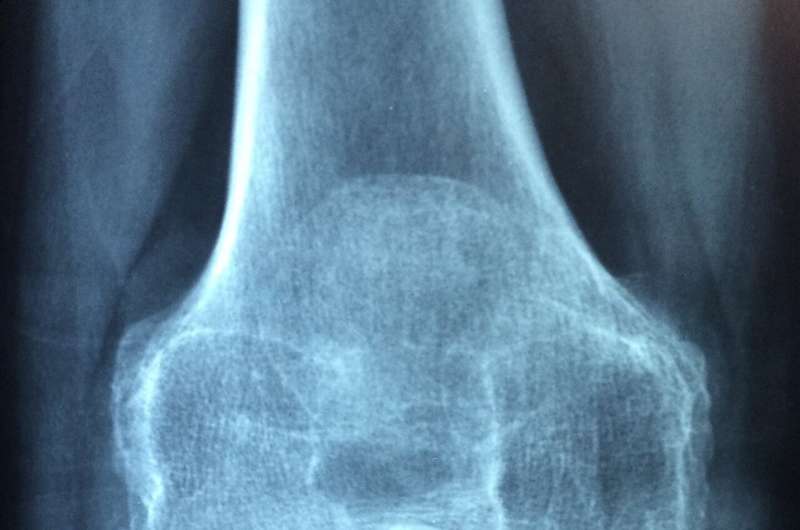 For patients with rheumatic arthritis and other chronic inflammatory diseases, discontinuing biologic disease-modifying anti-rheumatic drugs (bDMARDs) prior to orthopedic surgery does not appear to increase the risk of surgical site infections or delayed wound healing, concludes a review and meta-analysis in The Journal of Bone & Joint Surgery.

However, patients discontinuing bDMARDs may be more likely to experience a disease flare following orthopedic surgery, according to the report by Bernard H. van Duren of University of Leeds, UK, and colleagues.

Decisions regarding bDMARD discontinuation must balance the risk of disease flares

bDMARDs have represented a major advancement in the treatment of rheumatic arthritis and other inflammatory diseases. Although effective in slowing disease progression, these biologic agents have traditionally been associated with an increased risk of infection.

In the case of total joint replacement, infections are a potentially devastating complication; thus, some surgeons and other specialists recommend discontinuing  bDMARD therapy during the perioperative period. “[H]owever,” the researchers write, “there has been no definitive evidence showing a clear benefit of discontinuing the use of bDMARDs, and in doing so, patients may be at an increased risk for higher disease activity.”

Toward clarifying the issue, Dr. van Duren and colleagues performed a systematic review of 11 studies that included 4,959 patients who discontinued their bDMARDs and 2,385 patients who continued their bDMARDs. The most common diagnosis among these patients was rheumatoid arthritis, and tumor necrosis factor inhibitors were the most common type of bDMARD. However, other diagnoses and bDMARDs were represented.

Disease flares compromise patient rehabilitation following orthopedic surgery. In addition, patients who experience a flare often require treatment with corticosteroids, introducing an additional risk of infection. “It is therefore important to balance the risk of flares against the risk of infection if bDMARDs are continued during the perioperative period,” Dr. van Duren and coauthors write.