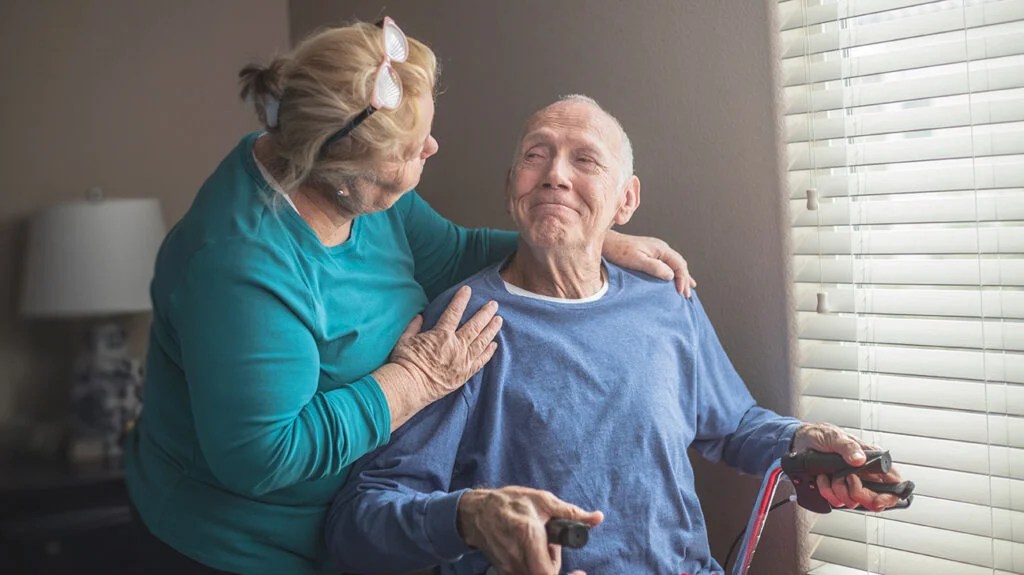 Anticholinergic drugs block the action of acetylcholine, a chemical messenger that controls a range of automatic bodily functions and plays a vital role in memory and attention.

However, over the past decade, growing evidence indicates anticholinergics may increase the risk of dementia in older adults.

Researchers at the University of California, San Diego, have now established a link between anticholinergics and mild cognitive impairment, which can lead to dementia, including Alzheimer’s disease.

The increased risk was particularly pronounced in individuals who had biomarkers for Alzheimer’s in their cerebrospinal fluid and in those with an increased genetic risk of developing the illness.

“We believe this interaction between anticholinergic drugs and Alzheimer’s risk biomarkers acts in a ‘double hit’ manner,” says Alexandra Weigand, who led the study.

In the first hit, she explains, Alzheimer’s biomarkers indicate that degeneration begins in a small region of the brain called the basal forebrain, which produces acetylcholine.

“In the second hit, anticholinergic drugs further deplete the brain’s store of acetylcholine,” she says. “This combined effect most significantly impacts a person’s thinking and memory.”

The results of the study appear in the journal Neurology.

The study involved 688 individuals who were part of the Alzheimer’s Disease Neuroimaging Initiative.

The participants had an average age of 74 years, and none showed signs of cognitive or memory problems at the start of the study.

One-third took at least one type of these medications, with an average of 4.7 anticholinergic drugs per person.

There were no differences in genetic or biomarker risk factors between those taking anticholinergics and those who were not.

However, there were higher levels of depressive symptoms, the total number of medications, and cardiac problems in those taking anticholinergics, so these variables were accounted for in all subsequent analyses.

From the start of the study, participants took annual cognitive tests for up to 10 years.

Among those taking at least one anticholinergic, there was an overall 47% increased risk of mild cognitive impairment compared with those taking none.

Participants who had Alzheimer’s biomarkers in their cerebrospinal fluid at the start of the study and were taking anticholinergics were almost 5 times as likely to show signs of mild cognitive impairments.

“This points to a potential area for improvement since reducing anticholinergic drug dosages may possibly delay cognitive decline,” says Weigand. “It’s important for older adults who take anticholinergic medications to regularly consult with their doctors and discuss medication use and dosages.”

In their paper, the authors conclude:

“Our findings suggest that the reduction of [anticholinergics] prior to the onset of overt cognitive problems may represent a critical period for intervention before these medications lead to lasting alterations in important cholinergic networks.”

They note that a limitation of their study was the homogeneity of the sample population in terms of education, ethnicity, and race. As a result, their findings may not generalize to the wider population.

In addition, participants were relatively healthy at the start of the study compared with the broader population.

For example, whereas one-third of their subjects were taking anticholinergics, other studies suggest that up to 70% of older adults take these drugs. This limited the new study’s ability to investigate the effect of the number of anticholinergics taken and their dosages.

Finally, the total number of participants in the study was relatively small, which may have limited the precision of its estimates.