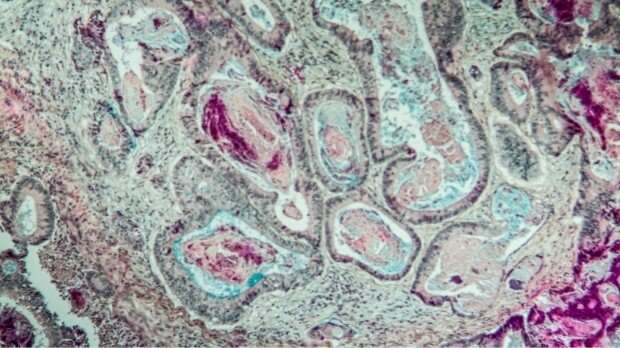 People who have previously been treated for a type of bowel cancer that has spread to other parts of their body will now have another treatment option in England, following the approval of the combined use of nivolumab (Opdivo) and ipilimumab (Yervoy) for these patients.

The National Institute of Health and Care Excellence (NICE) has approved this combination of immunotherapy drugs for use in adults with bowel cancer that has spread to other parts of the body (metastatic bowel cancer) and has a lot of errors (mutations) in its DNA.

Ben Chiu, policy manager at Cancer Research UK, said that this decision is “excellent news” for people with this type of cancer. “Even though some uncertainty remains, clinical evidence suggests that nivolumab plus ipilimumab can improve patients’ survival and help maintain their quality of life.”

Around 4 in 100 metastatic bowel cancers have a lot more DNA mutations than others, as they’re unable to repair any mistakes that are made in their DNA.

These cancers are said to have high ‘microsatellite instability’ (MSI) or ‘mismatch repair (MMR) deficiency,” which can make them more aggressive, and are associated with a poorer outlook and greater risk of death.

Despite this, there aren’t specific treatments for this type of bowel cancer, so people are offered the same treatment whether or not their cancer has this inability to fix mistakes in its DNA.

Patient experts explained to the NICE committee that this kind of diagnosis affects the quality of life both physically and psychologically, and that new treatments like the newly approved immunotherapy drugs are needed.

Why does immunotherapy work better for these patients?

Immunotherapies harness the body’s immune system to fight cancer. Researchers have found that bowel cancer tumors with high MSI or MMR deficiency have a lot of immune cells within them, but the cancer stops them from working. Nivolumab and ipilimumab block the cancer’s ability to do this, allowing the immune cells to attack the tumors.

Living longer and with fewer side effects

But following the NICE decision, patients with bowel cancer that has high MSI or an MMR deficiency will now have an option of a combination of immunotherapies.

Experts commented that having the immunotherapy combo rather than combination chemotherapy may mean less debilitating side effects. The absence of side effects like nausea, stomach pain and fatigue could give people a better quality of life.

The clinical evidence for the effectiveness of this treatment came from the single-arm, phase 2 CheckMate 142 study. The trial included 119 people with metastatic colorectal cancer with high MSI or MMR deficiency, previously treated with combination therapies.

As a single-arm trial, the study did not directly compare the use of nivolumab plus ipilimumab with other treatments, so the data had to be compared indirectly with data about current treatments.

The NICE committee concluded that despite this uncertainty, the trial showed that the benefits of the treatment, measured by overall survival for patients and the amount of time where their cancer didn’t get worse, was likely to be greater than current standard care.