Prime Minister Narendra Modi had asked all departments to identify “transformative ideas” for implementation in the first 100 days of government. 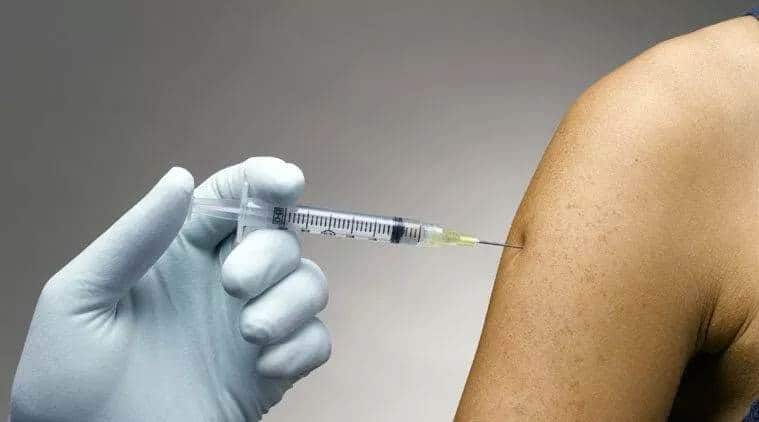 The Centre is set to roll out rotavirus vaccine in the universal immunisation programme across all states by September 2019. As part of the exercise, all 2.6 crore children born in India annually will be eligible to receive free of cost the vaccine that will protect them from diarrhoea. This is one of the three 100-day targets identified by the Union Health Ministry, sources said.

Prime Minister Narendra Modi had asked all departments to identify “transformative ideas” for implementation in the first 100 days of government.

The vaccine is currently being administered in Himachal Pradesh, Haryana, Odisha, Andhra Pradesh, Assam, Tripura, Rajasthan, Madhya Pradesh and Tamil Nadu. By September, all remaining 25 states and Union Territories will be covered under the programme.

The other two 100-day targets set by the ministry are to start a programme for setting up of at least one medical college or postgraduate medical institute — public or private — in every district in the country. The proposal is currently with the Expenditure Finance Committee for clearance.

The ministry also plans to ban e-cigarettes. The Centre sent an advisory to all states, asking them to not allow “sale, manufacture, distribution, trade import and advertisement” of electronic nicotine delivery systems or e-cigarettes on August 28, 2018, but the advisory has been challenged in court. Hence, there is a need for a complete ban, said sources from the Health Ministry.

Why rotavirus is dangerous

According to a report prepared by WHO, e-cigarettes or Electronic Nicotine Delivery Systems (ENDS) emit nicotine, the addictive component of tobacco products. In addition to dependence, nicotine can have adverse effects on the development of the foetus during pregnancy and may contribute to cardiovascular disease.

The WHO report further says that although nicotine itself is not a carcinogen, it may function as a “tumour promoter” and seems to be involved in the biology of malignant disease, as well as of neurodegeneration. Foetal and adolescent nicotine exposure may have long-term consequences for brain development, potentially leading to learning and anxiety disorders. The evidence is sufficient to warn children and adolescents, pregnant women, and women of reproductive age against ENDS and nicotine.