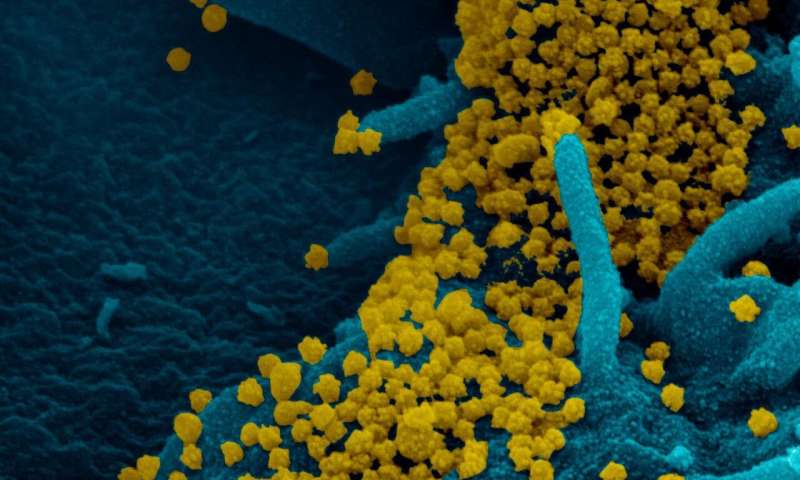 The majority of people infected with SARS-CoV-2 appear to actively shed infectious virus for about 8 days, but there is a wide range of variability from person to person. Understanding how long people can remain actively infected is important, because it provides new details about a disease and a virus that are still not well understood and informs public health decisions. Researchers report November 4 in the journal Cell an unusual case of one woman with leukemia and a low antibody count who was infected with the coronavirus for at least 105 days, and infectious for at least 70, while remaining asymptomatic the entire time.

“At the time we started this study, we really didn’t know much about the duration of virus shedding,” says senior author Vincent Munster, a virologist at the National Institute of Allergy and Infectious Diseases. “As this virus continues to spread, more people with a range of immunosuppressing disorders will become infected, and it’s important to understand how SARS-CoV-2 behaves in these populations.”

Munster, an expert in emerging infectious diseases, began publishing research on SARS-CoV-2 in January. He was contacted in April by infectious disease specialist Francis Riedo, a study co-author, about a patient in Kirkland, Washington, who had been infected very early in the COVID-19 pandemic. Riedo’s patient had had numerous positive PCR tests for the virus over a period of weeks, and he wanted to know if she was still shedding virus.

The patient, a 71-year-old woman, was immunocompromised due to chronic lymphocytic leukemia and acquired hypogammaglobulinemia. She never showed any symptoms of COVID-19. She was found to be infected with the virus when she was screened after being admitted to the hospital for severe anemia and her doctors recognized that she had been a resident of a rehabilitation facility experiencing a large outbreak. 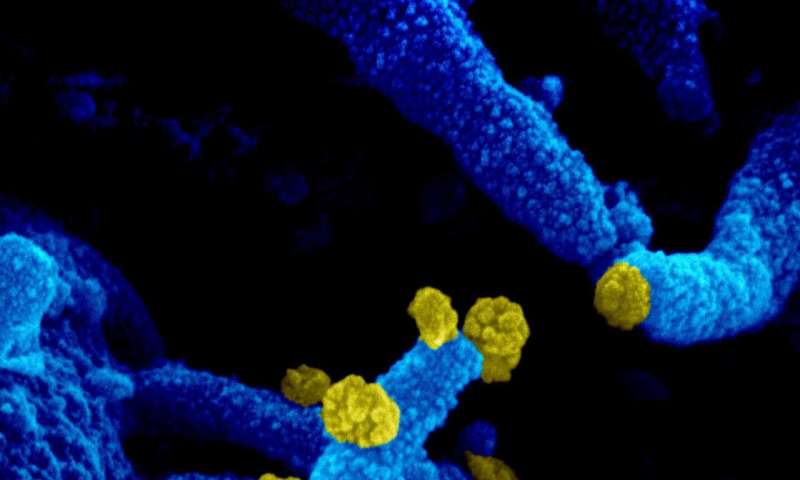 Munster’s lab at NIAID’s Rocky Mountain Laboratories in Hamilton, Montana, began studying samples that were regularly collected from the patient’s upper respiratory tract. They found that infectious virus continued to be present for at least 70 days after the first positive test, and the woman didn’t fully clear the virus until after day 105. “This was something that we expected might happen, but it had never been reported before,” Munster says.

The investigators believe the patient remained infectious for so long because her compromised immune system never allowed her to mount a response. Blood tests showed that her body was never able to make antibodies. At one point she was treated with convalescent plasma, but Munster doesn’t think the treatment had an effect because of its low concentration of antibodies. Despite her inability to mount an antibody response, she never went on to develop COVID-19.

The team performed deep sequencing on all the virus samples obtained from the patient to see how the virus might have changed over the course of the patient’s infection. Samples collected at various times displayed different dominant gene variants. However, the investigators don’t think that these mutations played a role in how long the virus persisted, because they saw no evidence of natural selection. Selection would have been implicated if one of the variants had appeared to provide the virus with a survival benefit and had become the dominant variant, but none of them did. They also tested whether or not the mutations affected the ability or speed of the virus to replicate and found no differences.