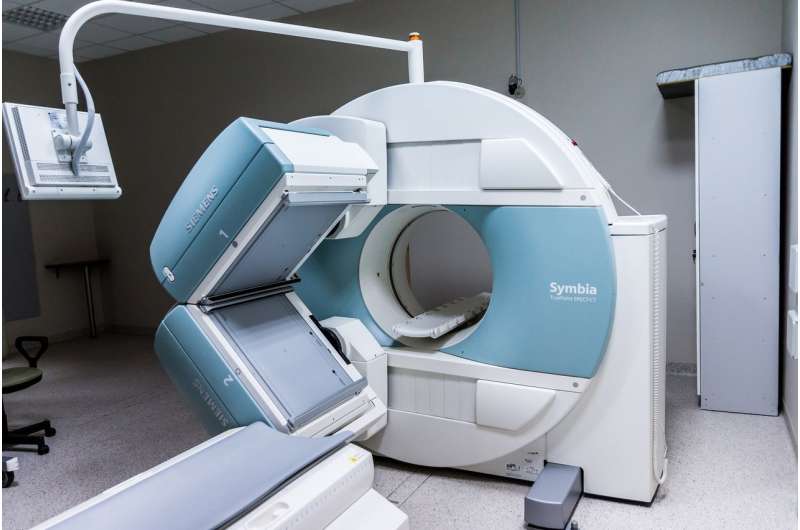 A cardiac MRI of athletes who had COVID-19 is seven times more effective in detecting inflammation of the heart than symptom-based testing, according to a study led by researchers at The Ohio State University Wexner Medical Center and College of Medicine with 12 other Big Ten programs.

The findings are published online by JAMA Cardiology.

“This is the largest study of college athletes and comprehensive cardiac evaluation including cardiac MRIs. We were surprised to find the majority of cases were asymptomatic. We found myocardial changes among those who didn’t describe cardiac symptoms. What we don’t know is if this is clinically significant for the athlete. Is this a minor change in the heart that resolves or persists and has the potential to cause issues,” said Dr. Curt Daniels, a cardiologist and professor at the Ohio State Wexner Medical Center who led a team of 30 researchers on the study.

In September 2020, the Big Ten Conference mandated advanced testing for all COVID-19 positive athletes before they could return to play, citing studies that showed myocardial inflammation in patients who recovered from COVID-19. The incidence of sudden cardiac death in collegiate athletes has been estimated at one per 50,000 per year. Myocarditis is usually caused by a viral infection and is more common in males than females.

Thirteen Big Ten universities agreed to share data about athletes with COVID-19 from March 1, 2020 to Dec. 15, 2020. The study focused on the results of athletes who had cardiac screenings, which included CMRs, electrocardiograms (electrical signal of the heartbeat), echocardiograms (an ultrasound of the heart) and blood tests to evaluate for myocardial inflammation or injury. Researchers found that CMR was highly effective at detecting both symptomatic and asymptomatic myocarditis as well as allowing athletes to immediately resume their sport if screenings were normal. With this protocol, 97.7% of the Big Ten athletes were cleared to return to exercise and competition.

“The recommendation is that those diagnosed with myocarditis should rest for three months, but there’s no data to support that. This study was the first ever to have follow-up cardiac MRIs for those diagnosed with myocarditis following COVID-19, and some showed heart inflammation resolved in as few as four weeks later. But some still had scar tissue, and the question is how that will affect their health in the future,” said Dr. Saurabh Rajpal, co-author, cardiologist and assistant professor in the Division of Cardiovascular Medicine.

The research supports findings from a smaller study in 2020 led by Rajpal and Daniels that showed CMR is effective in identifying myocardial inflammation.

Researchers of the Big 10 study recommended further studies evaluating which athletes would benefit from CMR testing following COVID-19 infection. However, they noted several obstacles with CMR screening, including accessibility and expertise required for interpretation after a positive COVID-19 diagnosis.

“The challenge is that competitive athletes are used to aches and pains and working through them, and they may not report cardiac symptoms. This research helps raise awareness about asymptomatic myocarditis. Those who are diagnosed with it may need to rest and slowly ramp up exercise even though they’re not describing any cardiac symptoms,” Daniels said.

The next step in the research is a core analysis of the data by experts from the Big Ten participating institutions who specialize in interpreting CMRs, echocardiograms and electrocardiograms.