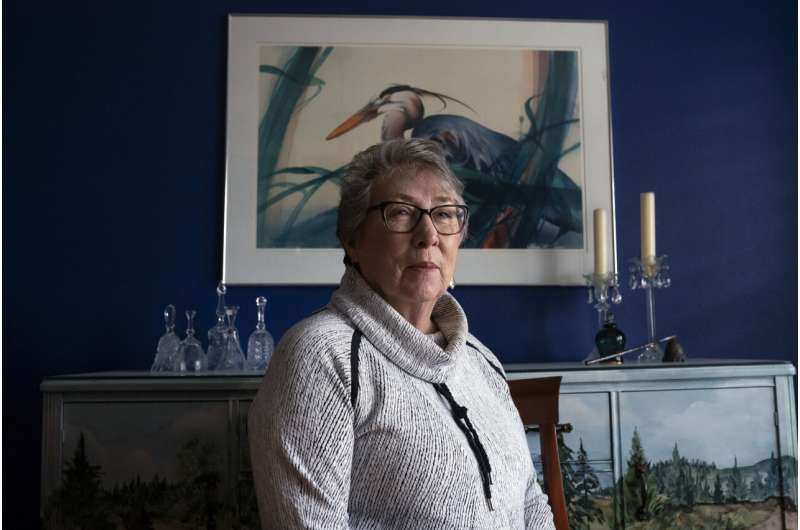 Joyce Ares had just turned 74 and was feeling fine when she agreed to give a blood sample for research. So she was surprised when the screening test came back positive for signs of cancer.

After a repeat blood test, a PET scan and a needle biopsy, she was diagnosed with Hodgkin lymphoma.

“I cried,” the retired real estate broker said. “Just a couple of tears and thought, ‘OK, now what do we do?'”

The Canby, Oregon, resident had volunteered to take a blood test that is being billed as a new frontier in cancer screening for healthy people. It looks for cancer by checking for DNA fragments shed by tumor cells.

Such blood tests, called liquid biopsies, are already used in patients with cancer to tailor their treatment and check to see if tumors come back.

Now, one company is promoting its blood test to people with no signs of cancer as a way to detect tumors in the pancreas, ovaries and other sites that have no recommended screening method.

It’s an open question whether such cancer blood tests—if added to routine care—could improve Americans’ health or help meet the White House’s goal of cutting the cancer death rate in half over the next 25 years.

With advances in DNA sequencing and data science making the blood tests possible, California-based Grail and other companies are racing to commercialize them. 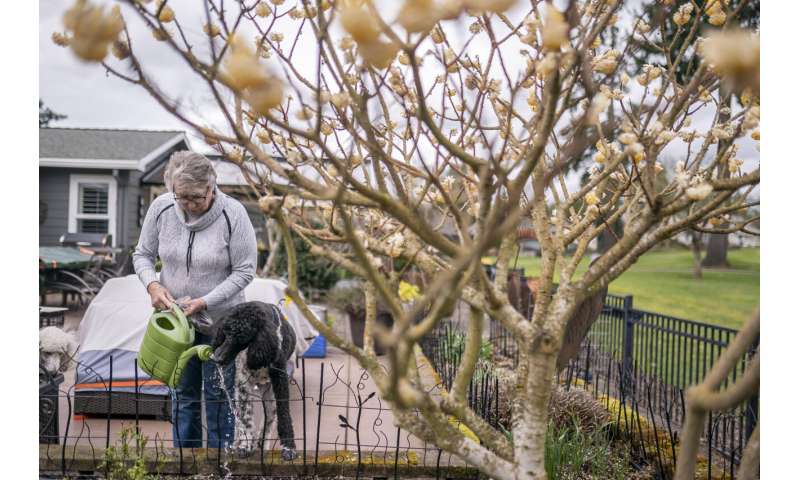 And U.S. government researchers are planning a large experiment—possibly lasting seven years and with 200,000 participants—to see if the blood tests can live up to the promise of catching more cancers earlier and saving lives.

“They sound wonderful, but we don’t have enough information,” said Dr. Lori Minasian of the National Cancer Institute, who is involved in planning the research. “We don’t have definitive data that shows that they will reduce the risk of dying from cancer.”

Grail is far ahead of other companies with 2,000 doctors willing to prescribe the $949 test. Most insurance plans don’t cover the cost. The tests are being marketed without endorsements from medical groups or a recommendation from U.S. health authorities. Review by the Food and Drug Administration isn’t required for this type of test.

“For a drug, the FDA demands that there is a substantial high likelihood that the benefits not only are proven, but they outweigh the harms. That’s not the case for devices like blood tests,” said Dr. Barry Kramer of the Lisa Schwartz Foundation for Truth in Medicine.

Grail plans to seek approval from the FDA, but is marketing its test as it submits data to the agency.

The history of cancer screening has taught caution. In 2004, Japan halted mass screening of infants for a childhood cancer after studies found it didn’t save lives. Last year, a 16-year study in 200,000 women in the United Kingdom found regular screening for ovarian cancer didn’t make any difference in deaths. 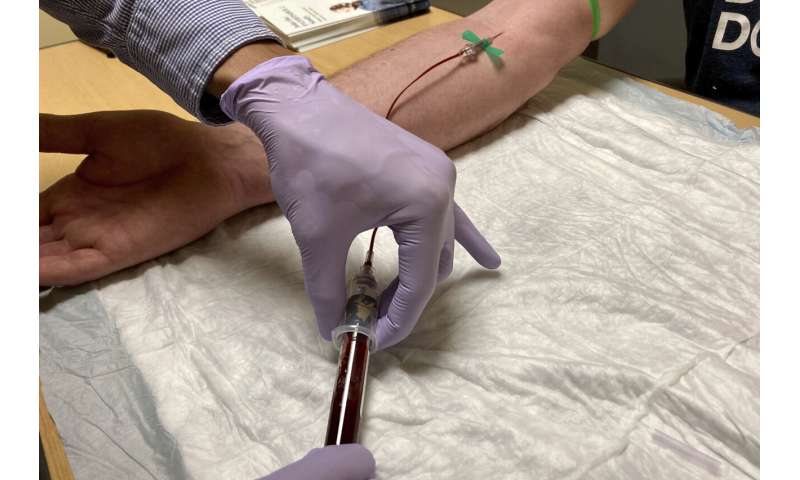 Cases like these have uncovered some surprises: Screening finds some cancers that don’t need to be cured. The flip side? Many dangerous cancers grow so fast they elude screening and prove deadly anyway.

And screening can do more harm than good. Anxiety from false positives. Unnecessary costs. And serious side effects from cancer care: PSA tests for men can lead to treatment complications such as incontinence or impotence, even when some slow-growing prostate cancers would never have caused trouble.

The evidence is strongest for screening tests for cancers of the breast, cervix and colon. For some smokers, lung cancer screening is recommended.

The recommended tests—mammography, PAP tests, colonoscopy—look for one cancer at a time. The new blood tests look for many cancers at once. That’s an advantage, according to Grail executive Dr. Joshua Ofman.

“We screen for four or five cancers in this country, but (many) cancer deaths are coming from cancers that we’re not looking for at all,” Ofman said.

Dr. Tomasz Beer of Oregon Health & Science University in Portland led the company-sponsored study that Joyce Ares joined in 2020. After a miserable winter of chemotherapy and radiation, doctors told her the treatment was a success. 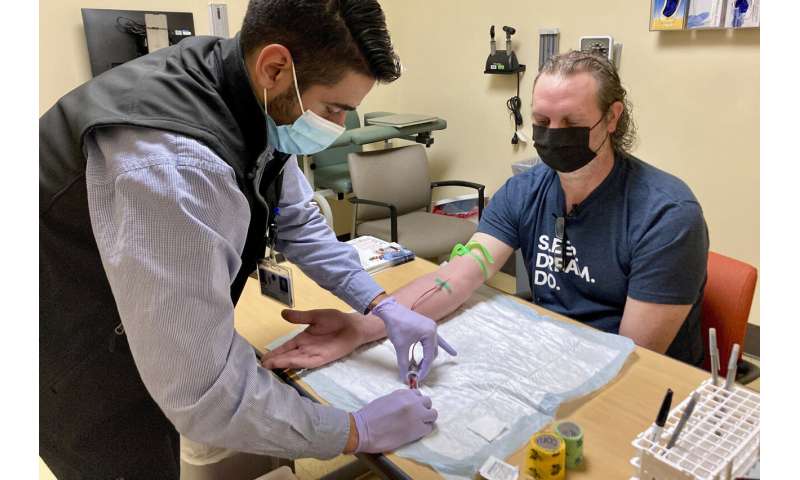 Her case isn’t an outlier, “but it is the sort of hoped-for ideal outcome, and not everyone is going to have that,” Beer said.

While there were other early cancers detected among study participants, some had less clear-cut experiences. For some, blood tests led to scans that never located a cancer, which could mean the result was a false positive, or it could mean there’s a mystery cancer that will show up later. For others, blood tests detected cancer that turned out to be advanced and aggressive, Beer said. One older participant with a bad case declined treatment.

Grail continues to update its test as it learns from these studies, and is sponsoring a trial with Britain’s National Health Service in 140,000 people to see if the blood test can reduce the number of cancers caught in late stages.

Although Ares feels lucky, it’s impossible to know whether her test added healthy years to her life or made no real difference, said Kramer, former director of the National Cancer Institute’s Division of Cancer Prevention.

“I sincerely hope that Joyce benefited from having this test,” Kramer said when told of her experience. “But unfortunately, we can’t know, at the individual Joyce level, whether that’s the case.”

Cancer treatments can have long-term side effects, he said, “and we don’t know how fast the tumor would have grown.” Treatment for Hodgkin lymphoma is so effective that delaying therapy until she felt symptoms might have achieved the same happy outcome. 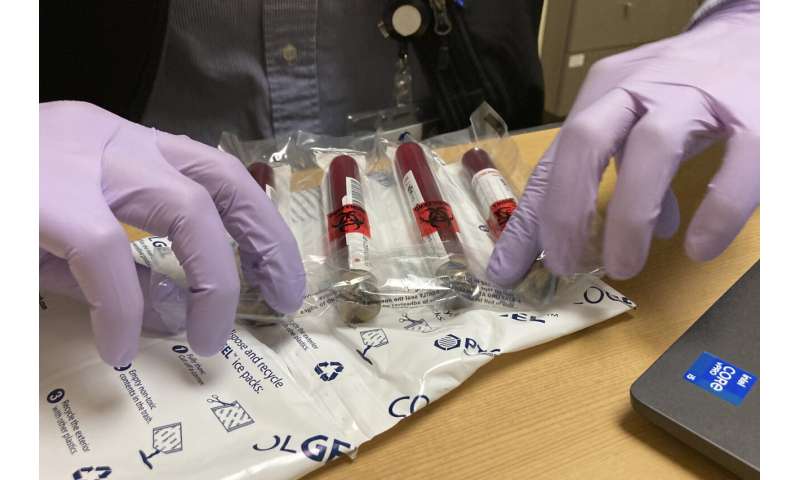 For now, health experts stress the Grail blood test is not a cancer diagnosis; a positive result triggers further scans and biopsies.