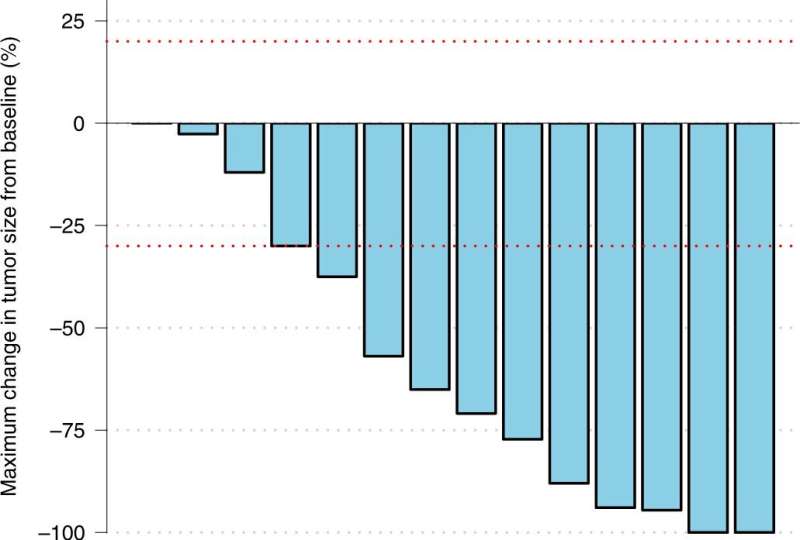 An Austrian study led by MedUni Vienna showed that active brain metastases in breast cancer patients are partially or even completely regressed by a novel class of drug. This is a chemical conjugate of an antibody and a chemotherapy drug that, according to current findings, opens up a completely new avenue in oncological research and targeted therapy. The study results were published in the journal Nature Medicine and are considered ground-breaking in the treatment of brain metastases, a dreaded complication of cancer.

The study included 14 women and one man with HER2-positive breast cancer and brain metastases, who were being treated by the Division of Oncology of MedUni Vienna and University Hospital Vienna. In the study, the Austrian research team led by Matthias Preusser and Rupert Bartsch (Division of Oncology within the Department of Medicine I of MedUni Vienna and University Hospital Vienna) investigated the agent trastzumab deruxtecan (T-Dxd) as a possible new therapeutic approach in cases where breast cancer spreads to the brain.

The findings were as follows: T-Dxd shrank the metastases in 73.3% of patients and made them completely disappear from brain scans in two out of 15 patients (13.3%). In addition to this extremely positive result, the researchers also found that the drug was well tolerated: there was no deterioration in the participants’ brain function or quality-of-life during the treatment period. Moreover, T-Dxd is already approved within the EU and other parts of the world: “It can therefore be used immediately for the treatment of breast cancer patients with brain metastases in specialized oncology units in Austria and internationally,” points out study leader Matthias Preusser.

T-Dxd was approved by the European Medicines Agency (EMA) in 2021 for the treatment of unresectable or metastatic HER2-positive breast cancer. It is a chemical conjugate of an antibody against HER2 (trastuzumab) and a chemotherapy drug (deruxtecan). Until now, it was not known whether the novel conjugate could be effective in active brain metastases.